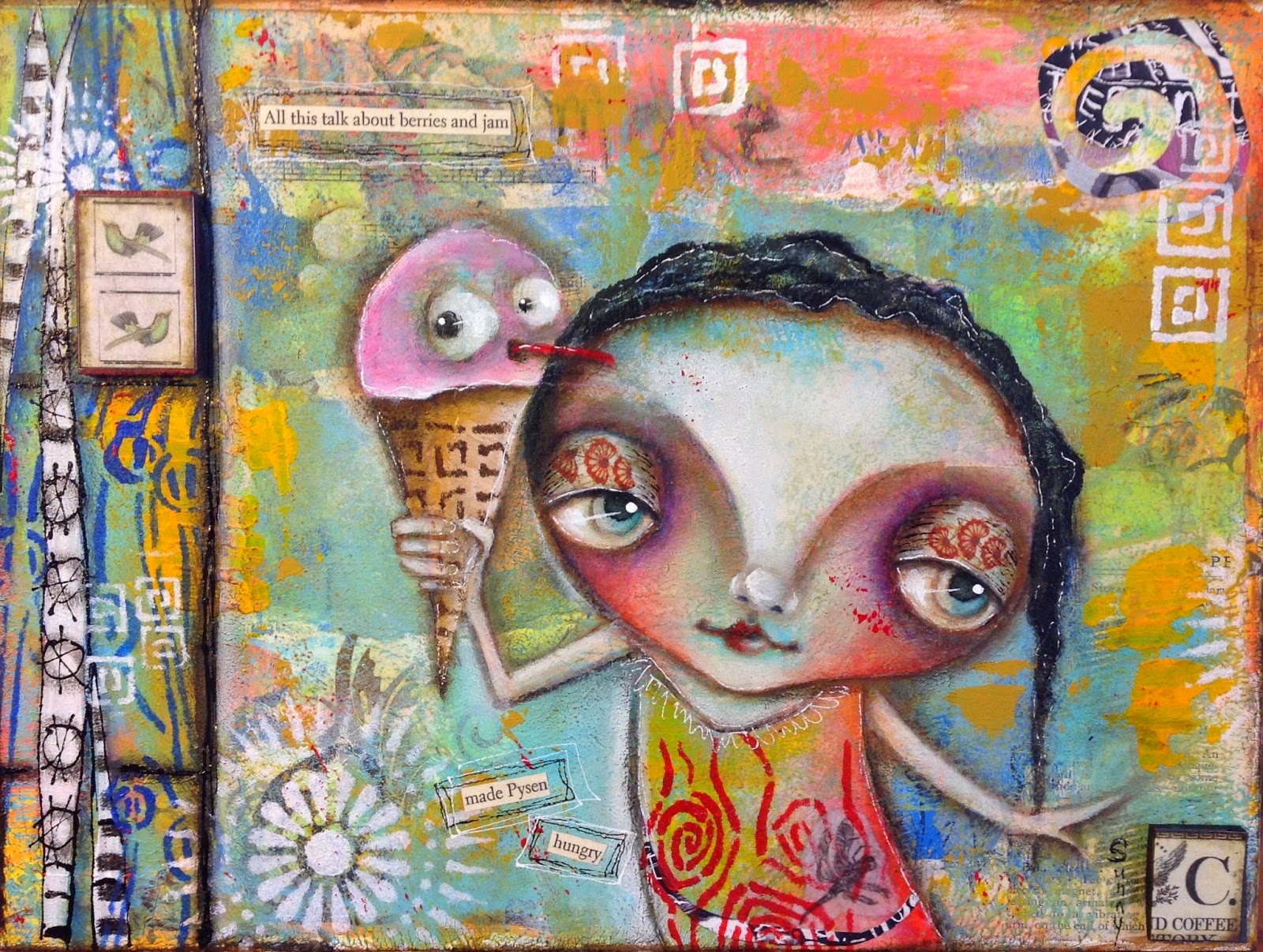 Hello, all!  It's Sunny Carvalho here today to present my method of using StencilGirl stencils in my work.  Thank you so much to the StencilGirl crew for inviting me!
I typically begin with a birch panel and give it few sprays of Liquitex Spray Paint to remove the "fear" of the blank surface.  I also often spread on a bit of Coarse Texture Medium to get a slightly bumpy surface.  In this particular painting, I also started the world and the moon using Golden Molding Paste and started the girl with black craft acrylic and a brush.  I really like to use the craft acrylic at this point because it is thin and lightly pigmented.  I use it almost like I would use a pencil, just drawing in the figure.  I start most of my paintings in this way, so we will pick up from there. 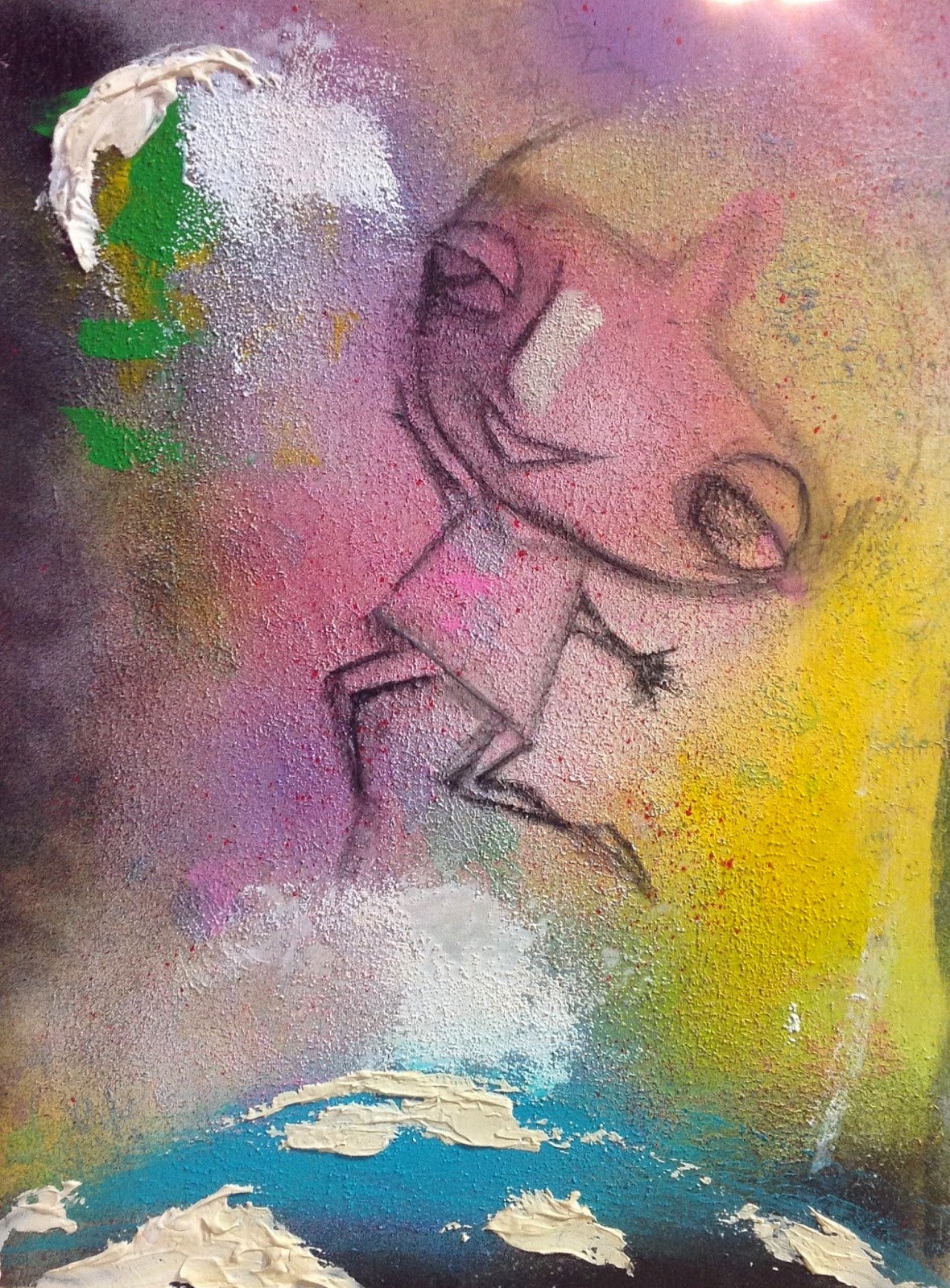 After some drying time for the molding paste and texture medium, I started the facial color with Golden Titan Buff Fluid Acrylic.  On this layer, I did my first stenciling using the Tropical Floral Stencil. 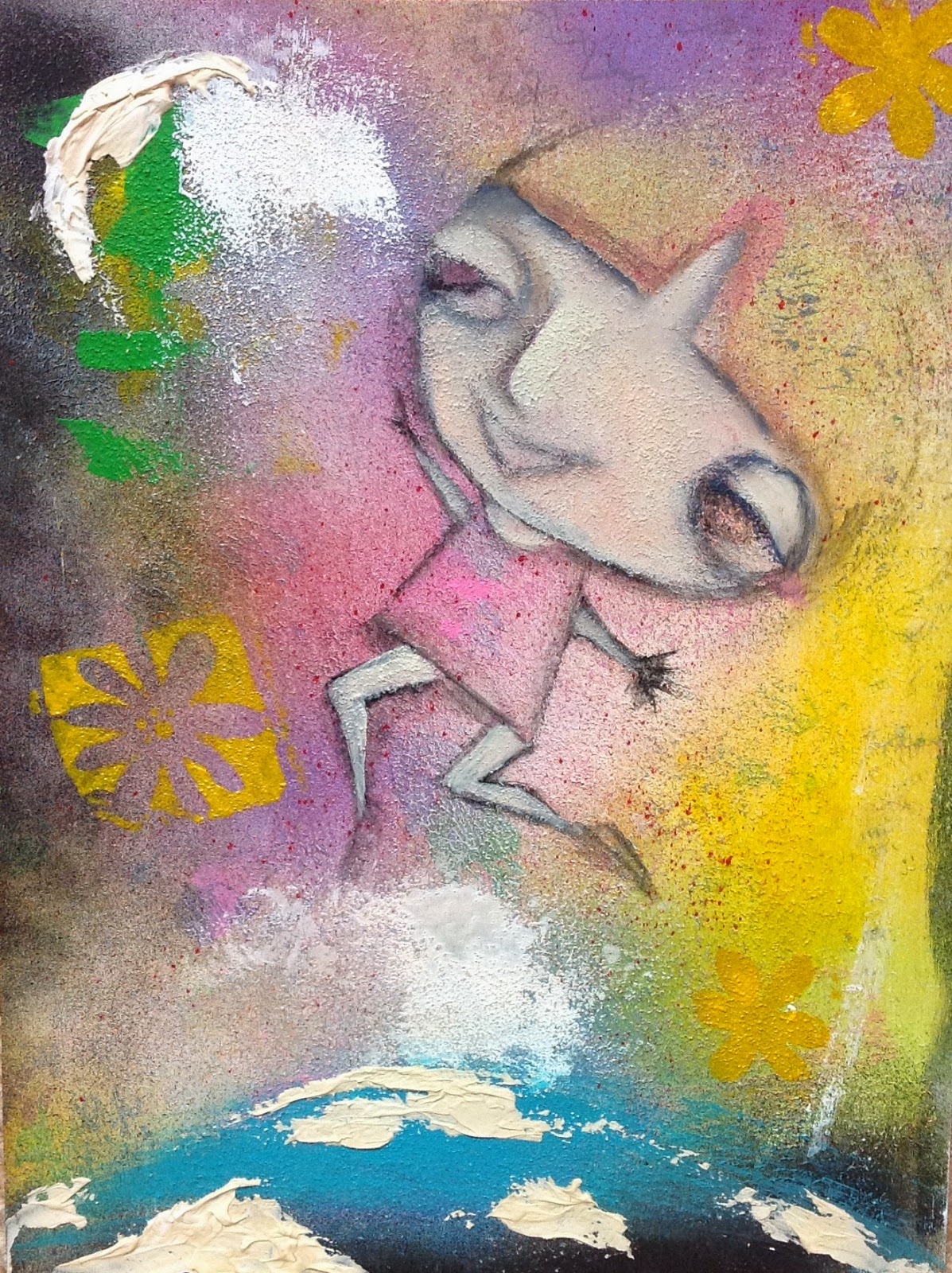 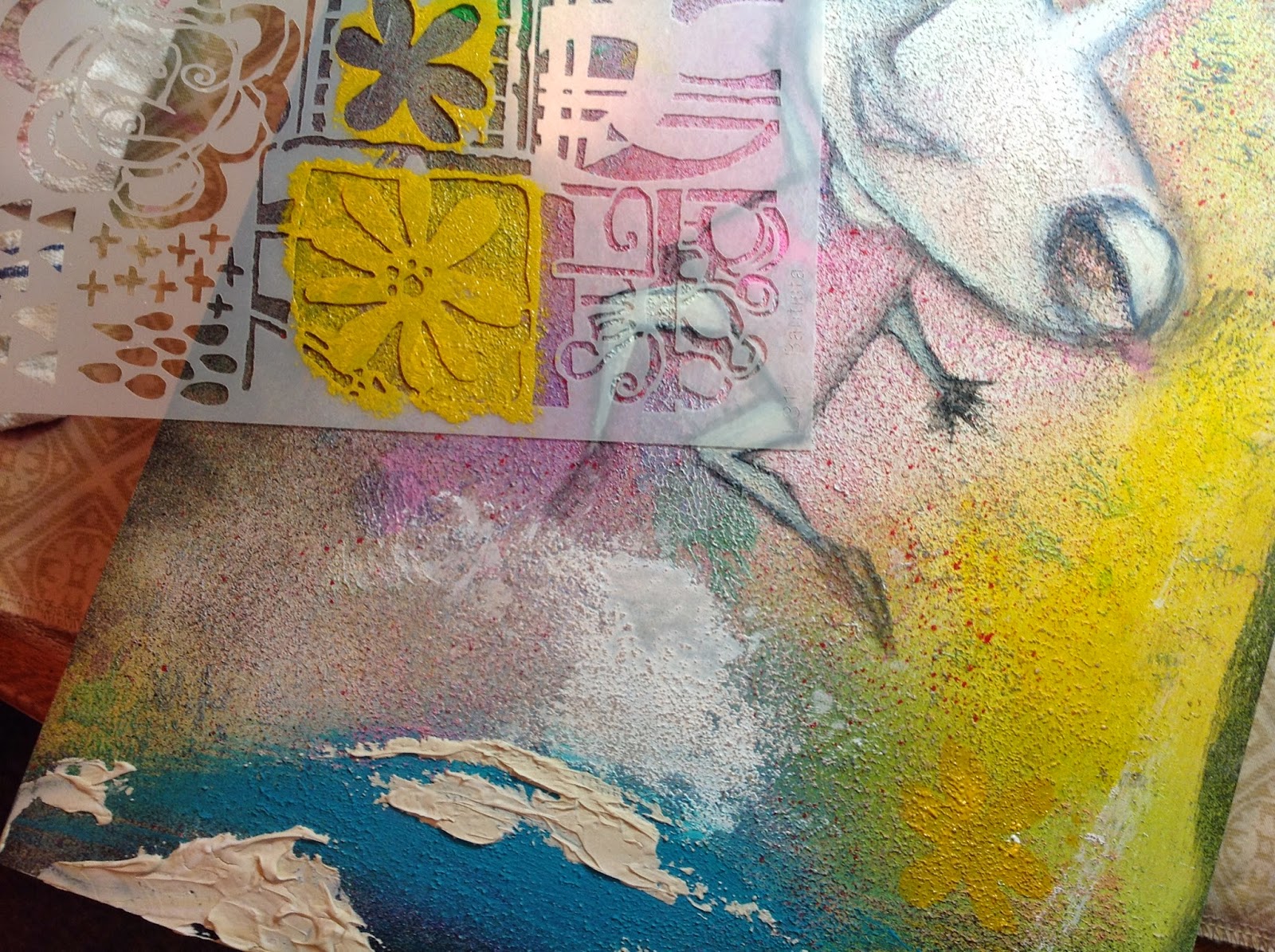 In the next layer, I began deepening the colors using Golden Fluid Acrylics.  I also started adding some shadowing in the face and some color to the moon. 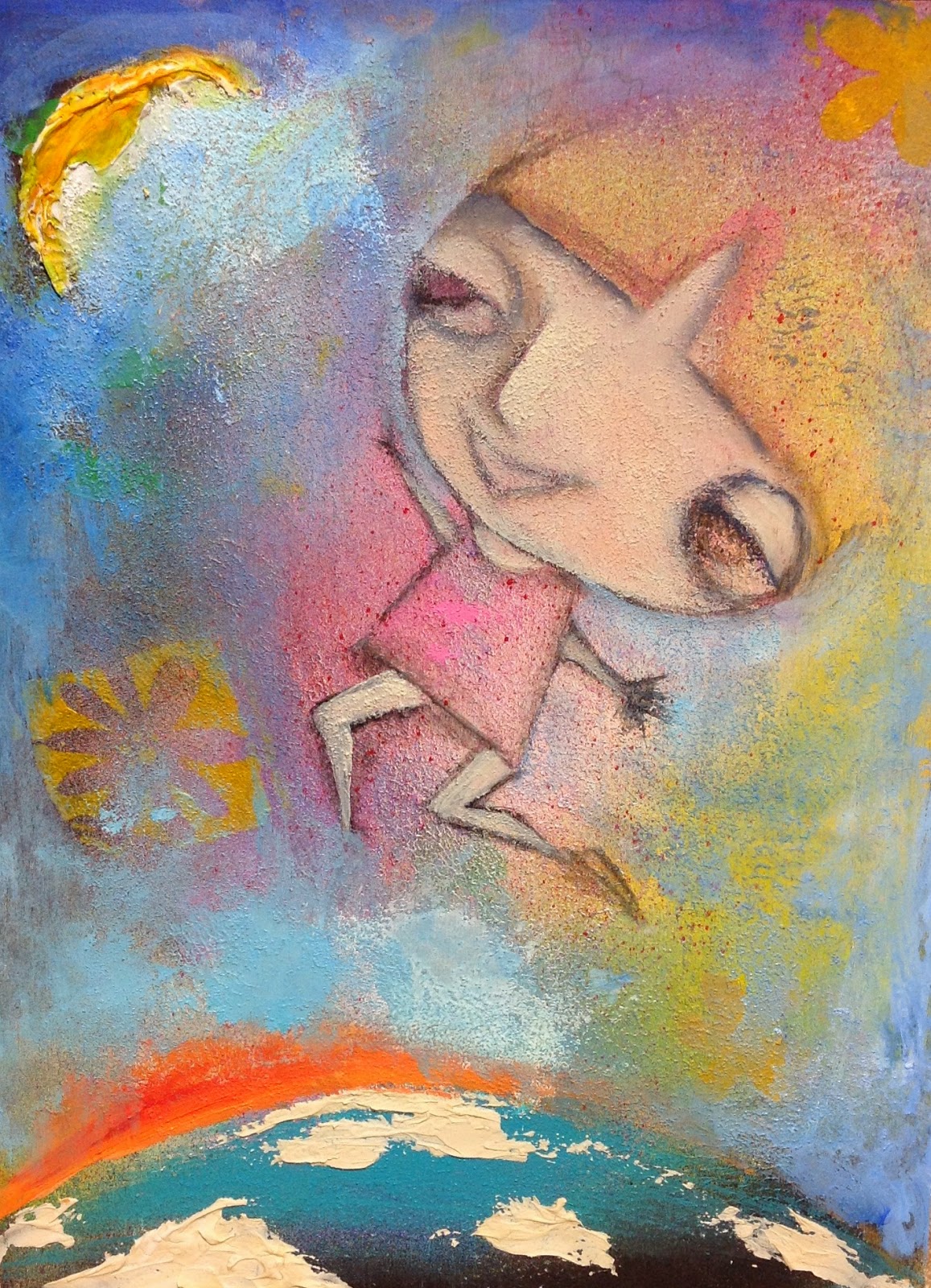 At this point, I added the hair so that I could gauge how my colors were going to interact with each other.  I used Blick Acrylic, combining several colors in the brush with each stroke.  I typically put down 3-4 colors plus Titanium White on the palette and just dip into them all before putting the stroke onto the surface.  I also added a stencil into the sunset area to give the illusion of rays of sun. 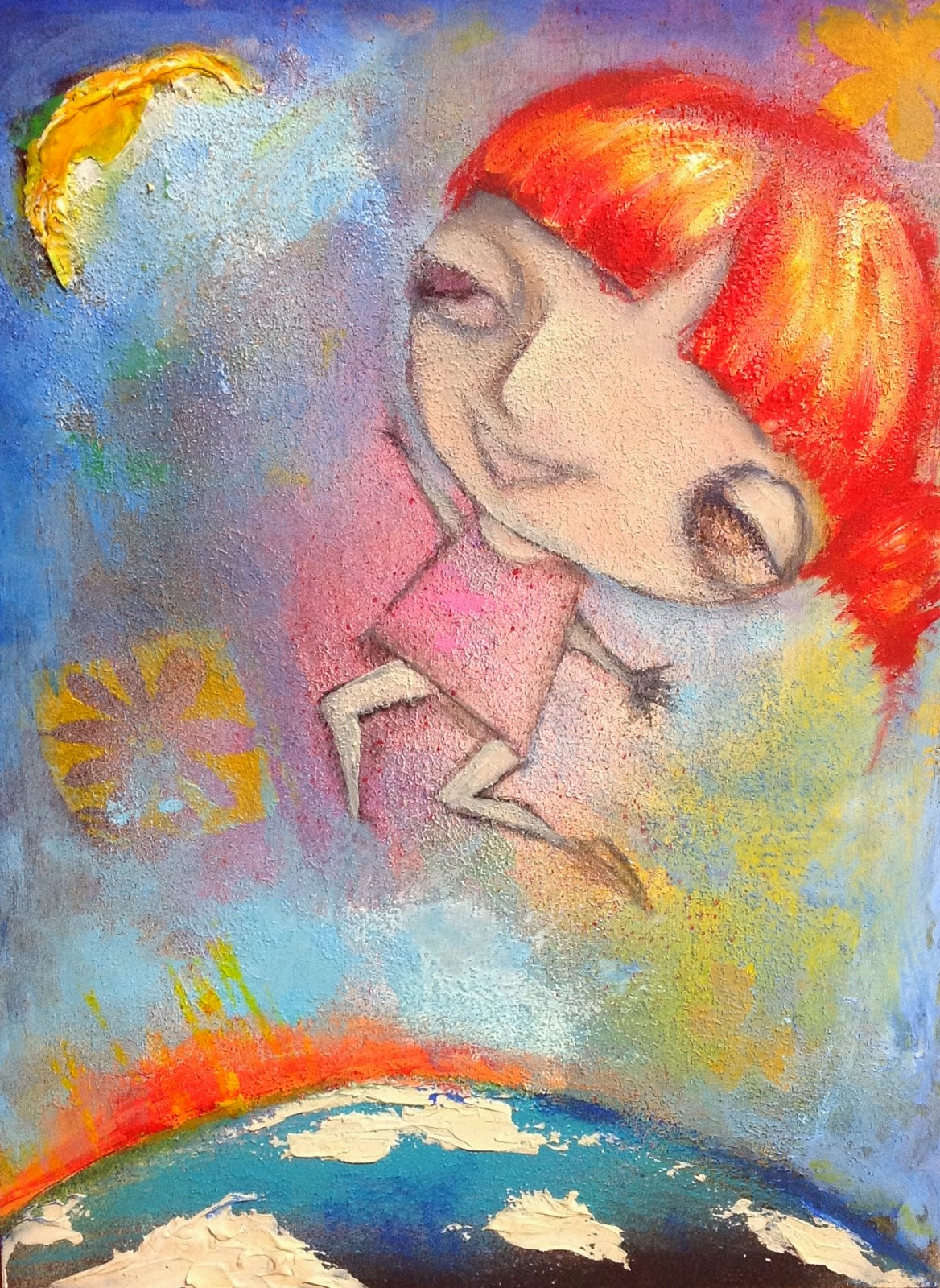 I decided that her back leg was a bit too long so I painted over it a bit and shortened it (the point of me showing you that step is to illustrate that changes can always be made!).  I started to detail her face a bit more.  The colors that I use in most every face that I paint are Titan Buff, Burnt Umber Light, Paynes Gray, Pyrrole Red Light and Titanium White.  I also continue to use the black craft acrylic where I need darkness.  I also detailed the moon. 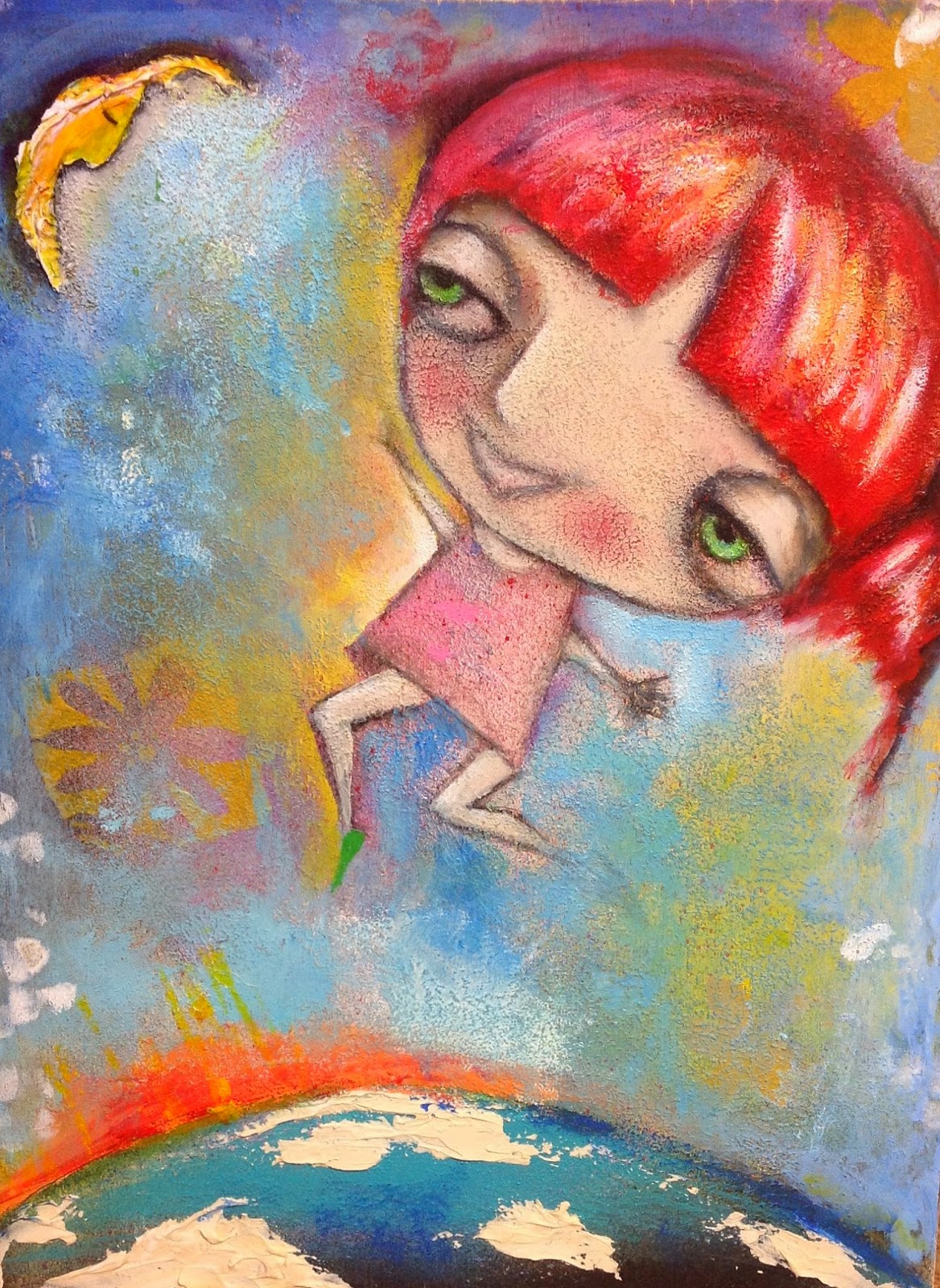 I was pretty happy with the face so I decided that she needed a bright detail around one eye.  StencilGirl had the perfect thing for that!  I stenciled the outer part of the sun but not the center of the Sun and Moon stencil. 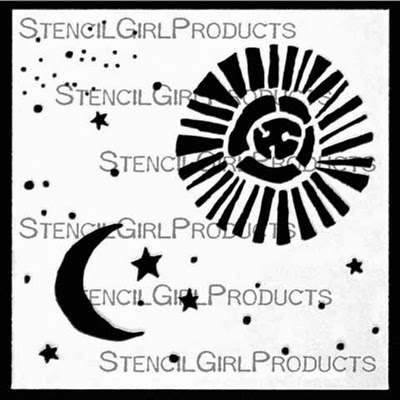 I also added some stenciling in the lower left and upper right. 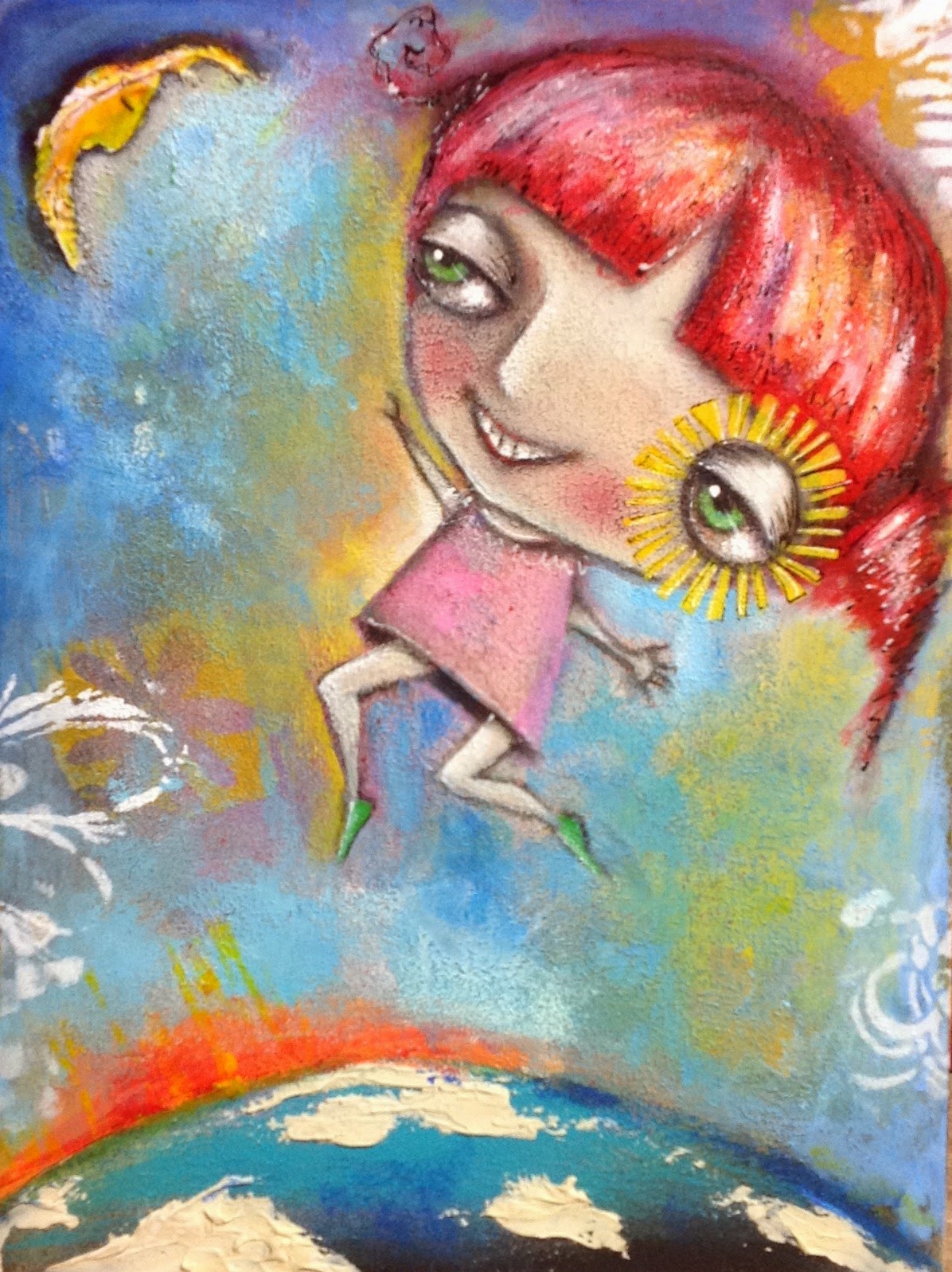 I detailed the stencil edges around the eye a bit with a Gelly Roll Black Gel Pen.  I added a small piece of digital art and then stenciled around it, deepened the face colors a bit more, added color to the dress and added the moose walking across the top of the world. Here I added part of the Borders stencil. 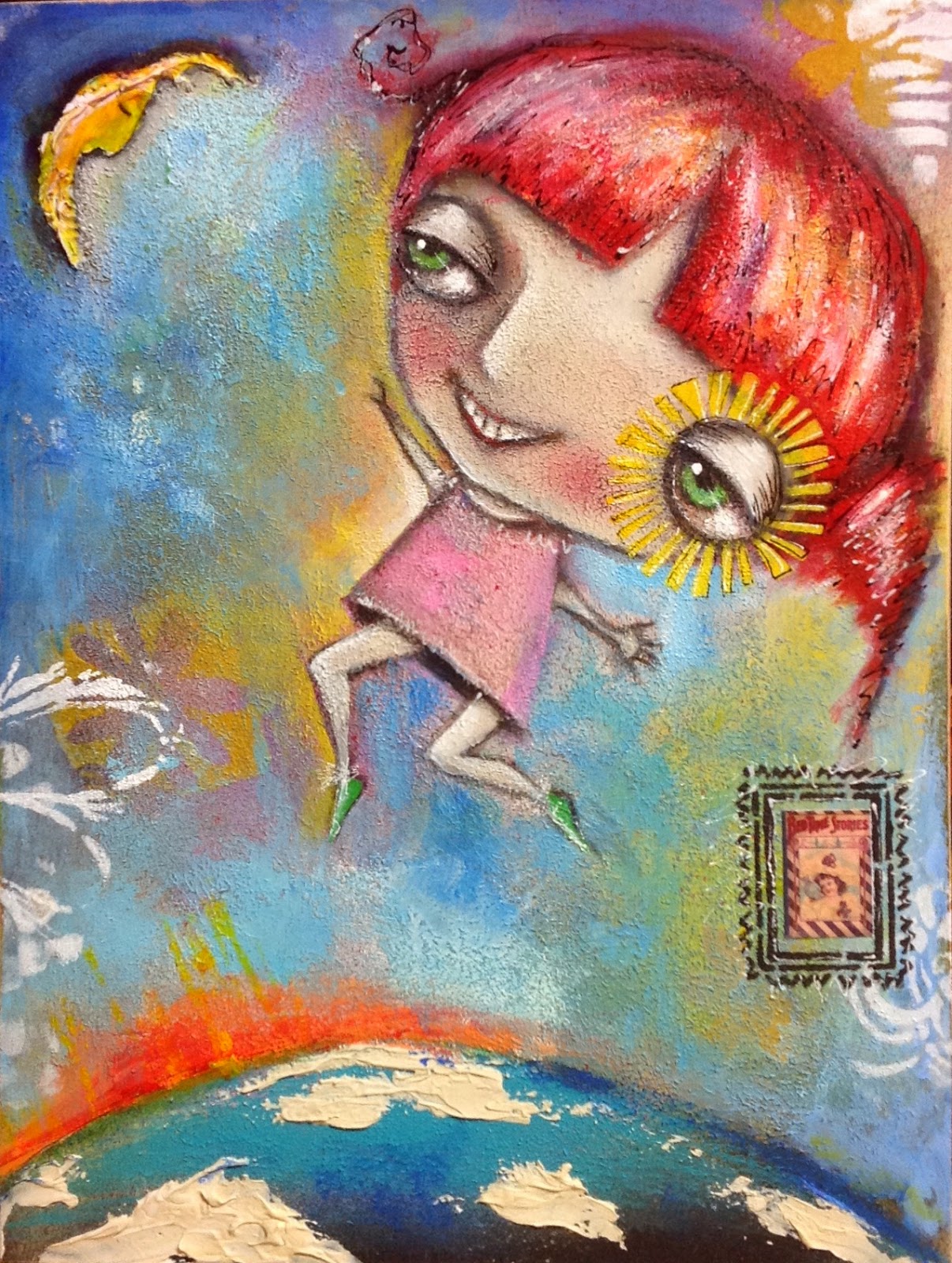 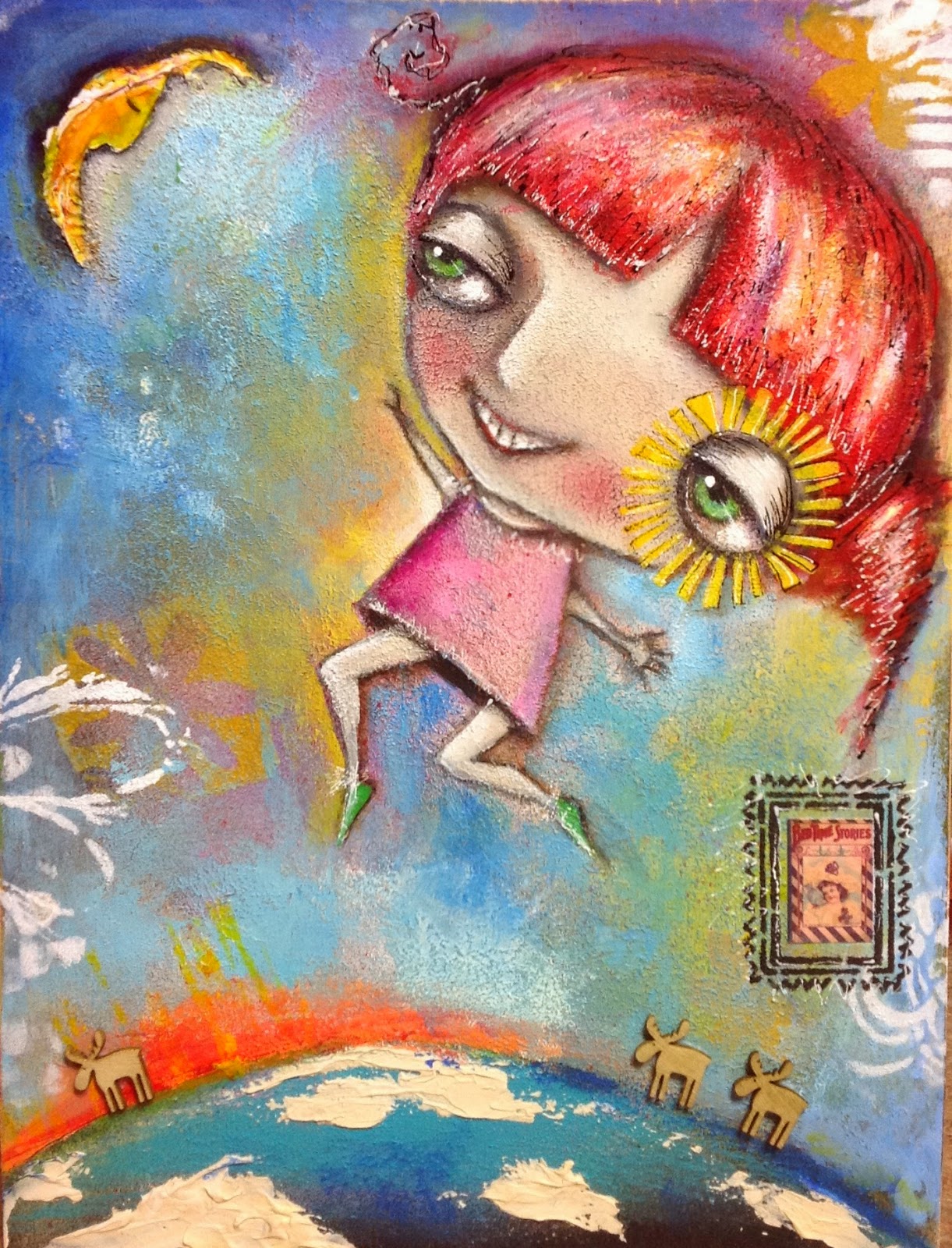 I added some black detailing within the stenciling, highlights in the eyes, words from a book and then a thick layer of Blick Acrylic over a stencil for the flower on the dress. 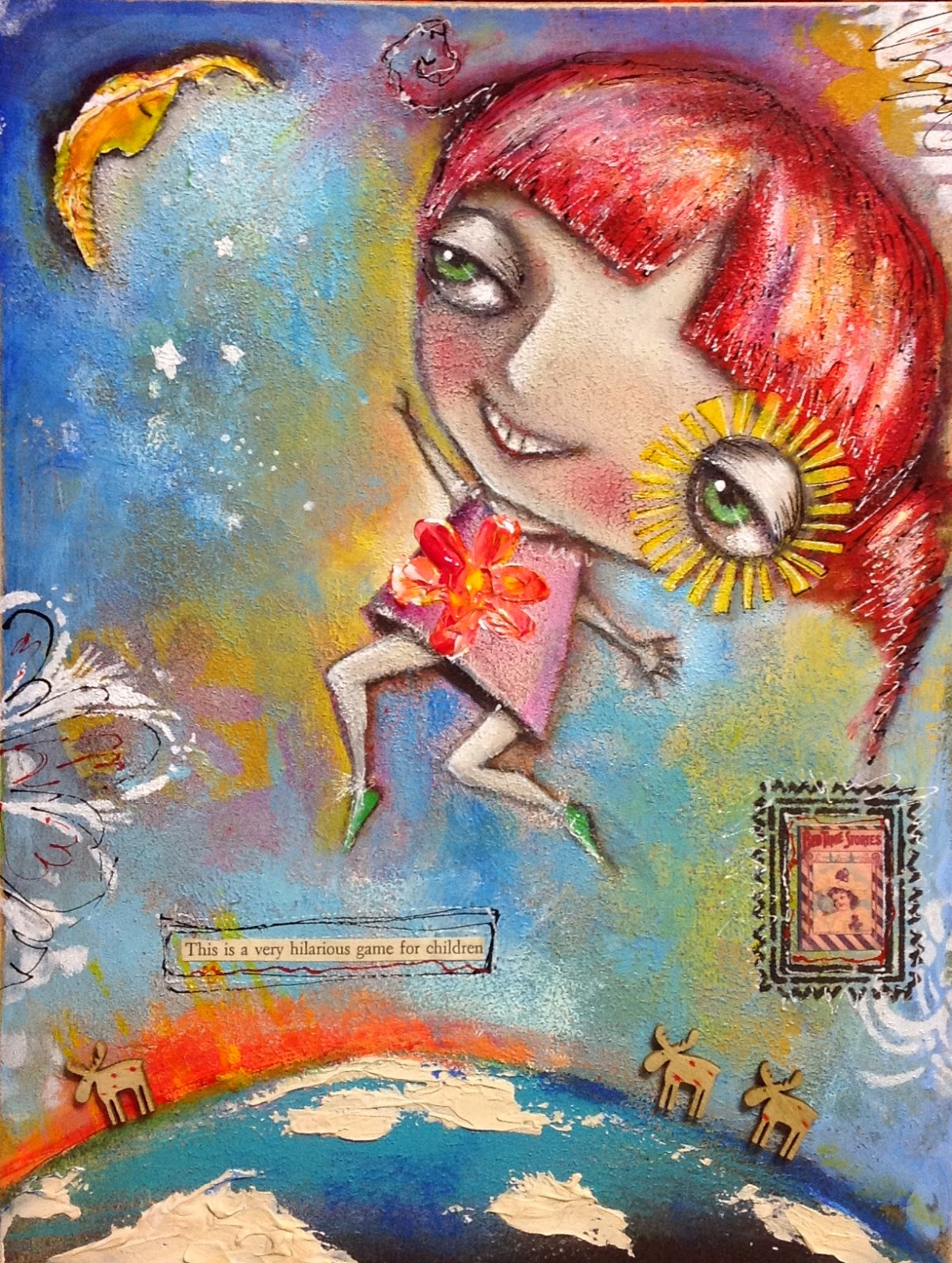 Final Detailing and a bit of sunshine in the bottom left stencil area.  Complete! 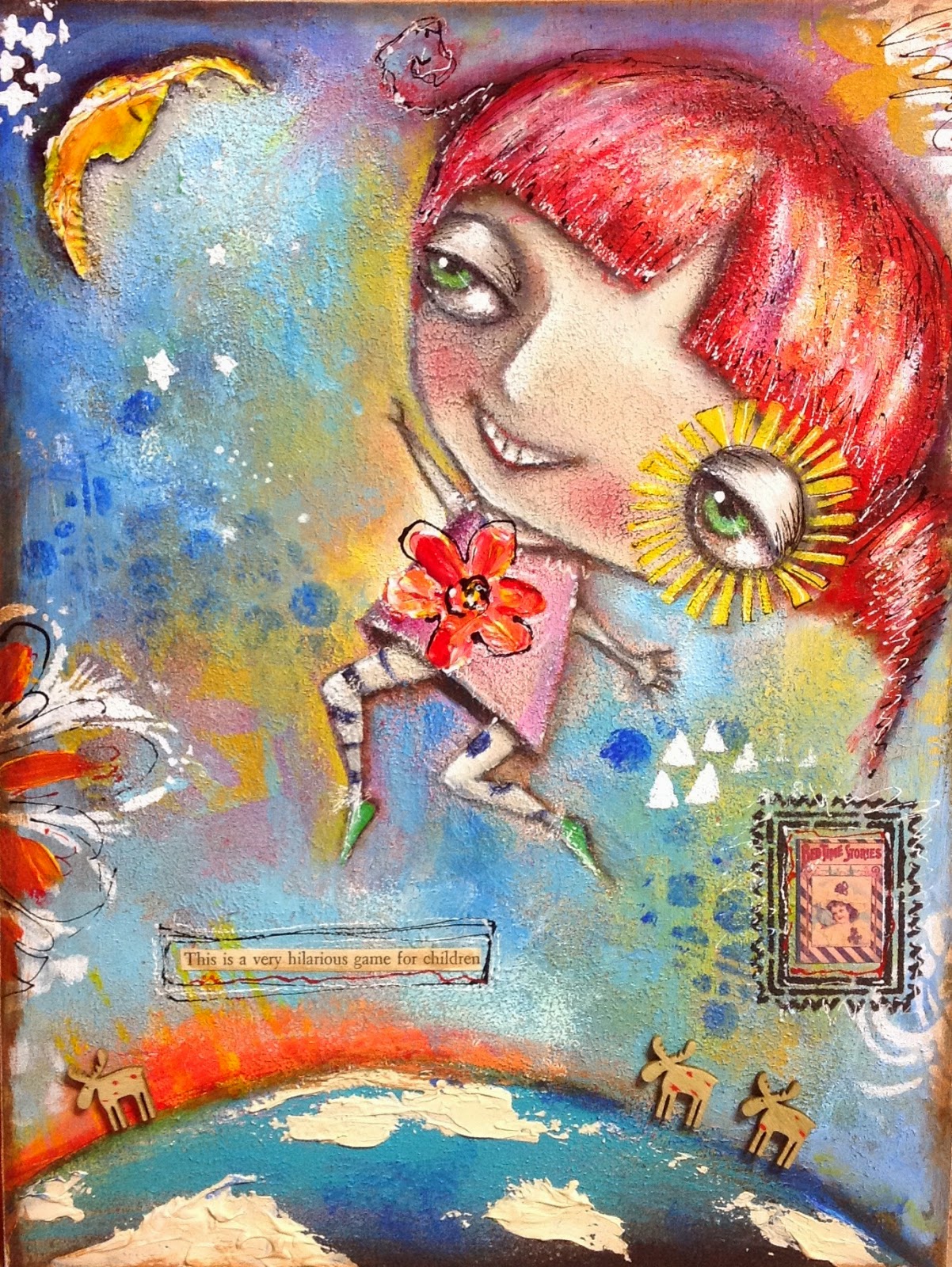 I will also show you a completed painting without all the steps in between.  In this painting, you can see the stenciling in blue in the background on the left side, and lots of white stenciling everywhere else. A list of all the stencils I used is below.

As is my usual way, I always say, "Too much is never enough"!!  I hope you enjoyed seeing the progression of one of my paintings.  Be brave and stencil your day away!  Thank you for looking!

Sunny Carvalho is a mixed media artist living in Alabama amidst the chaos of too many art supplies.  Focusing on hand-sculpted ceramic dolls and pendants and mixed media paintings, her quirky characters have found their way into many of the mixed media magazines.  She is an instructor with Artfest (Seattle - which had it’s final retreat in 2012), Art is You (Petaluma, and Benecia, CA, Nashville, Memphis, Minneapolis), and Art Unraveled (Phoenix), as well as various individual studios.  According to her husband, she lives in a world where everything is happy and squirrels iron her pants. Find me here: FaceBook, Blog, Etsy 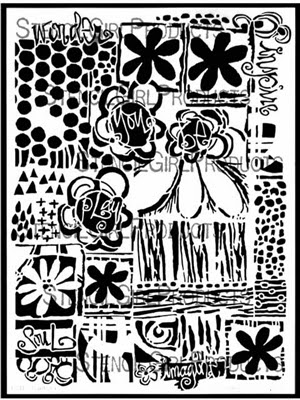 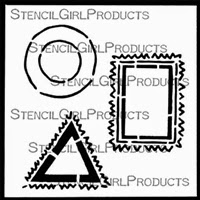 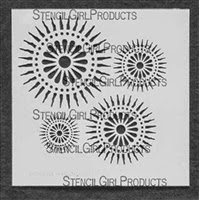 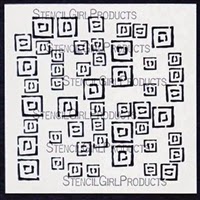 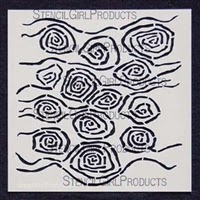 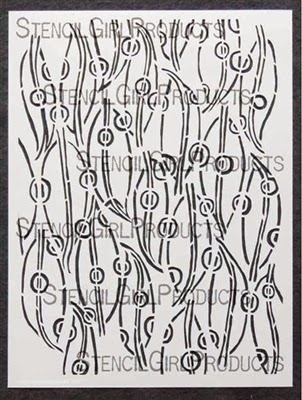