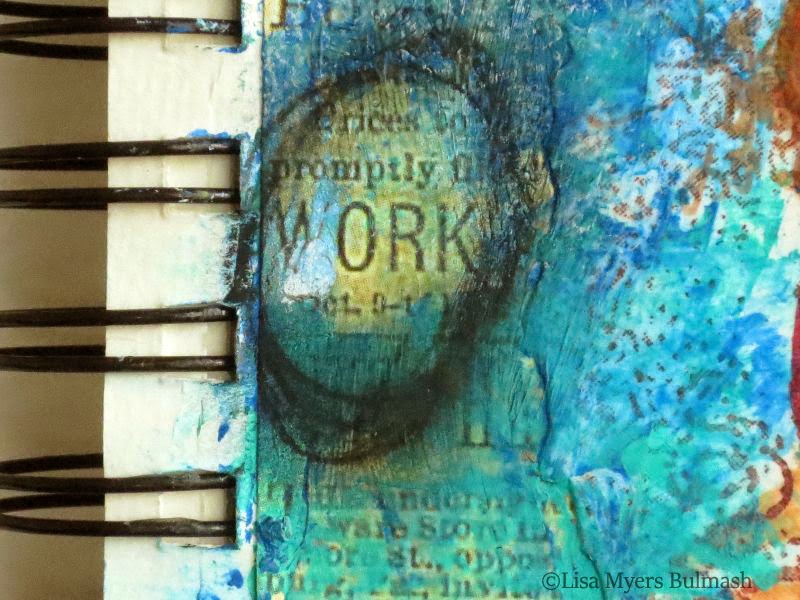 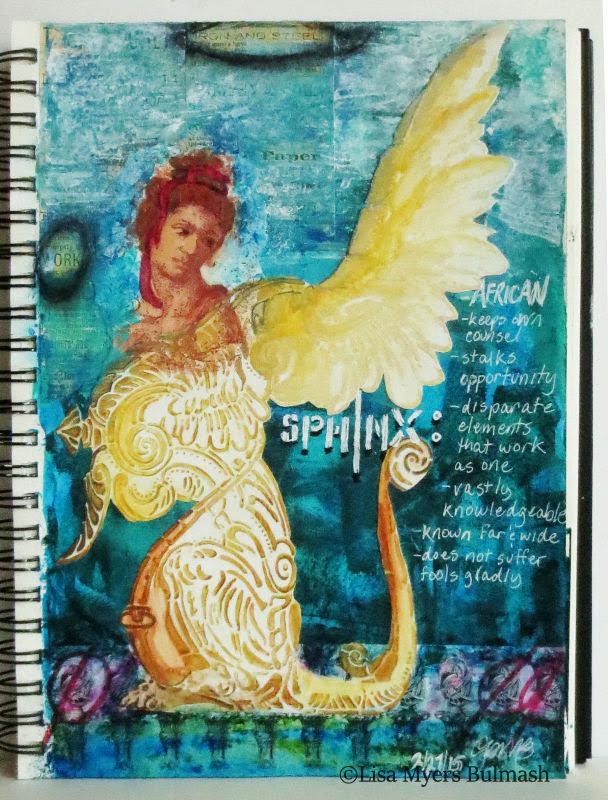 I was intrigued by the great wing from the Fractured Angel stencil, which I’ve seen other artists use as a fragment. But the stencil also appeared to have a shield or breastplate… 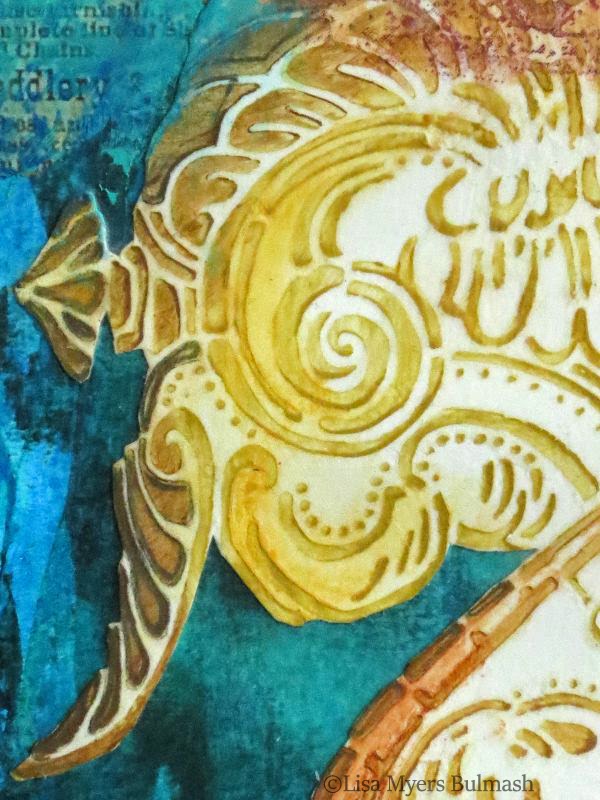 … plus a lion’s haunch and tail. 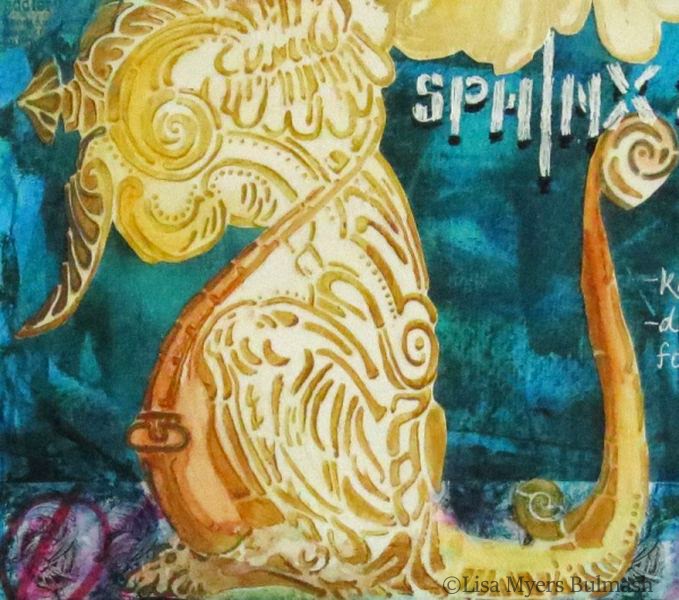 Which, in my mind, turned the angel into a sphinx. I’m a big ol’ ancient Greek myths geek from way back, so I liked the idea of the sphinx as a mysterious, ancient riddle-poser of ancient Greece. (Well, except the murdering-people-who-give-the-wrong-answer part.) So I made a list of the creature’s non-murderous characteristics I’d like to see more of in myself. 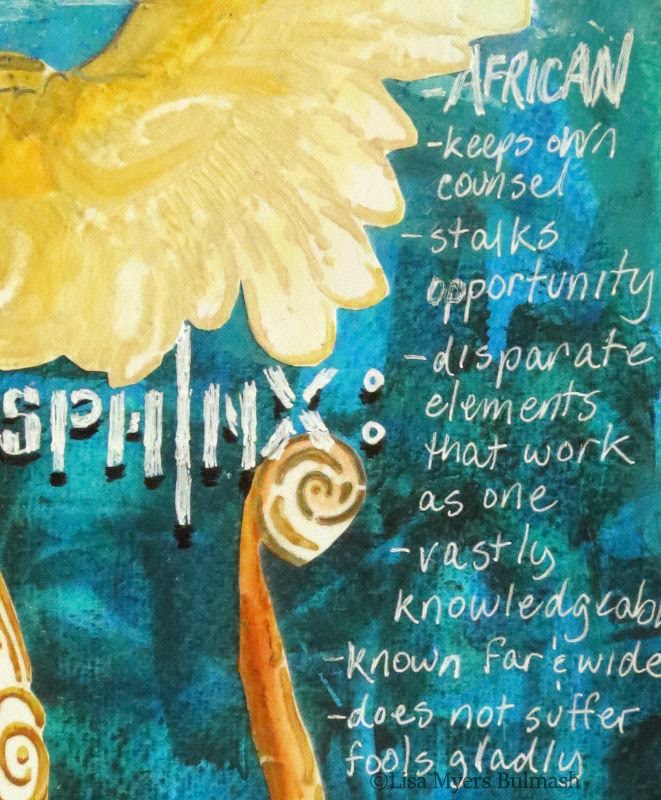 The list aligns well with the Greek sphinx as a symbol of some complex questions I need to answer, now that I’ve made art my career. But I also thought of the ancient Egyptian sphinx, which had the head of a woman. 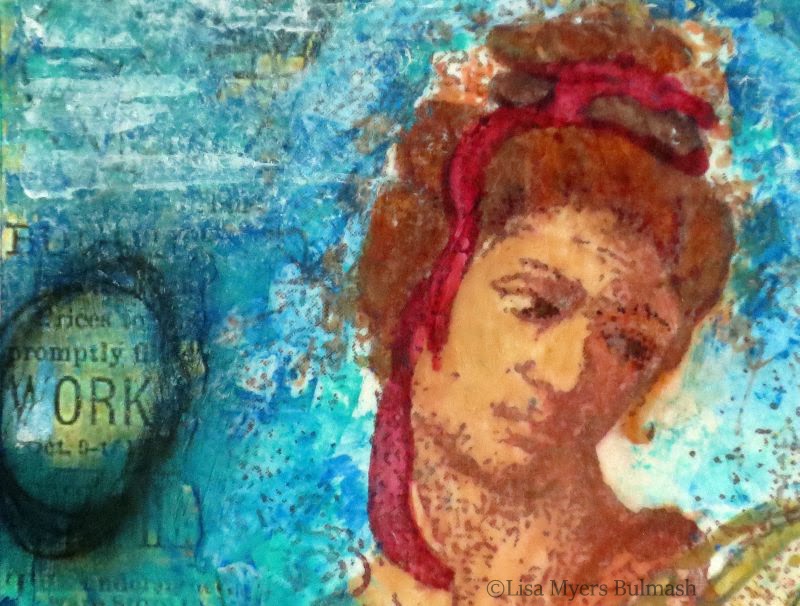 So I inked my Queen Cleopatra stamp, which has a suggestion of a shoulder that flows easily into the stencil design. I then painted her with watercolor crayons and graphite pencil. (I used liquid matte medium to set the colors, but you could also use a spray fixative as well.) 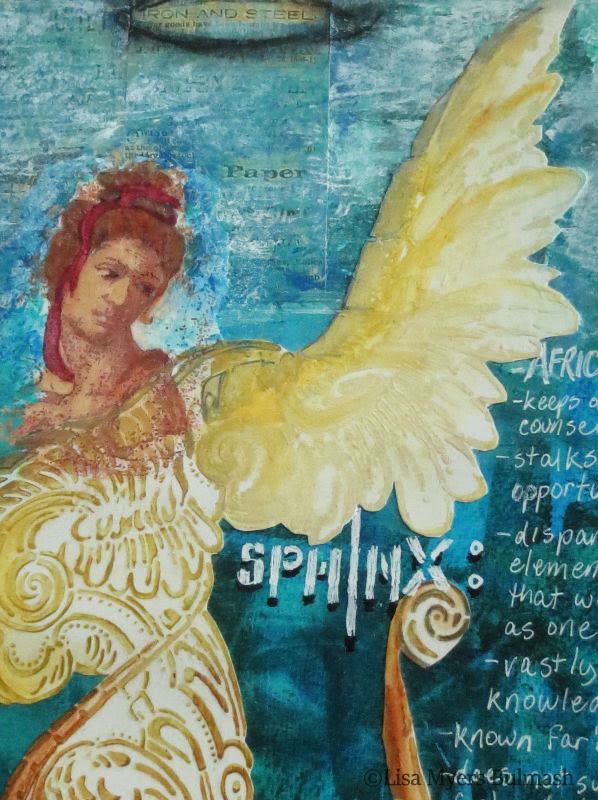 Now I keep The Sphinx in my business goals journal as an avatar and protector. I’d tell you more if I could… but you know how The Sphinx was with secrets and mysteries. Probably best not to ask her too many questions.
If you’ve used the Fractured Angel, would you let me know? I’d love to see how she inspires you!

Lisa Myers Bulmash is a mixed media artist who works primarily with acrylics, paper and found objects. The artist’s work and commentary have been highlighted in five books, including the upcoming A World of Artist Journal Pages, edited by Dawn DeVries Sokol (due in spring 2015). She lives north of Seattle with her husband and two young children. You can find her on Facebook and follow her on Pinterest.
at 12:00 AM