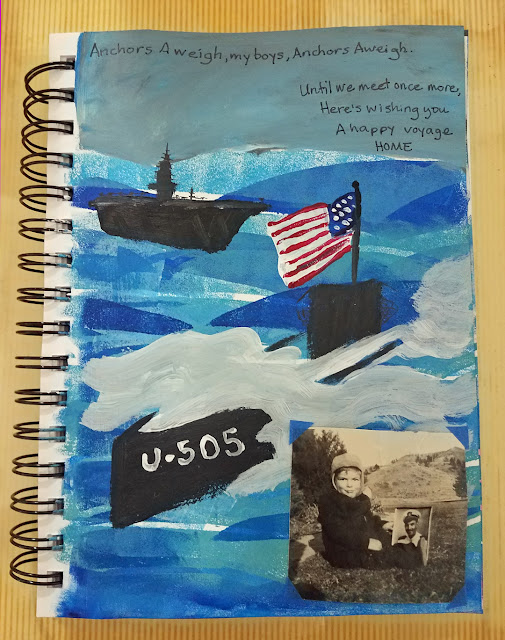 Hello. Carol Baxter chiming in this Memorial Day in the United States.

My dad is holding a photo of my "Popa", Lt. Cmdr. Jarvis Ramsay Jennings, Sr. I think this picture was take while Grandma waited with relatives in South Dakota for her sailor to come home.

Popa was the Landing Signal Officer on the USS Guadalcanal during WWII. He was the first man to flag in night landings at sea. The crew of the ship he was on, Captained by Daniel V. Gallery, captured the German U505 Submarine. (You can see the submarine at the Chicago Museum of Science and Industry.)

As I recall, Grandma waited 5 months for a letter from her Navy man while the sub was being towed from sea to Casablanca and from there to England~ it was such a huge secret.

Many years later, two of Popa's fondest memories were Navy reunions in Chicago where where he not only reconnected with his buddies, but the US sailors were able to return items they had taken from the submarine to some of the German sailors.
at 12:00 AM