We have a special treat on the blog today courtesy of a few on pour StencilClub members. We are thrilled and grateful they are sharing. Look what happens when you trade art beginnings with a friend! 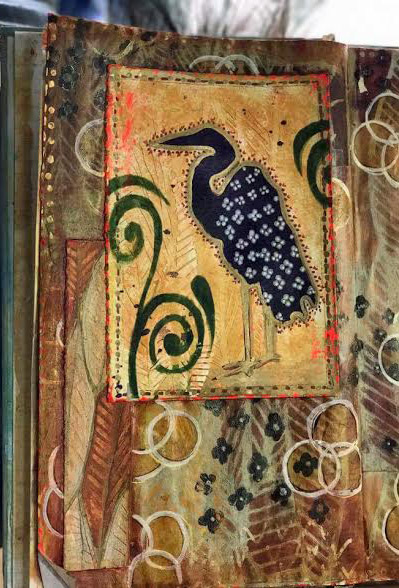 As a StencilGirl Club member, I am always thrilled and delighted when a Party comes together. Our Club Party came into being about a year ago after I posted on the StencilClub Facebook page, that I was so excited to have won a Layered Peonies stencil by Jessica Sporn. My club friend Elise, responded, “I have that stencil too!” which was followed by a few more friends, and with that the Party Call was started.

Recently, at the end of February, something unexpected transpired; I created a tag using the February 2017 Mandalas, Circles and Spheres StencilClub collection by Maria McGuire and posted it to the Club Facebook page commenting, “I held such high hopes for this piece, but then it just went the wrong direction, sigh…”  Minutes later my artsy friend Elise commented, “I love it; send it to me!” Shaking my head in disbelief, I responded back, “LOL! It’s yours; I’ll put it in the mail tomorrow.”

From that simple interaction, discussions started flowing and our March Party Call became, “This doesn’t speak to me; can you make it your own?” Club friends began posting random, unfinished, not quite right, or missing something, pieces of art for other friends to claim by replying, “That speaks to me.” After which the piece was dropped in the mail, set to inspire in a whole new way. 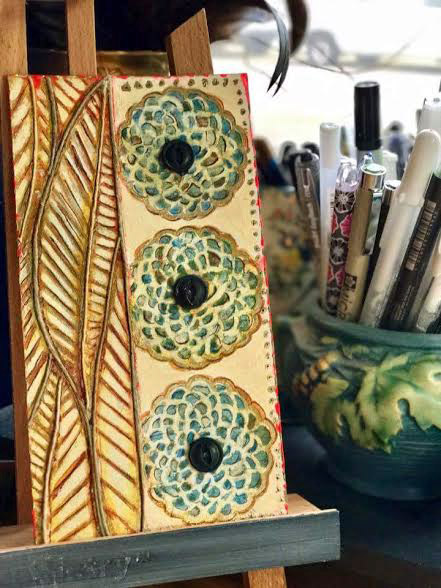 I believe creating art is a process, a journey, rather than a destination. I also believe art is very personal, as it comes from within. It’s reflective of our experiences, and in general how we move about the world. Of course, our style and skills develop over time with practice, exposure and exploration, but there consistently remains a sense of “heart” of “self” in one’s work; a signature style. So, when a creative collaboration like our March Party Call comes together, wonderful things show up. The response and momentum created by this simple conversation was both unexpected and powerful. The March Party Call was not just about the beautiful art that was created. There was something deeper, more soulful that took place as connections of many hearts and selves authentically intermingled. 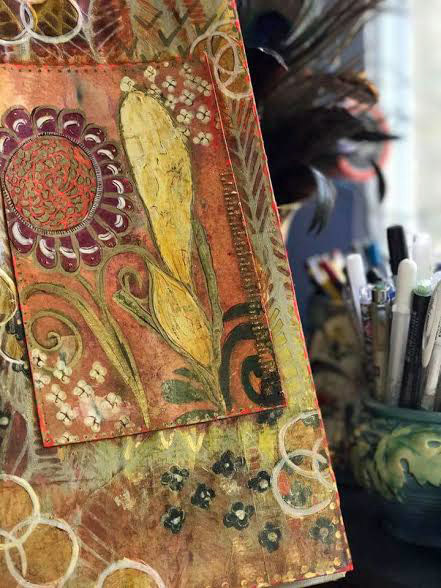 Creating with other’s art invoked varying emotions. Some shared that they loved the idea of not starting on a blank canvas or expressed they loved getting actual mail and “enjoyed collaborating with others whose work they admired.” In contrast, others openly admitted the process was intimidating, challenging, and feared they’d mess up someone else’s work and experienced a lot of stress. However, when the morphed pieces began posting, I was truly blown away with the diversity of talent and vision. Their journey path was different than mine; their eyes saw things I hadn’t and there was such variance of artistic styles. I repeatedly thought, “Wow! I would never have thought to do that!” I also recognized what an amazing gift we were just given by everyone who jumped into the party and shared themselves.

Sometimes fabulous things transpire without real intention; serendipity indeed. I hope you find joy, wonderment and inspiration in the body of work shown below. Party on StencilGirl lovers! 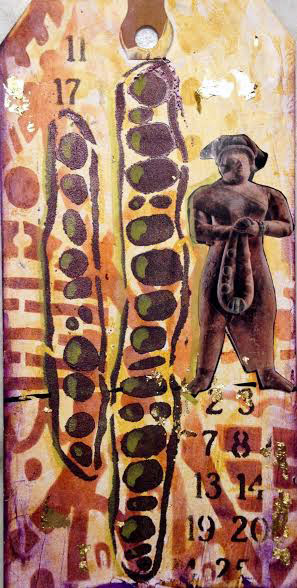 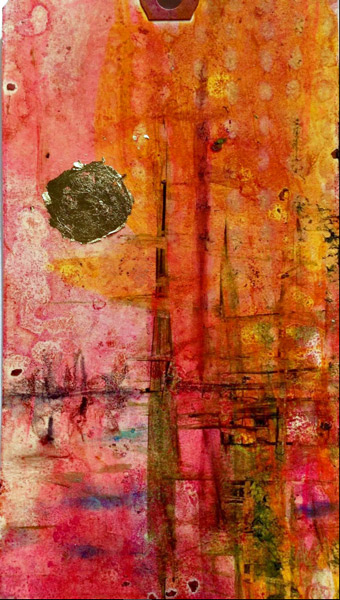 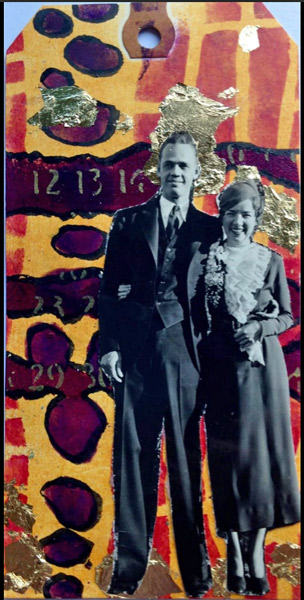 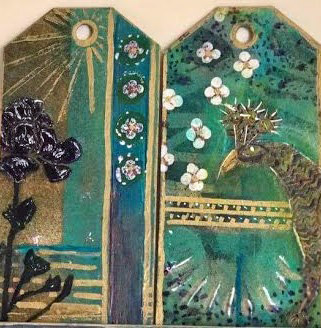 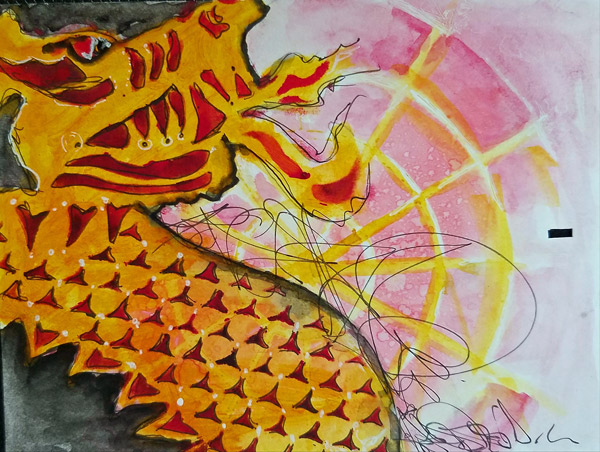 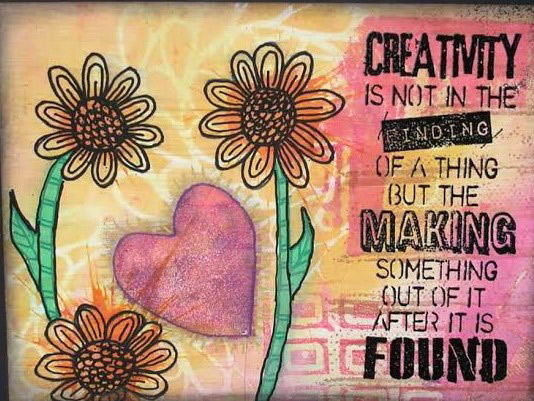 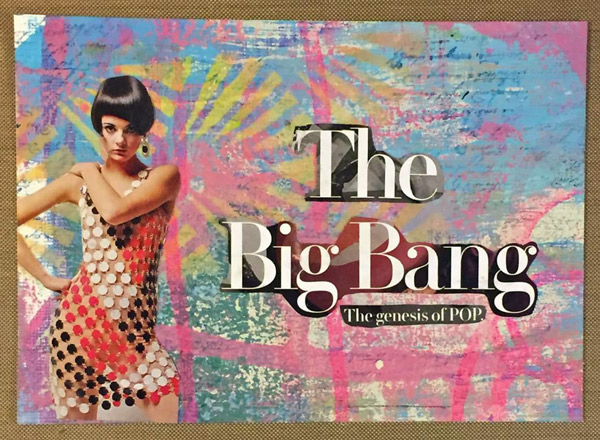 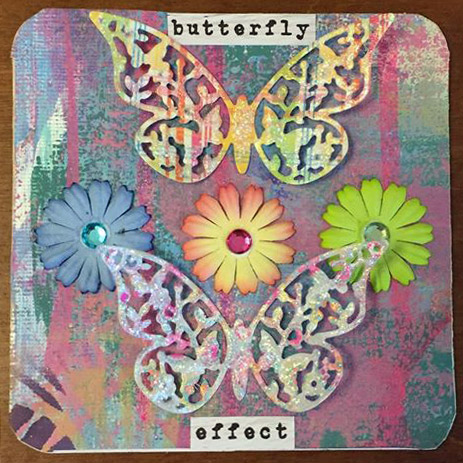 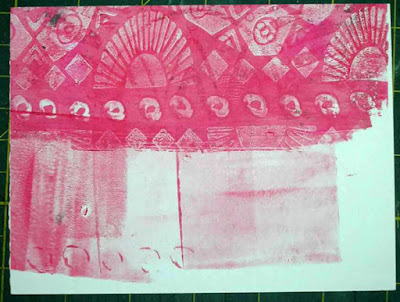 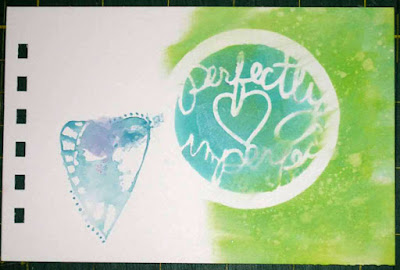 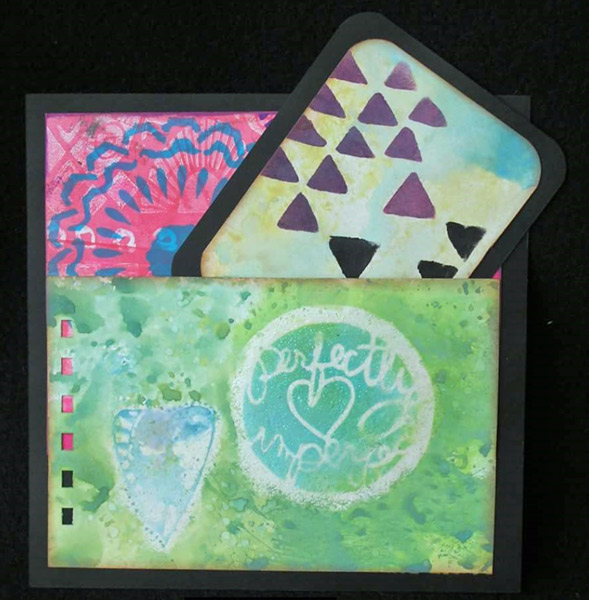 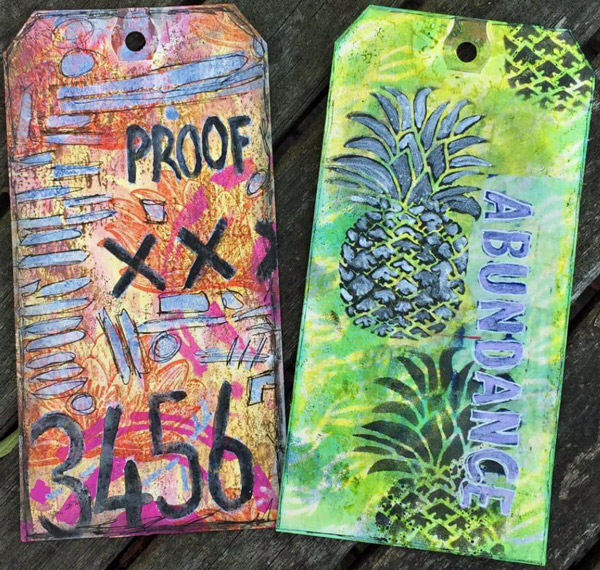 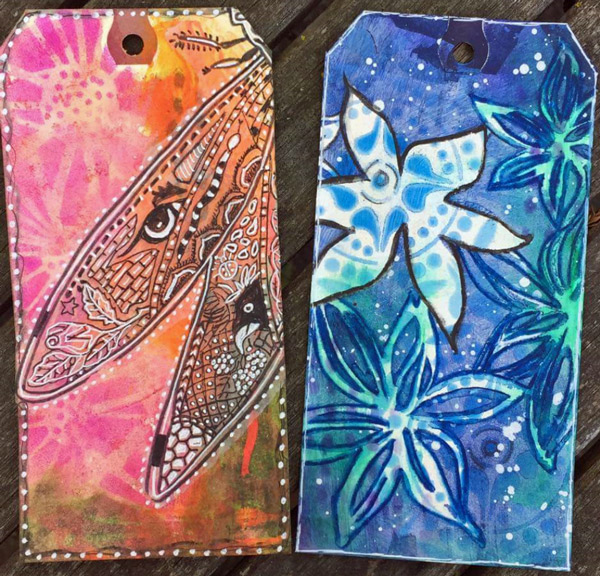 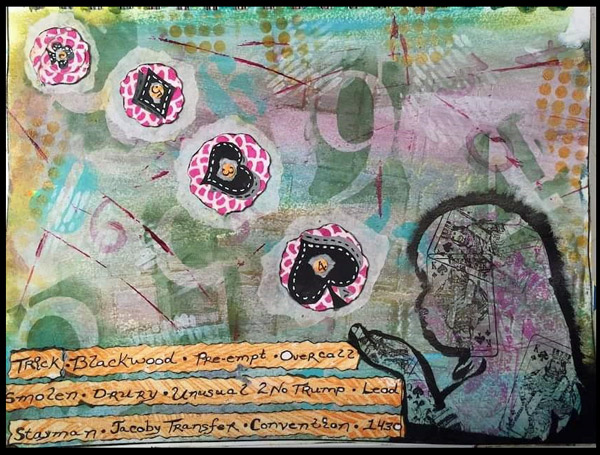 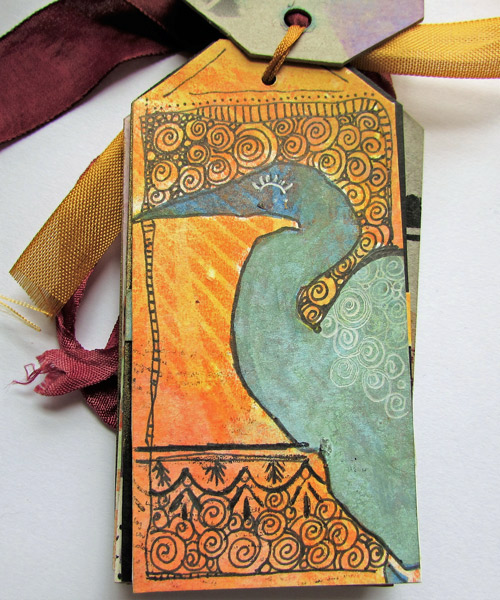 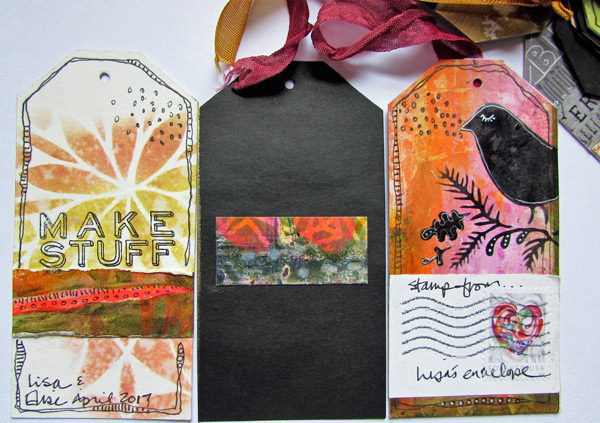 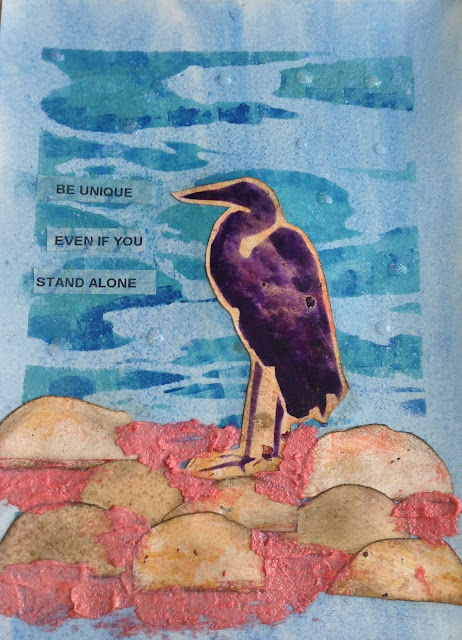 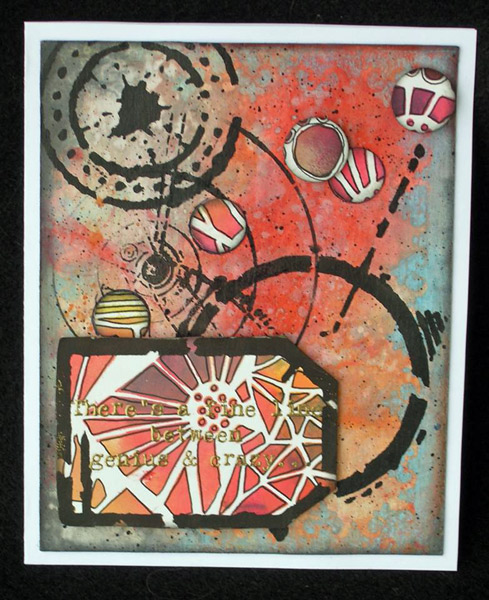 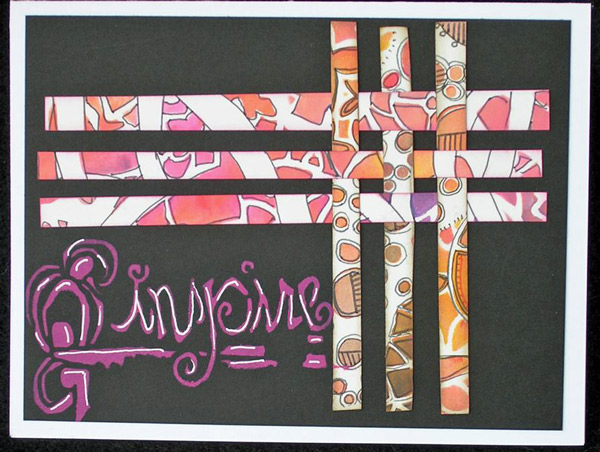 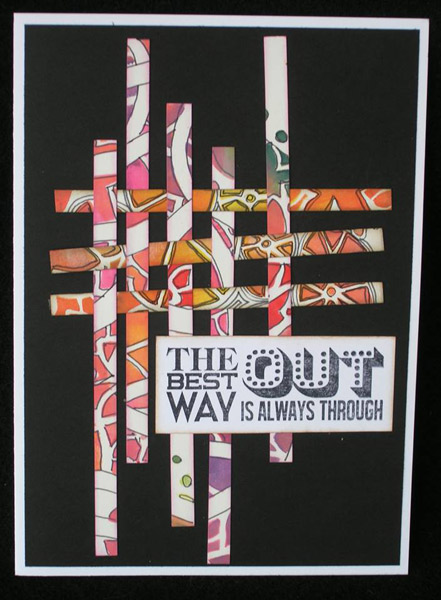 Ready to call a friend and stencil together?
at 12:00 AM