Narrative Art tells a story.
It uses the power of the visual image to ignite imaginations and evoke emotions.  It tells stories to engage viewers and convey their meaning but they are unfolding stories with multiple perspectives.  The story itself is up for interpretation from the viewer. Take mine for example, you might interpret this as an homage to a lost pet, or about cats being angelic creatures, but for me, the story revealed itself this way...
(Laugh if you want to 😜 but this was my thought process while I was arting.)

"It's a cat. A cat with angel wings. Dead cat? Am I painting a dead cat? No. Cat's have 9 lives. Lucky ducks. Humans have only 1 life. Man, I'm getting old.
We should treasure every day.
Treasured ...oooh I have a rub-on that says that!"

It's all about not taking every day we have for granted
and treasuring every moment. 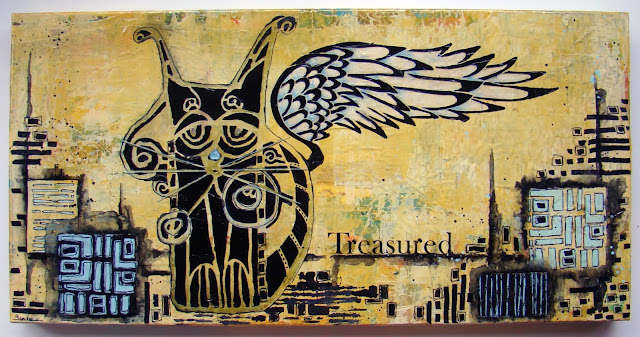 But to start off I wasn't thinking of anything but how pretty my StencilGirl prints were looking as collage fodder as I tore them up and glued them down onto the canvas. Then I used a credit card to scrape acrylic paint on evenly and thinly.

I love that the collaged papers has bumps and wrinkles letting the paint skip and glide across the canvas letting color and prints reveal itself in unexpected places. 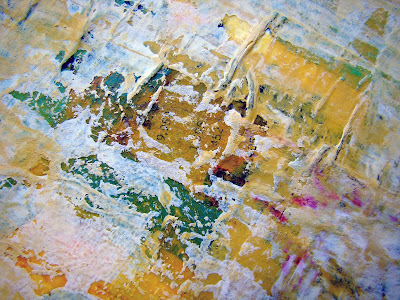 Patience is a virtue
Letting things dry in between steps tries my artistic muse to no end but since I was combining 2 stencils together using molding paste meant waiting for one to be completed before working on the next one so I wouldn't smudge anything. Plus you really need to wash off the molding paste off your stencil as soon as possible or at least soak them in a tub of water.

Now Scrappy Cat  by Suzi Denns is "supposed" to be popped out of its stencil. But for whatever reason, I have chosen to keep it whole which means I get this cool outline which sometimes may skip here and there but easily fixed with a pen. 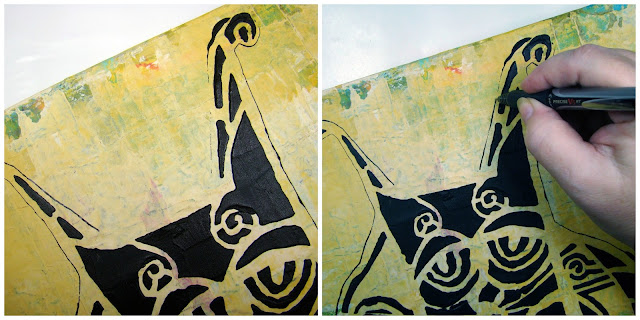 I applied acrylic paint through the stencils: Ancient Marks stencil by Suzi Dennis and 429 stencil by Mary Beth Shaw with a cosmetic sponge, taping off a square shape and a rectangular shape on the stencils themselves. 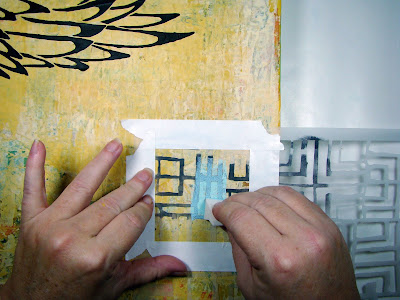 I also added some mark marking with a Sharpie and a Stabillo and making loose outlines with a pen to create a "Modern art" style background. Repeating the same colors and patterns on both sides of the canvas for a balanced look. 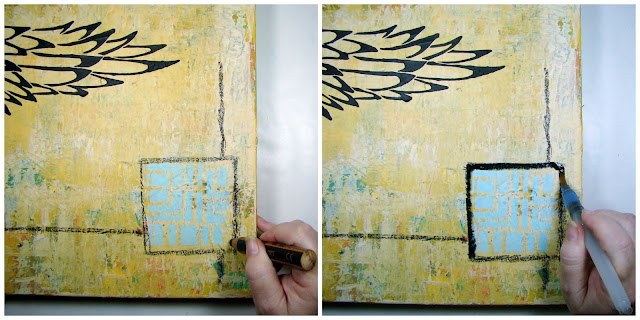 It's all about the details.
I like to stitch on my canvases whenever I can and adding some whiskers just seemed like the purr-fect way to complete not only my art but this post. 😸
Thanks for stopping by!
Sandee 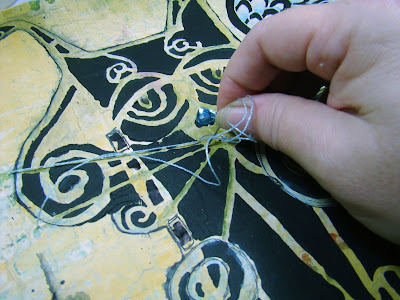