Walk like an Egyptian with 3 new stencils by Carolyn Dube

StencilGirl takes you back to a land of mystery and shifting sands. A time when papyrus scrolls were the art journals of the day. 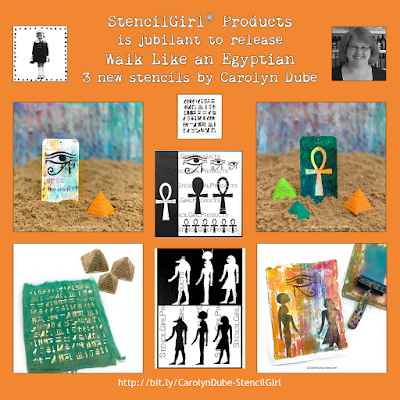 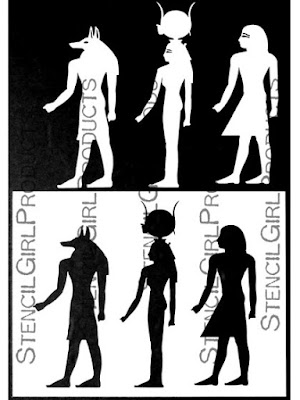 Hathor was an important figure and a complex Egyptian Goddess. Not only was she a mother goddess who created and maintained all life on earth but she was also the goddess of the sky, fertility, music, joy, dance and symbolically, the mother of the pharaoh, the ruler of Egypt. A very busy woman! 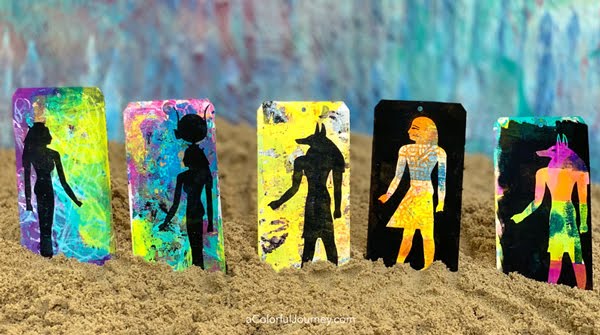 Anubis, known as the god of the afterlife was also a god of healing along with being the patron god of lost souls. He is often depicted with the color black because that color symbolized good fortune and rebirth for the ancient Egyptians. After all, the fertile soil of the Nile was black and having a plentiful growing season was vital to survival. 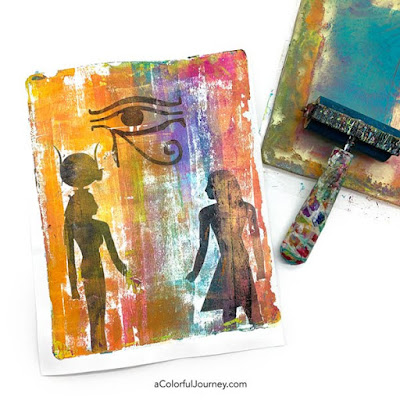 What about the guy in the triangular skirt? Was he a god, like the other two on this stencil? Nope, he was a fashion icon of the times! Men in ancient Egypt were all about wearing as much jewelry as they could afford, wore makeup, and had the coolest shape ever to a skirt. 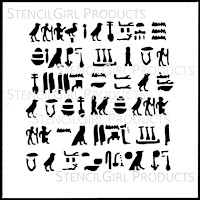 This stencil represents translation and understanding. After seeing the Rosetta Stone in the British Museum, Carolyn was in awe that one single stone allowed for the mysterious language of ancient Egypt to be deciphered, allowing for the translation of texts all across Egypt. That one stone held the key to understanding. 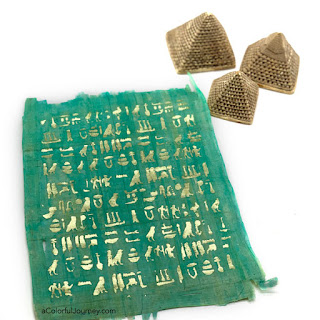 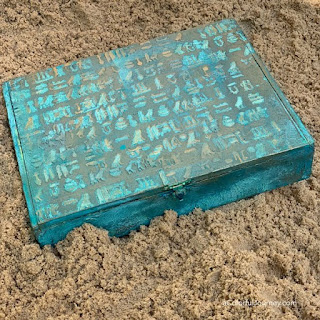 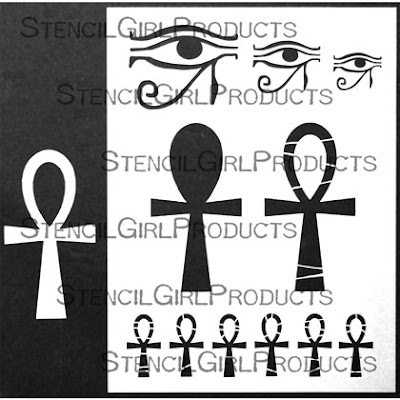 The Ankh represents eternal life to Egyptians and Carolyn’s interpretation of that is to live right now. Take that breath of life and embrace the moments unfolding in the present. 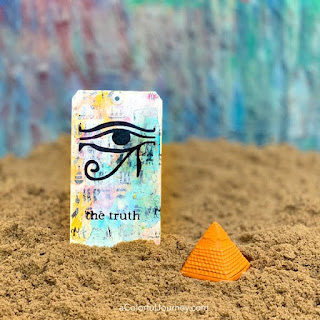 Both of the Ankhs in this stencil are the same size, so once you use a pair of small scissors or craft knife to cut out the Ankh mask it can be used in conjunction with the stencil version of it. 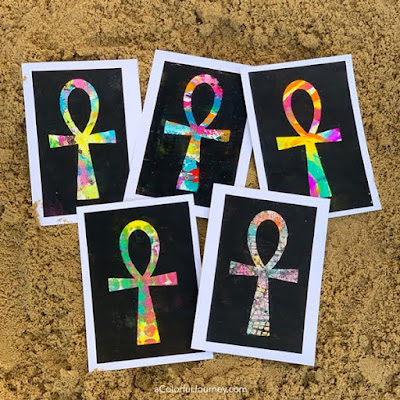 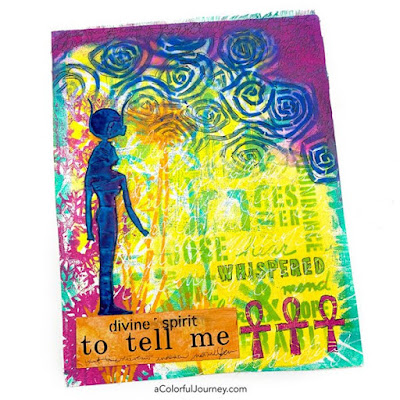 If you'd like to unroll your own papyrus and get to art-making, you can order these stencils here.