Romance, a Circular Canvas in Gold and Blue

Hey there! Carol Baxter here with you. Frame it or fill it with circles is the challenge. 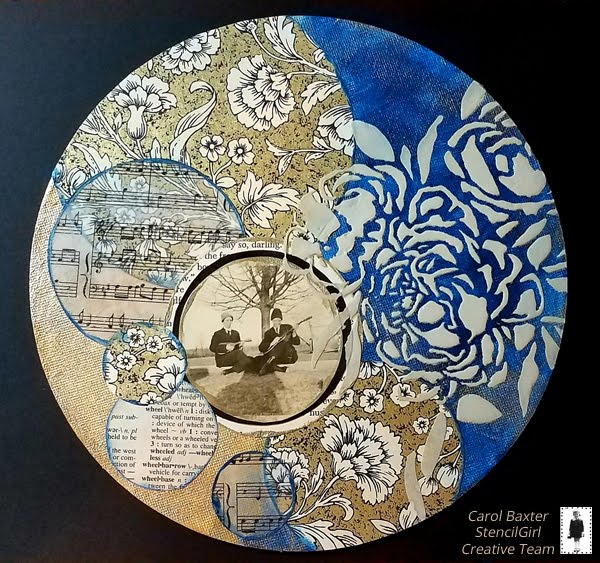 I started with a circular canvas and a photo I wanted to use. (It's a photo someone gave me at an art retreat. Two guys playing mandolins, I wonder for who... How romantic is that?!)

I cut out circles from some papers from my stash (Psst! Gwen Lafleur's shop has pretties!) and proceeded to audition them on my canvas.


I painted the background with a combination of Soho Urban Artist Acrylic Gold and a blend of mostly Navy and a bit of Payne's Grey. I used these two colors to distress the edges of my circles.

As I auditioned the circle placement again, I realized the gold was too gold so I knocked it back with Paper Artsy White Fire. 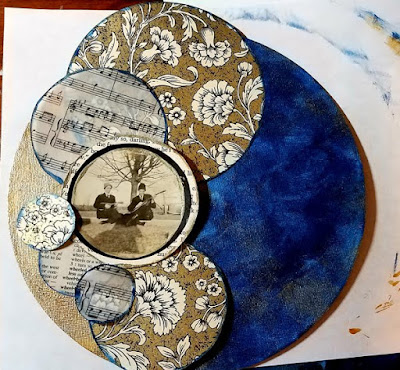 I also realized I wanted a different circle. (Keeping with the theme it says wheels.)

I thought about stenciling in some musical notes in blue over the gold using the Musical Roundabout Stencil S608 by Sandee Setliff but in the end decided, much as I love that stencil, not to use it.

Next step: glue my circles down with UHU.

I mixed White Fire into Art Basics Modeling Paste and added flowers to pair with the paper I chose using the Peony Bloom Stencil S657 by Wendy Brightbill. 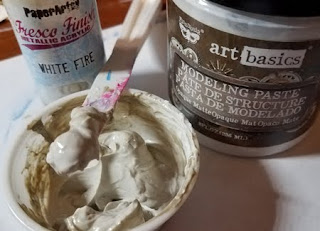 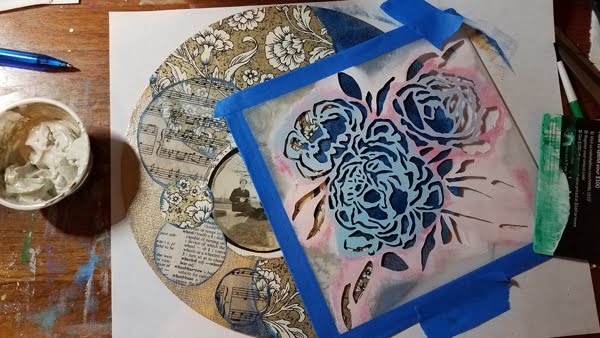 Excess modeling paste? No prob! I used 3 stencils to make some papers for later use: Trefoil Rieven Glyphs S491by Stephen Skaggs, the small from the May 2017 StencilClub set by Pam Carriker, and Heart Striped S068 by Margaret Applin.

The heart is sprayed with Moon Shadow Mist by Lindy's. I can't decide if I want to cut or tear the heart out so I am leaving it to dry as-is for now. 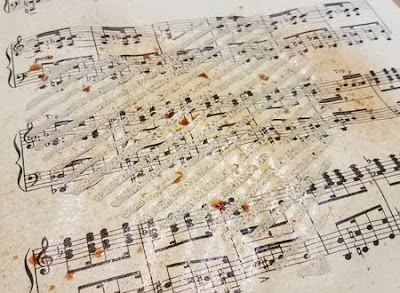 At first, I thought I would need to dust the petals with more White Fire, but the more I look at the piece I think it turned out just right! 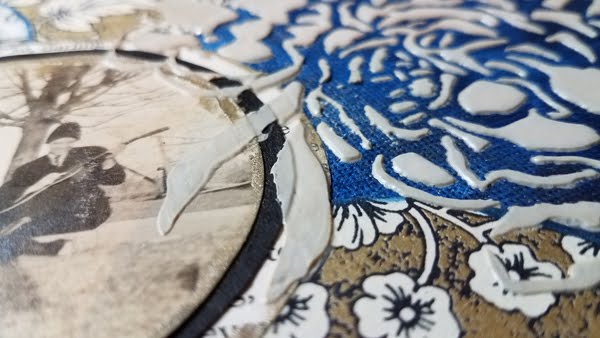 Years ago, before StencilGirl was a thought in Mary Beth's brain, I took a class with Jen Cushman where she used molding paste through a stencil on canvas and added ephemera. 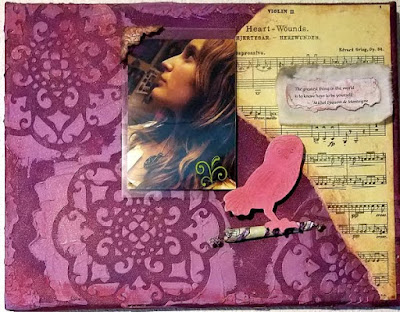 To this day it is one of my favorite pieces of art that I have made. It certainly inspired this one :)

I hope your day is luscious & romantic! 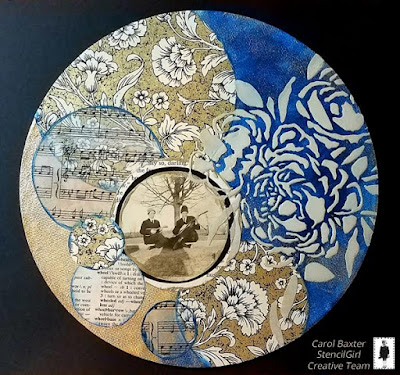