On Faces and Figures

Having occupied this space as a columnist for three years on the topic of collage, I have taken on a new topic: faces and figures - my favorite!  Many people, when working in a visual journal or art journal, want to use faces or figures in their compositions, and I am no exception.  Because my visual journal is usually a reflection of myself, I think of any face or figure as a stand-in for me - no matter the age, gender, or race.  If I cut out a picture of an old man from somewhere far away or long ago that I have found in a National Geographic magazine and use it in a collage in my visual journal, it is because somehow that man is a mirror of something in me - something I may not be able to articulate fully but want to express, nevertheless.  I am putting myself into the composition as the narrator, the subject, the point of view.

For several years now I have been working on my drawing and painting skills, taking numerous on-line and in-person classes on portrait and on the figure.  I often photograph my work and then print and collage it into one of my altered books or art journals and continue to build a new composition around that.  I'm not always confident of my skills, however, so I often find myself using one of the many wonderful StencilGirl® face stencils.  When I use them, I try to make them my own, and to incorporate other stencils as much as possible to alter them. 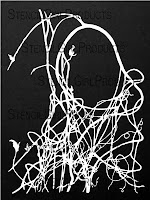 Because the human face and form are organic shapes, I like to look at the organic patterns and images in the  StencilGirl® catalog to find human forms, or shapes that remind me of faces or facial features.  Trish McKinney's botanical designs are full of rounded, looping lines, and Grand Wisteria (L679) has a great big oval in it - how can you not want to put a face right there! Whenever I get my hands on a stencil with lots of organic shapes in it, I turn it slowly by 360 degrees, then reverse it and spin it around from that perspective, too.  Just because the stencil appears in a particular orientation in the on-line catalog, doesn't mean that's the "correct" way to use it. 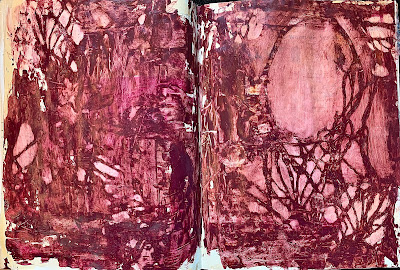 Like many of you, I have a  number of Pam Carriker's fantastic face stencils, and I held a bunch of them up against this wisteria stencil to see what would fit.  I used Truth Face (S650) to fit into that oval space, and worked a lot of black into different parts of the wisteria vine to add more shape and texture to the form.  I also added a lumpy ball form with white for highlights, and that's it - three stencils, and one color with black and white. 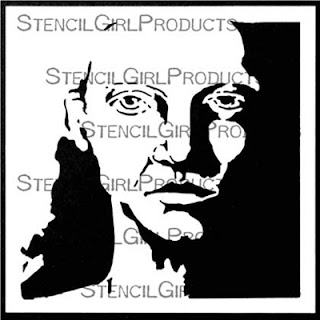 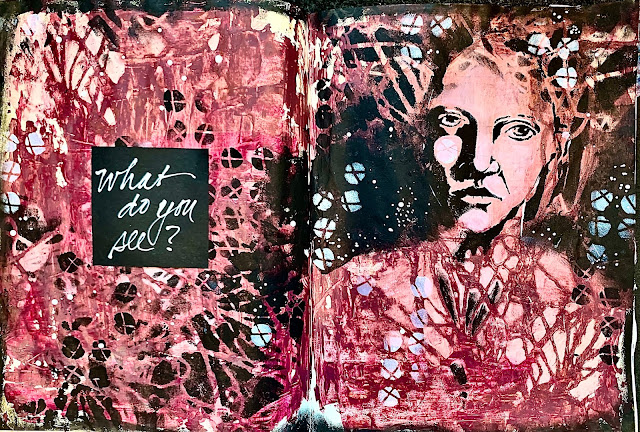 I think a really helpful way to use these face stencils is as a template for learning how to model the human face.  When used as is, the face stencil can seem rather two-dimensional, as in the photo below, which uses the large Pam Carriker face from the club set of November 2018, Her Story. 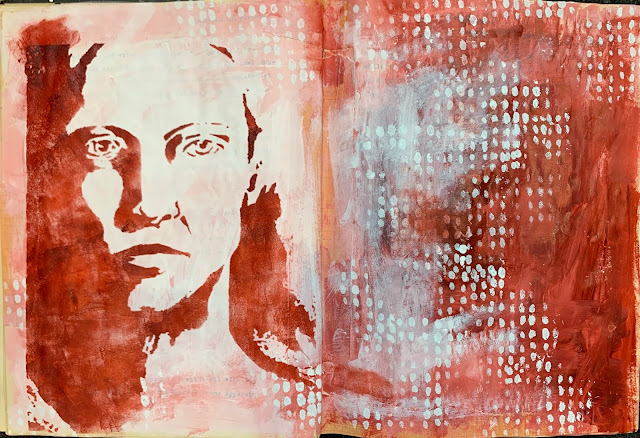 As is, any stenciled image has only two values - dark and light (positive and negative).  But the human face includes many values, and this is what gives a painting or drawing a three-dimensional look.  I created some stenciled textures using the same quinacridone burnt orange I laid out on the art journal spread, and used the face stencil as a template to cut out shapes that would add a range of values and create a sense of form.  Again, I used just one color plus black charcoal and white gesso. 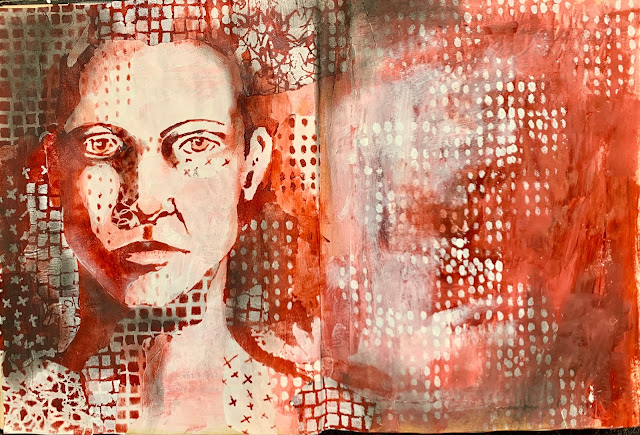 After much debate about what to do with the right side of this composition, I decided to add some figures using a mask from Valerie Sjodin's mask and stencil set, Figures Couples (L730) before adding more of the texture stencils used throughout the composition to tie it all together. 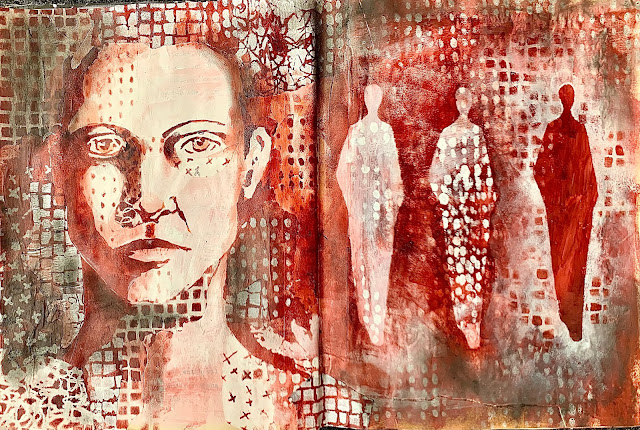 In future posts for this column I will no doubt be using some of my portraits in conjunction with other organic or textural stencils, but I wanted to start out by showing how to add the always-evocative human face and figure into your work just using stencils.

Other stencils used in these two projects: 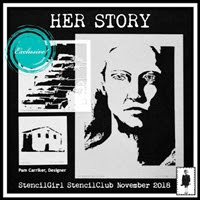 Multiple small stencils used for texture include pieces from Mark Making Set April 2020, Mary Beth Shaw Private Collection April 2016, Shaw-Apter MashUp January 2019, ATC Mixup by Carolyn Dube (L657), ATC Mixup 1 (L543).  I cut up a lot of stencils that have multiple motifs on them but I tracked them all down!
at 12:00 AM