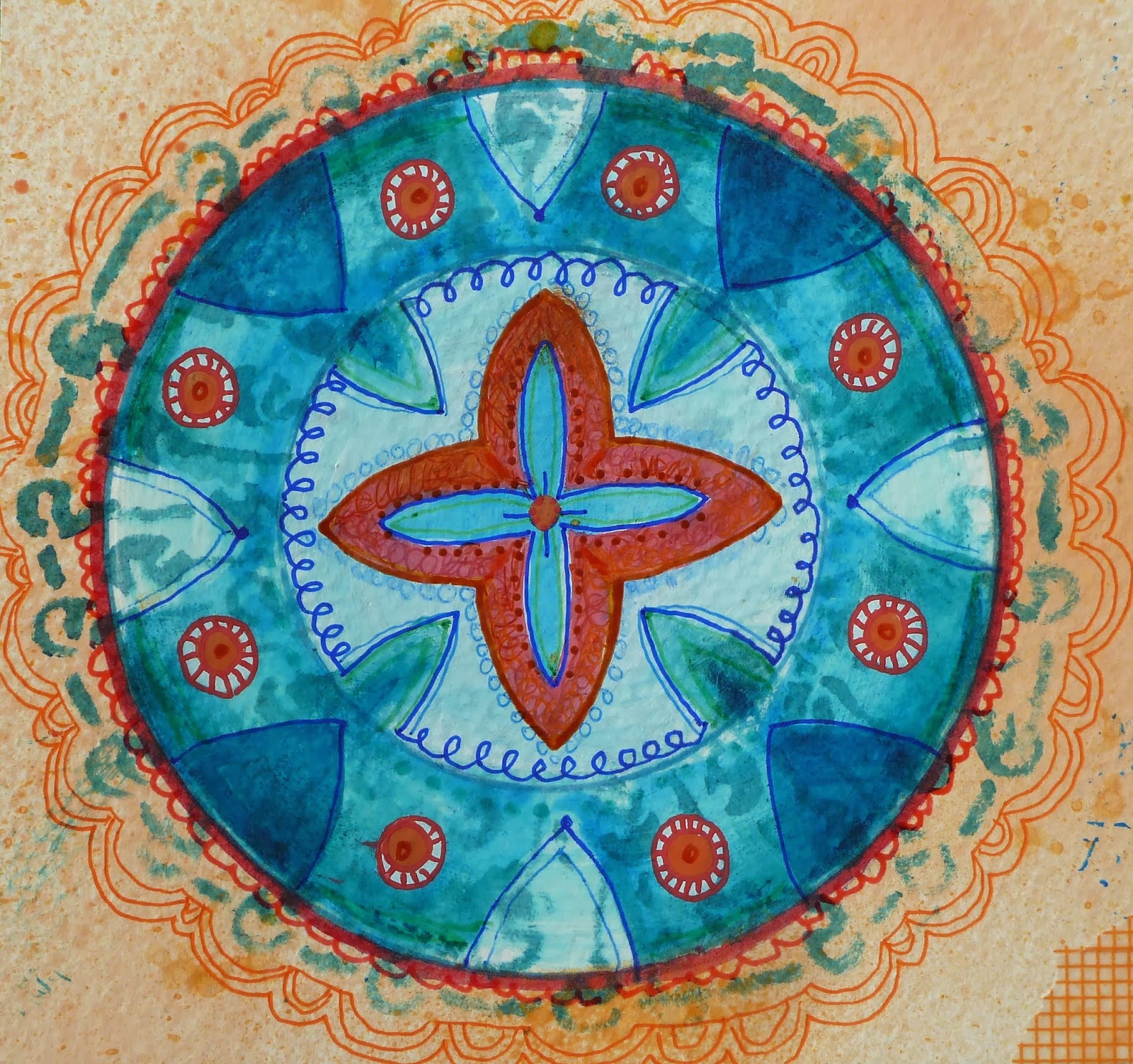 Oh Yes!
It's getting closer and closer!
Exclusive StencilClub  stencil's from StencilGirl are shipping soon!

Janet here, from Happy Reminders.
I want to show you how I used these
StencilClub Stencils in my Daily Journal.

I took a part of  the 6x6 peacock stencil
and made the base of a medallion.
I eyeballed it ...rotating it around and around
till I got the circle I wanted.

I drew in some circular lines and used white gesso in the center
and clear gesso in the outer ring.
I wanted some transparency
but still have a base to 'art' on.


This is what I ended up with.
I like the texture underneath
and the stencil design gave me a nice lace-like edge.

When I first received the stencil I had made this medallion below.

Next is a page for a future Daily entry.
I used the smaller 4x4 stencil with the three words,
picking out the one I wanted.
I also used the larger 9x12 stencil
with the beautiful flourishes, picking out just the flowery, petal-y parts.

They would make great cactuses (or is it cactii?)
Don't you think?

I had tried out the word stencil
on my 'to do list' page back in December.
I used a black Stabilo Aquarelle pencil
and a waterbrush to soften the lines.
It gave a really cool effect!
Remember...It's all about playing and trying new things!

My Daily spread from last week....
I used pieces and parts from the larger stencil.
It made a great background on the lefthand side.
Then I carried through the design on the right side
to pull the spread together.

Art is so much FUN!
And using these exclusive StencilClub stencils
as a springboard to creativity is just icing on that delicious cake!