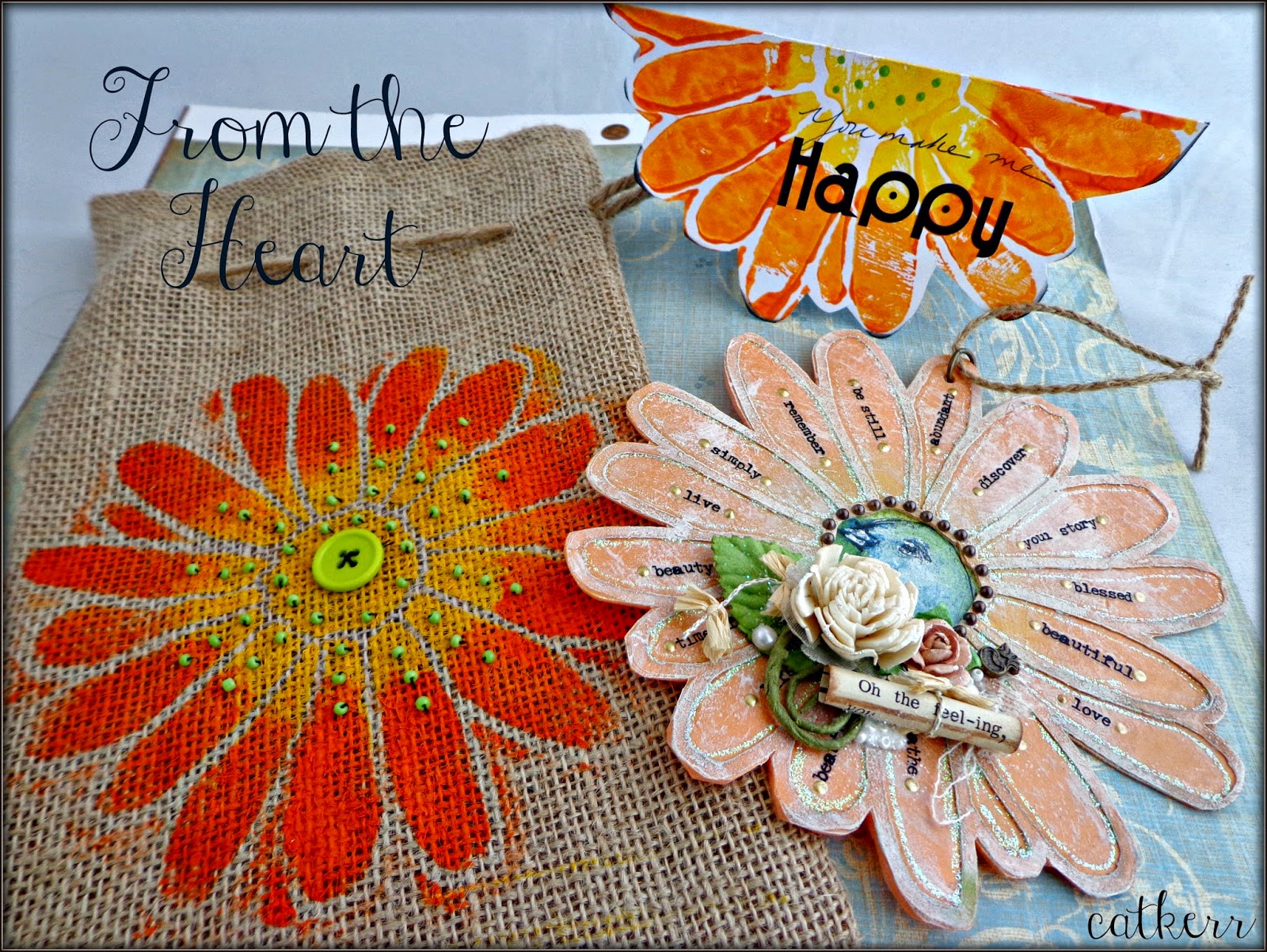 From the Heart
by Cat Kerr
Wanting to make something special for a friend,I  came up with this fun way to use one stencil to make a coordinating gift.  Using Maria McGuire's whimsical Doodle it Daisy stencil from StencilGirl, I first added some paint to a burlap bag. 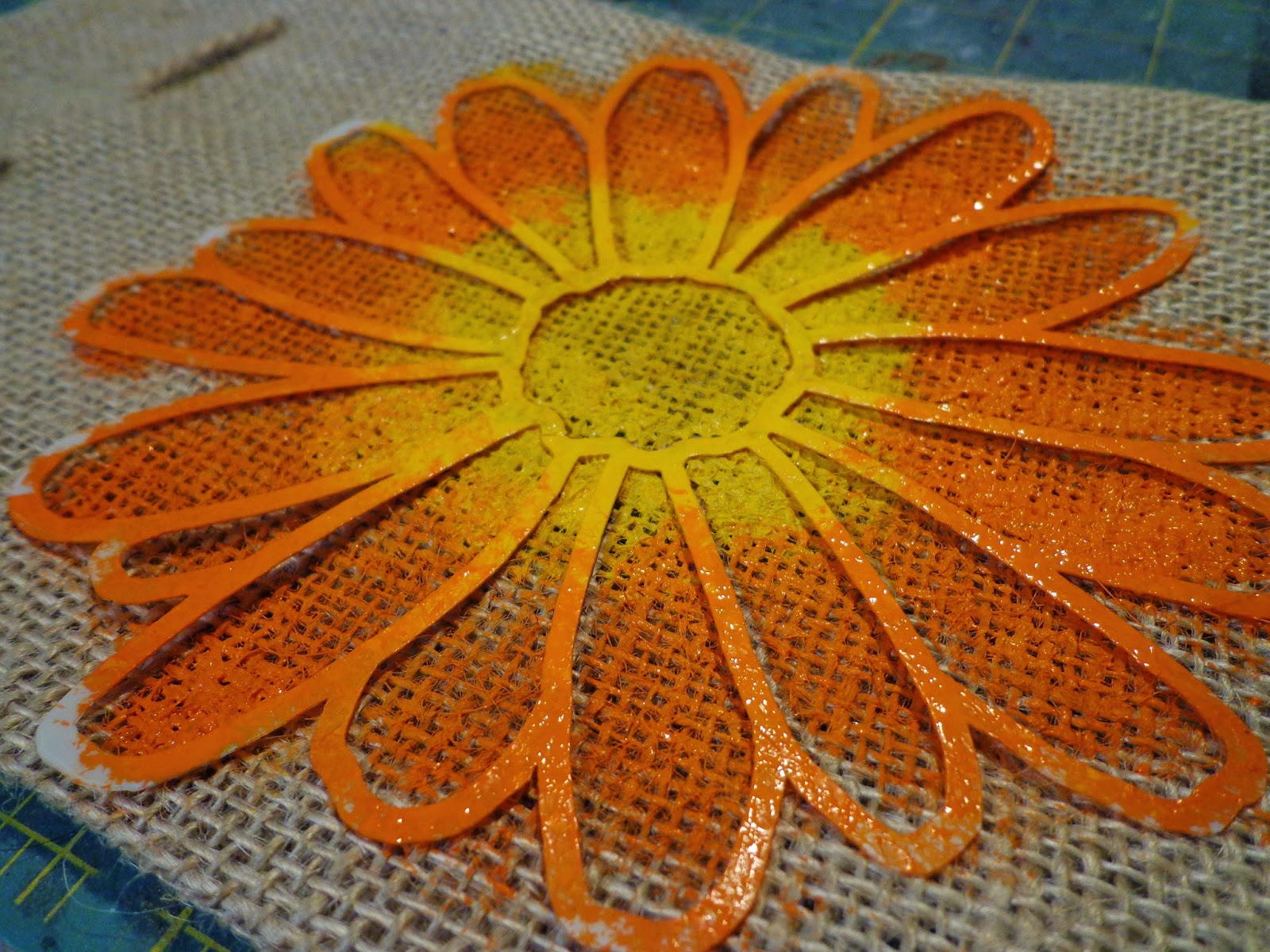 Once the paint was dry I hand stitched on some seed beads. 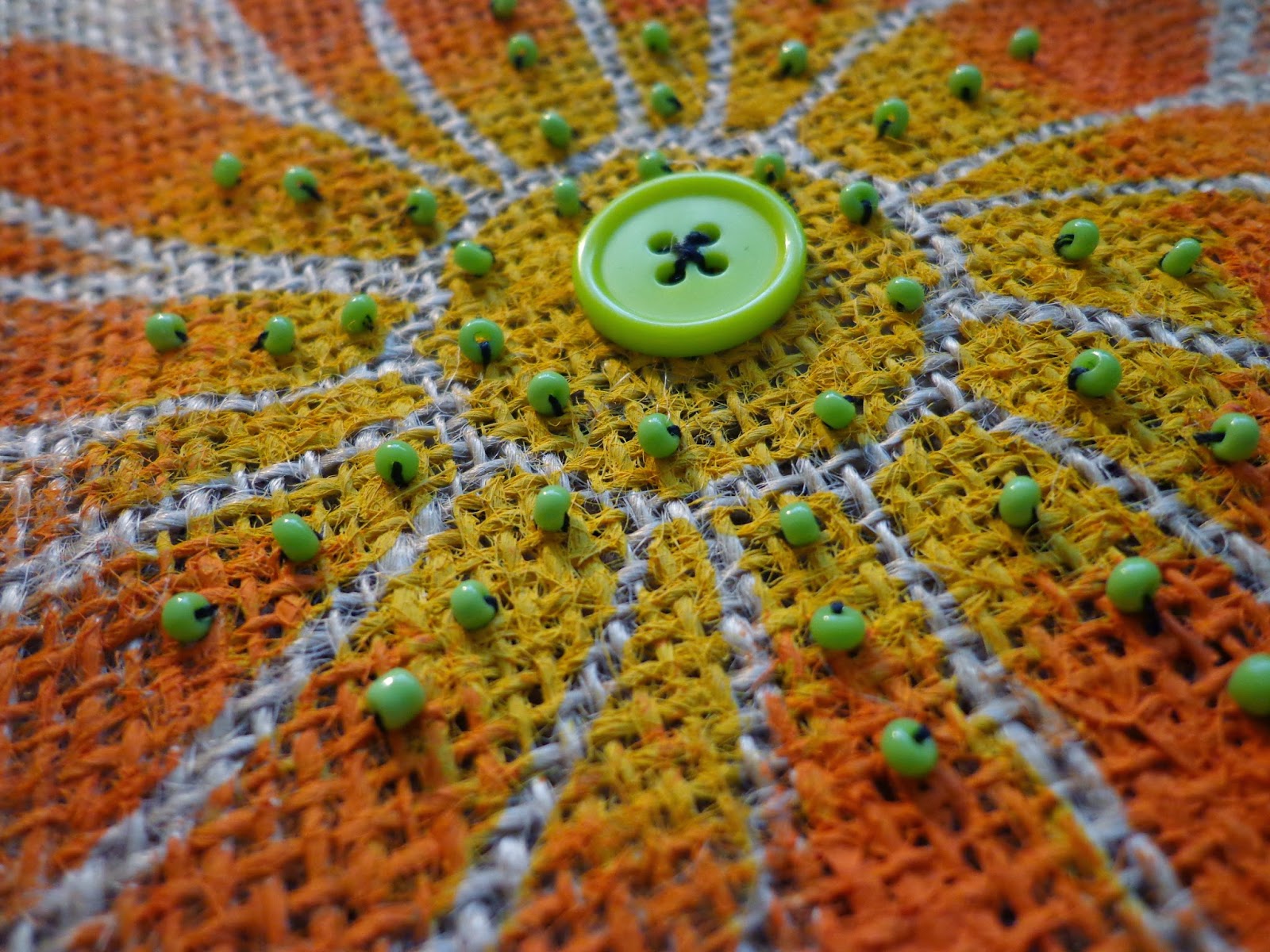 I next wanted to make a mold out of the stencil. I mixed up two equal parts of Amazing Mold Putty and gently pressed the stencil into the putty,letting it cure for about 10 minutes. 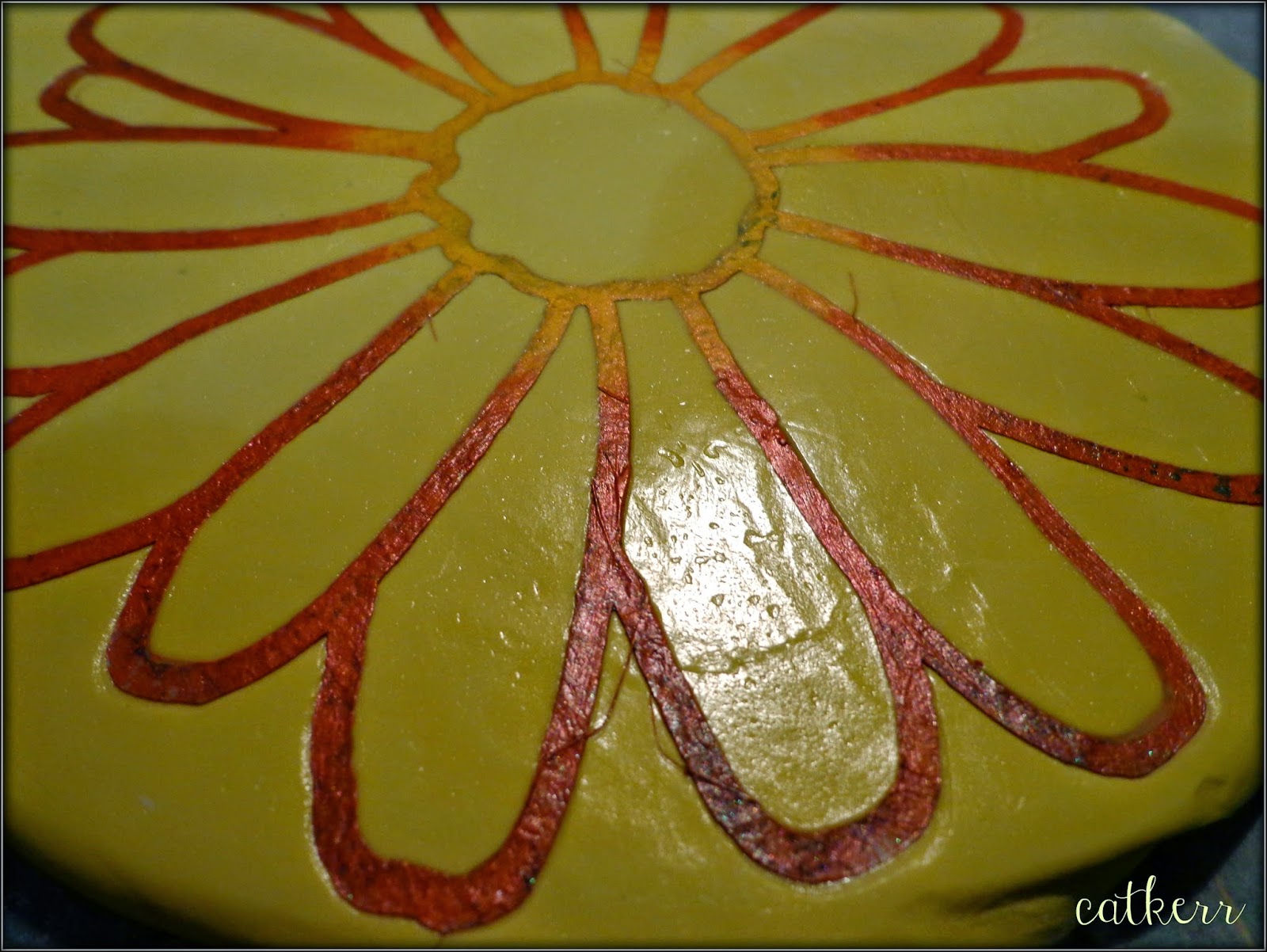 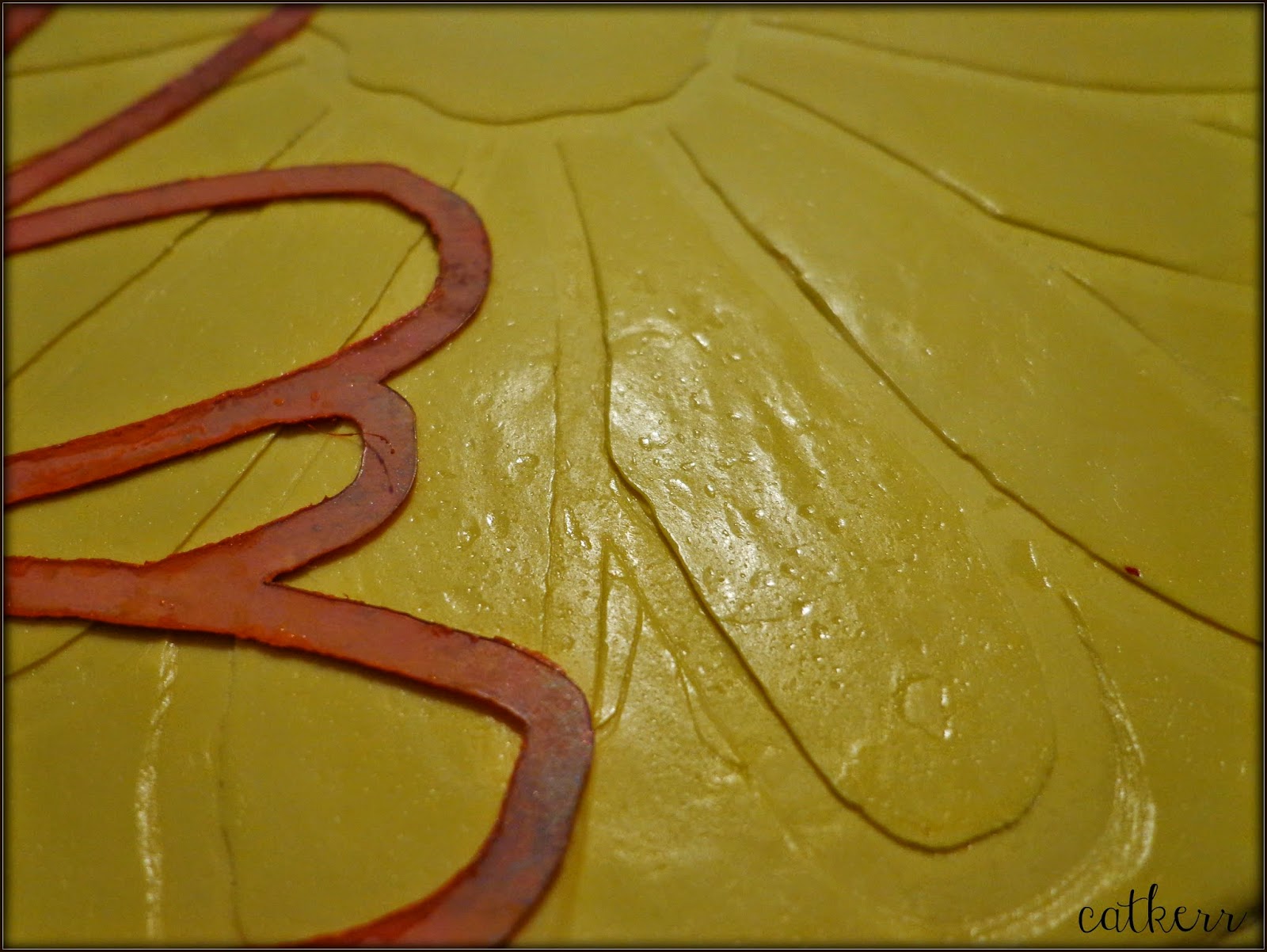 When this rubber is cured,it's very flexible and can also be used as a stamp,so I added some paint to the mold and pressed it onto card stock to make a card. 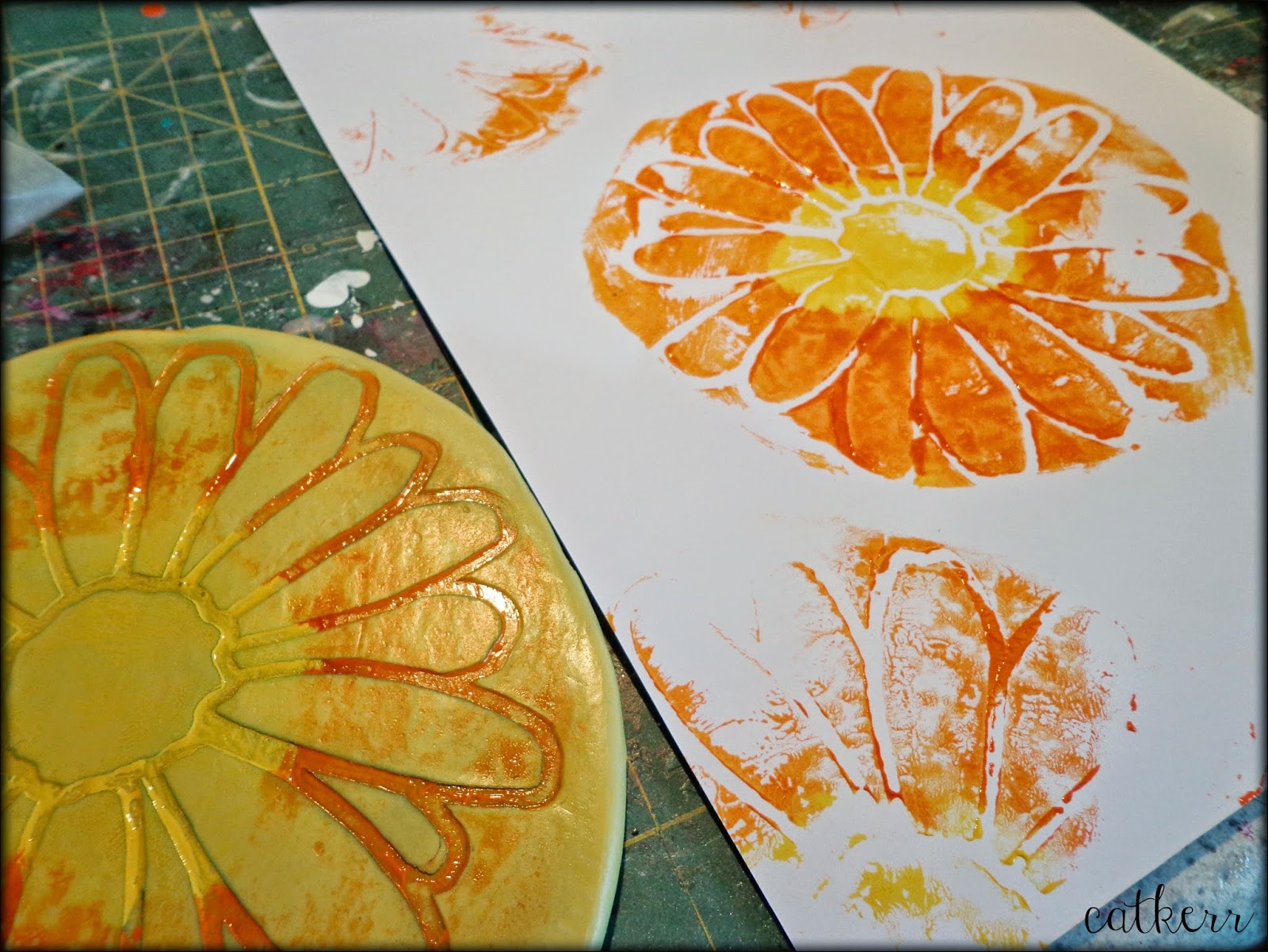 But I new I  wanted to make something a bit more dimensional,so I added another layer of Putty along the border of the mold. Once the putty cured I mixed up two equal parts of Amazing Casting Resin and Orange Alumidust and poured it into the mold. 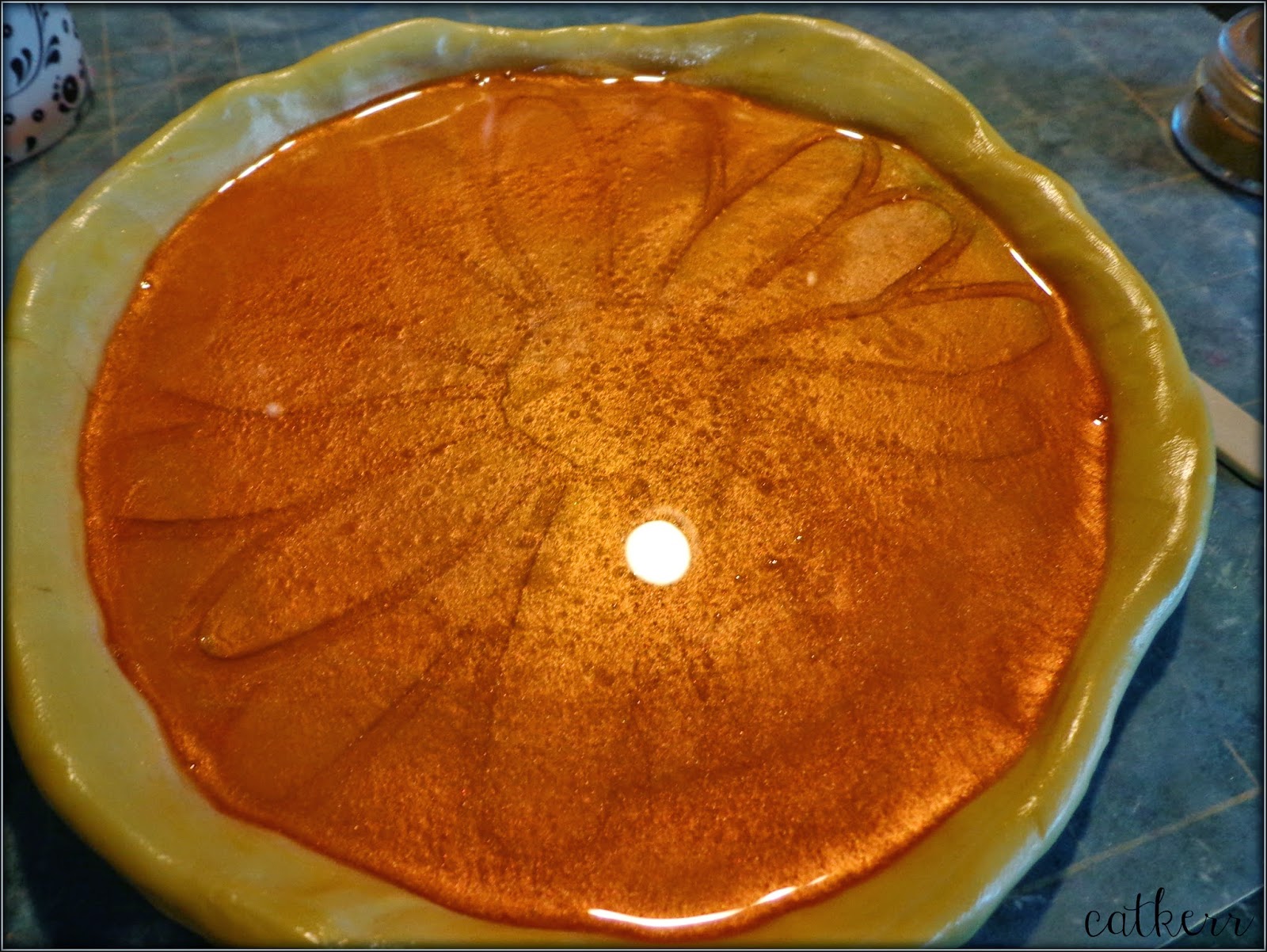 Once cured,about 7-8 minutes I removed the cast and trimmed the edges with scissors.Once it's fully cured you can no longer cut with scissors. 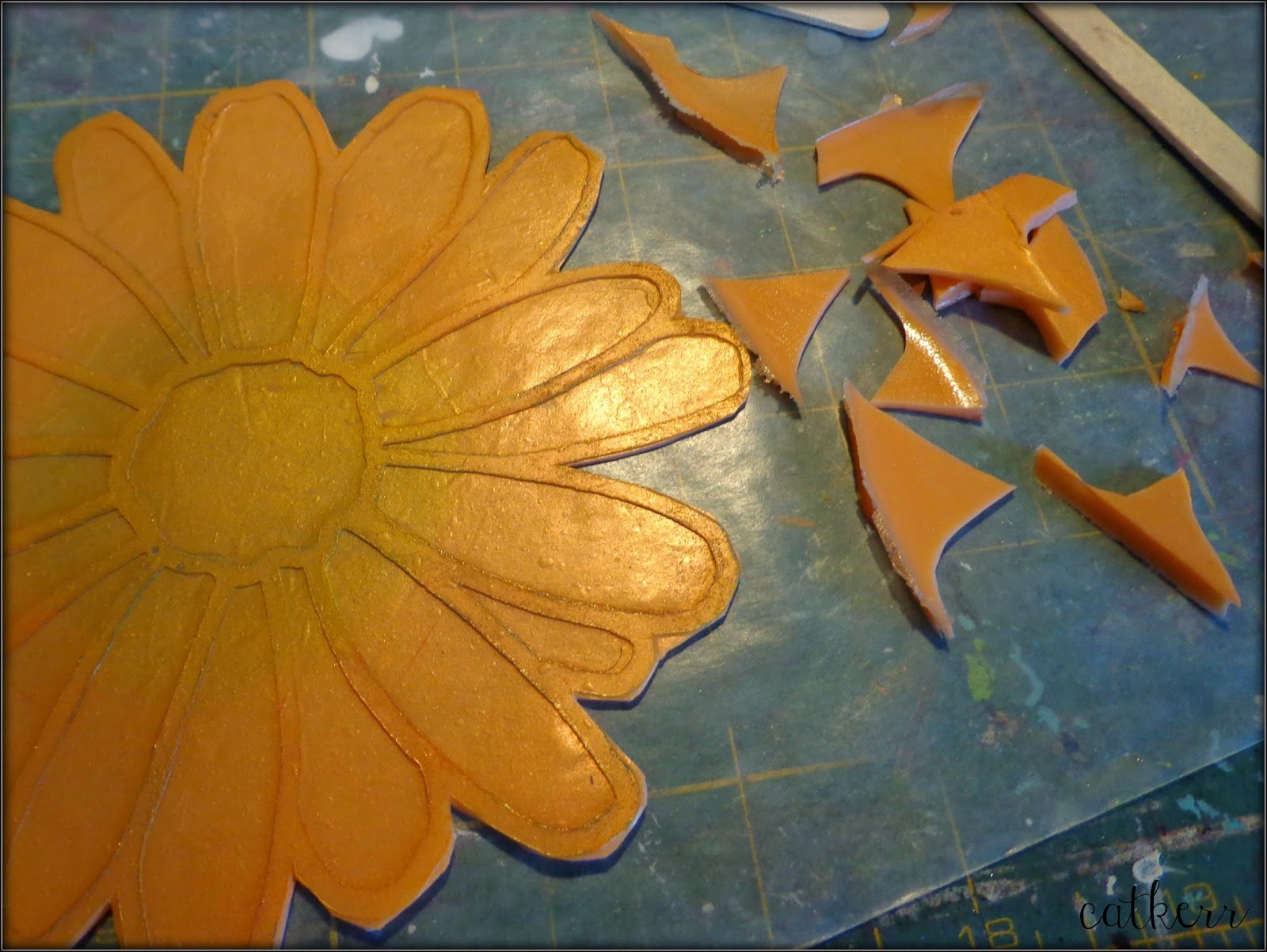 I cut out the center with a Jewelers Saw and added a light dusting of gesso to the flower. 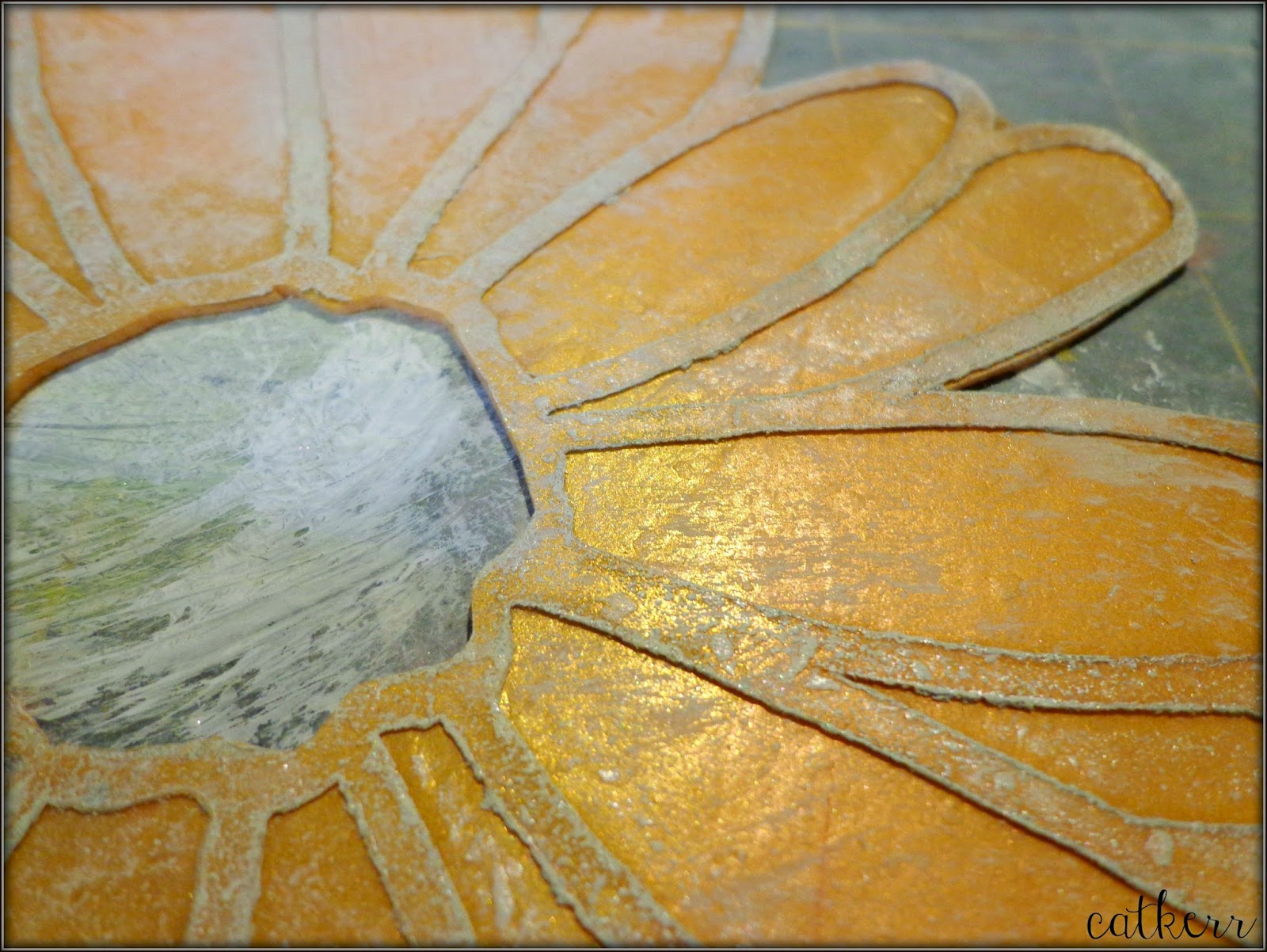 I added some rub on words to the petals and held it up to the light so that I could show you why I wanted it in orange.  So that it could hang from a window and let the light come through that happy orange color. 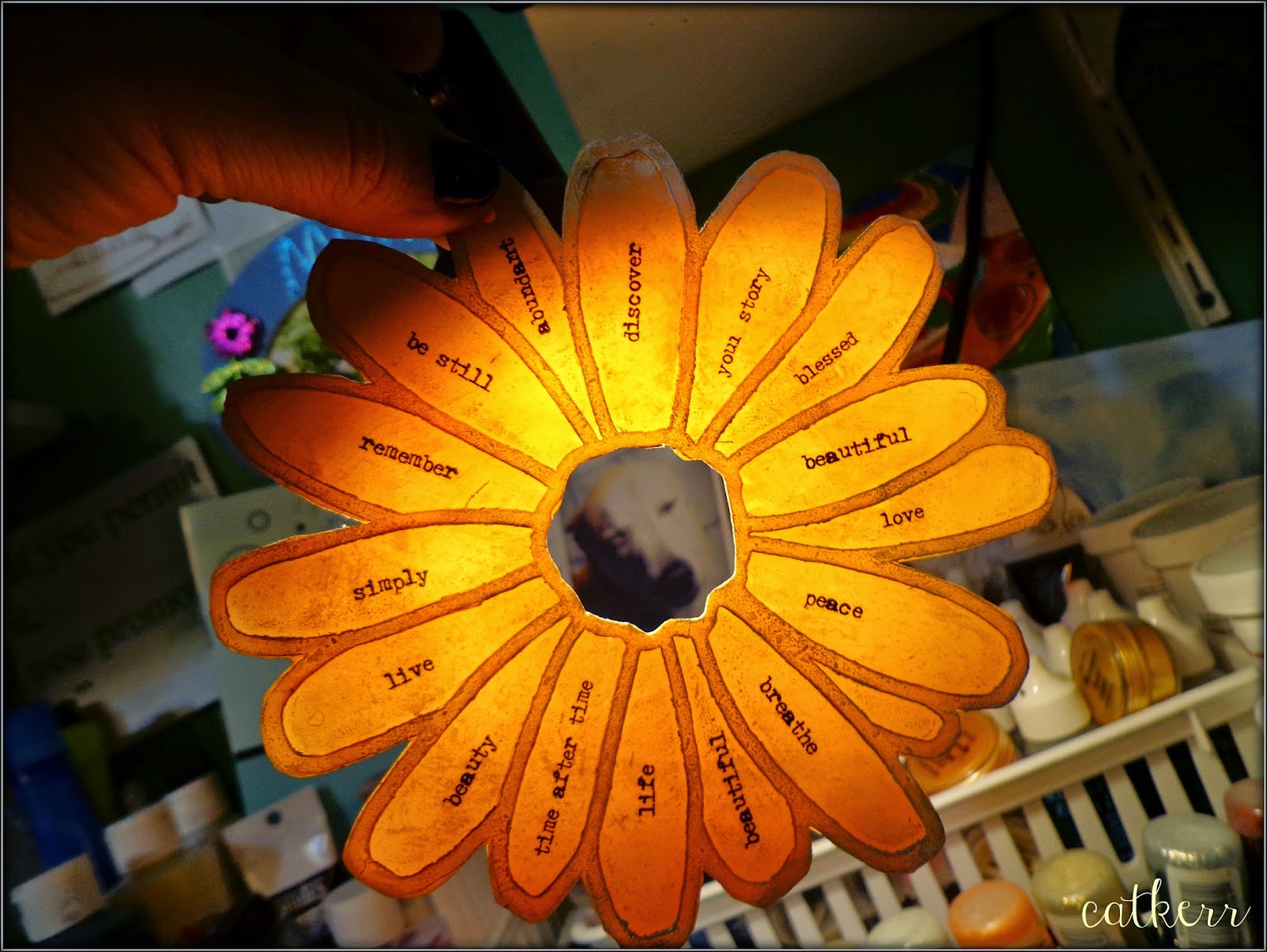 I added some Stickles glitter, floral findings and pearl stickers. 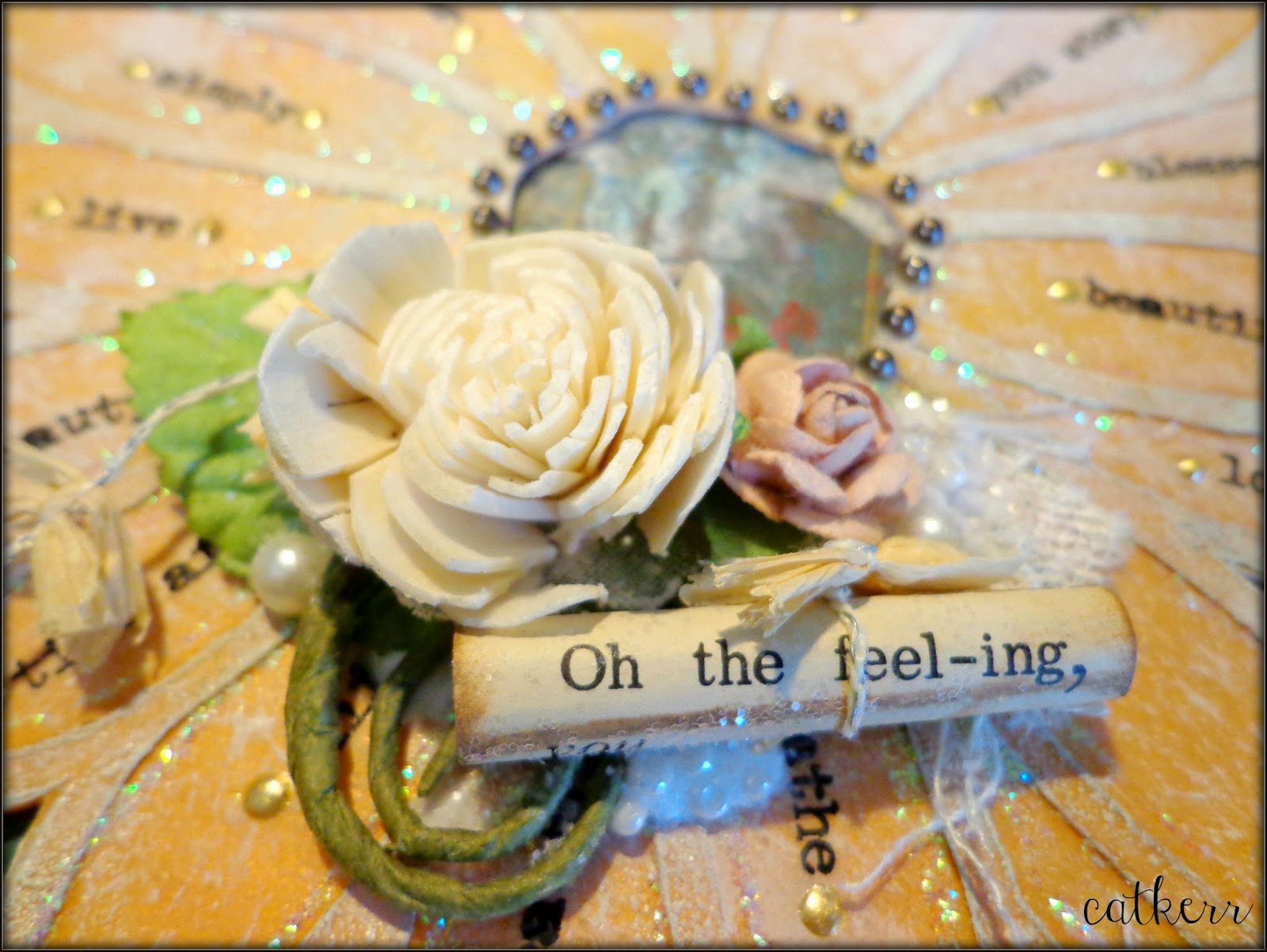 Added some twine and a bird image to the back and it was all done. 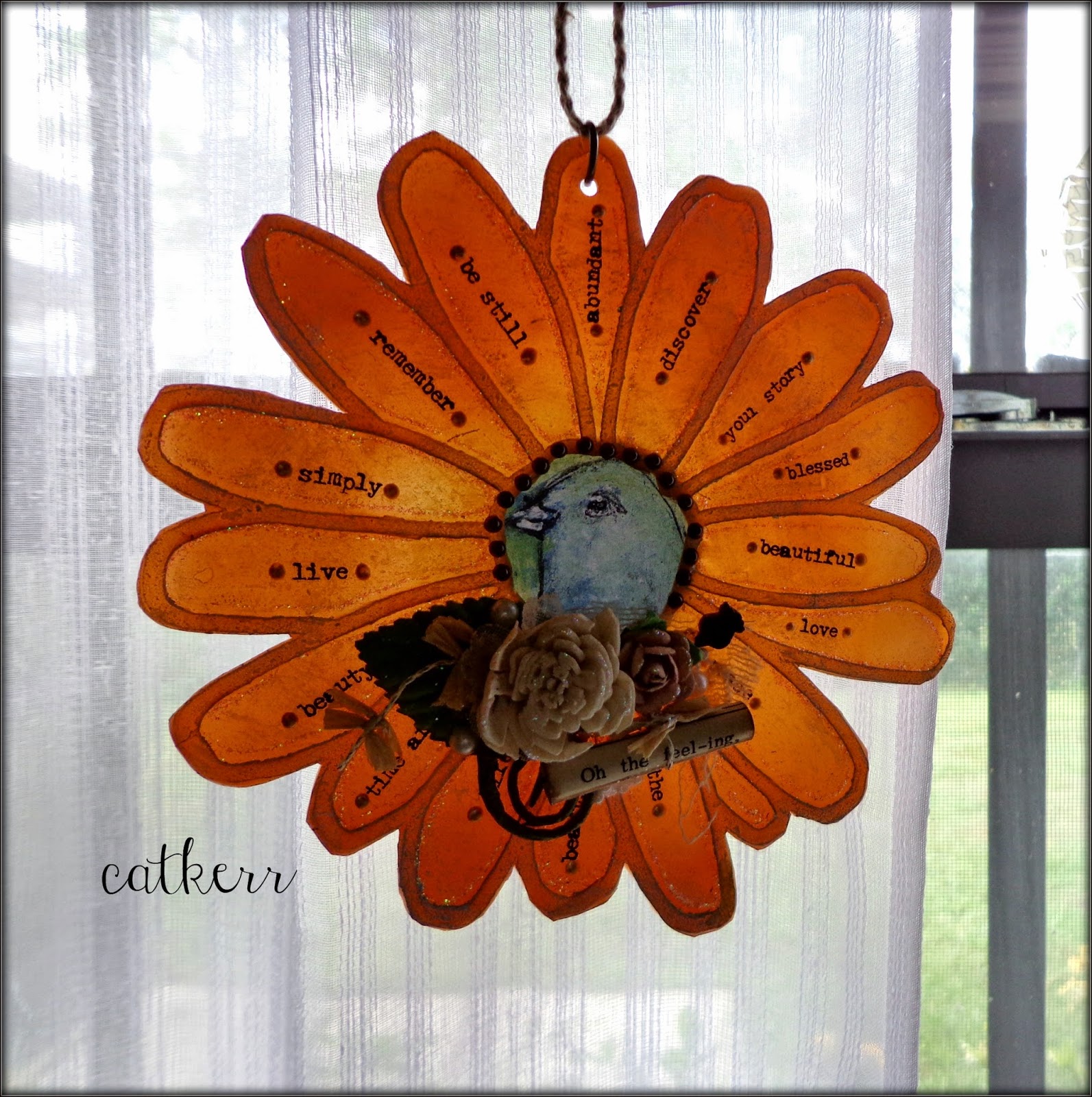 I hope my friend likes her gift, it truly came from the heart. 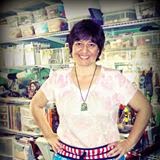 Cat Kerr is a mixed media artist that lives in Central Florida with her husband and two children.Her work has been featured in numerous Stampington publications.She teaches on-line and at national retreats around the country. Visit her blog HERE.
at 12:00 AM