Enter the labyrinth with Cynthia or dine with Andrew and stencil.

StencilGirl is thrilled to announce new stencils by Cynthia Silveri and Andrew Borloz!


Enter the Labyrinth... labyrinths as a part of garden design led Cynthia Silverti to create 5 mini stencils for you to use when you wish to add a contemplative mood to your art. 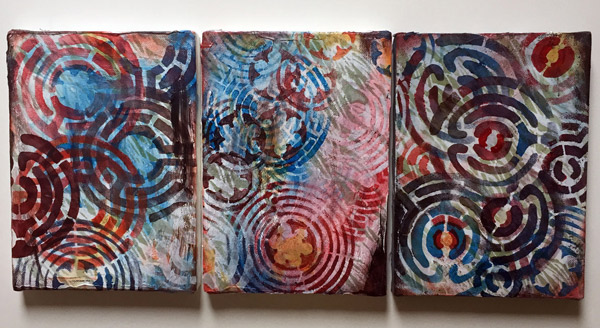 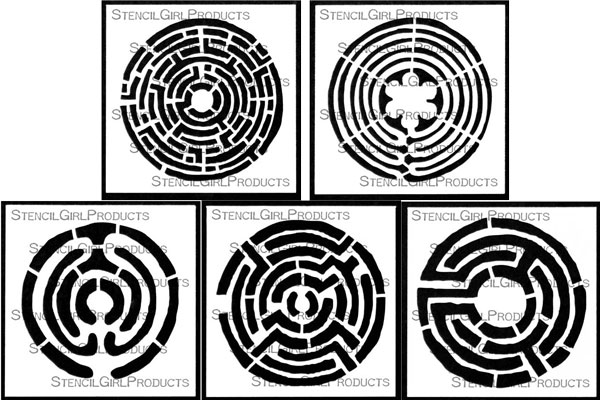 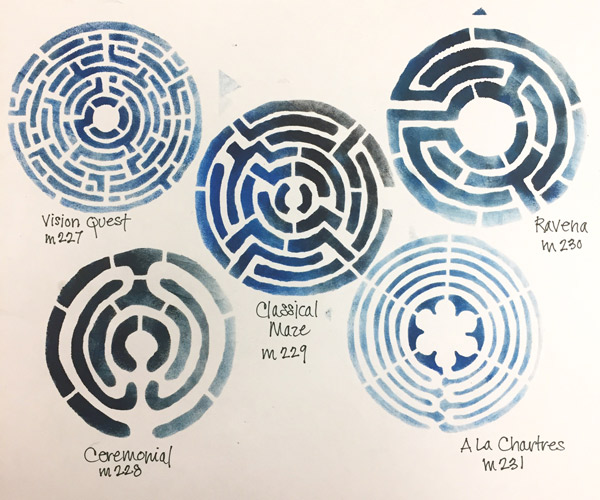 Cynthia writes, "Over the centuries of place and time, a number of variations on these contemplation and ceremonial paths exist. These small (4" x 4") labyrinth stencils attempt to show some of these varieties and will allow you to let your fingers trace the path for personal and spiritual transformation, mindfulness and relaxation, or simply as a tool to create beautiful art-one of the best ways I know of to relieve stress! The triptych art I created with these five stencils shows how they can be overlapped both on and off-center to create interesting layers and new forms. 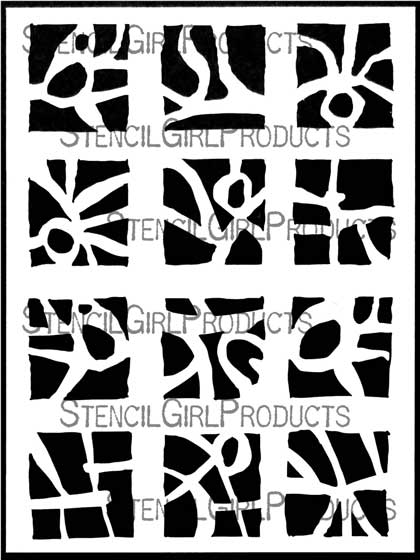 Cynthia has always been intrigued with Japanese Garden design and Japanese landscape paintings. From a purely artistic point of view, she has also been fascinated by Japanese brush lettering. The Japanese Influence Stencil is a reflection of her interest in the idea of brush lettering.

She writes, "While none of these symbols is representative of anything particular, they are reminiscent of Japanese brush lettering strokes. The artwork I made with this stencil, along with my previously released Birches stencil and Meadows stencil, was my version of a Japanese forest garden landscape painting. The blocky, yet organic shapes, feel relaxing to me, especially in this imaginary landscape setting." 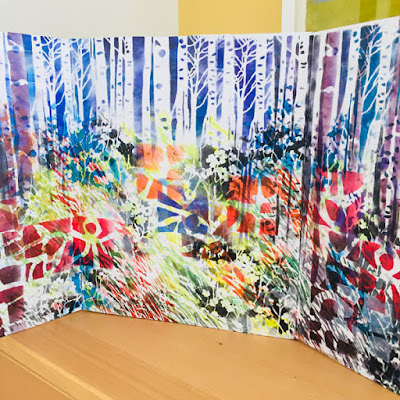 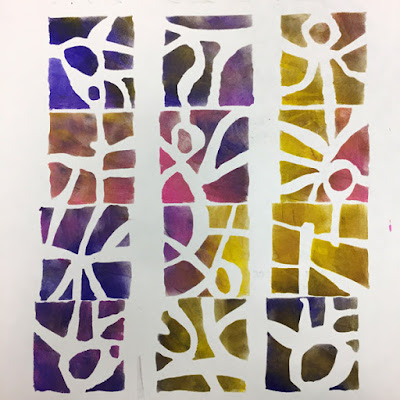 Andrew Borloz became fascinated with the Pfaltzgraff motifs, especially the ones with the leaves that looked like bent water drops, when he frequented the Pfaltzgraff factory outlet in Flemington, NJ. twenty years ago.

Andrew's Bent Drops small and mini stencils were also inspired by the paisley patterns on men's ties and by the patterns on his mother's Kohler Biel (Swiss) pottery.

For these stencils, he created one basic pattern using three bent drops, and it looks like a middle drop hitting a flat surface, creating a "splash". Using four repeats of one basic pattern. The floral-like squarish motif combines traditional and contemporary design elements. 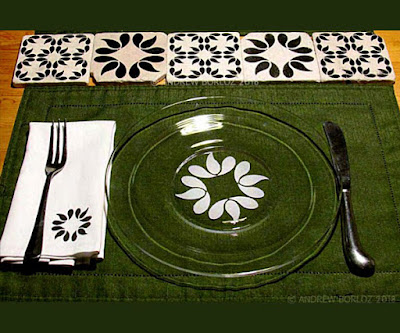 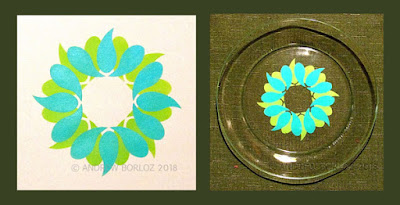 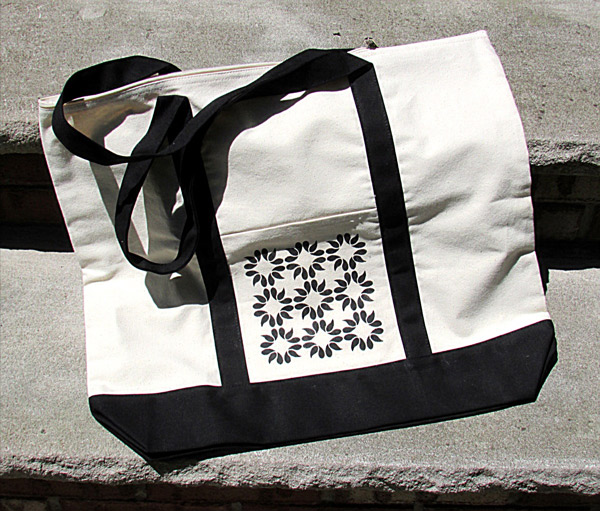 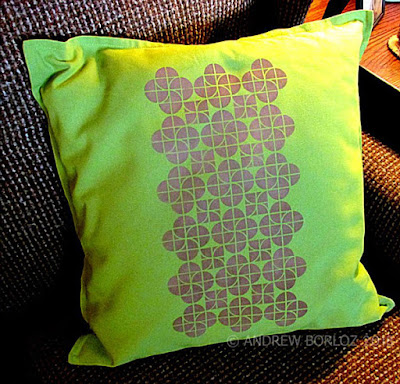 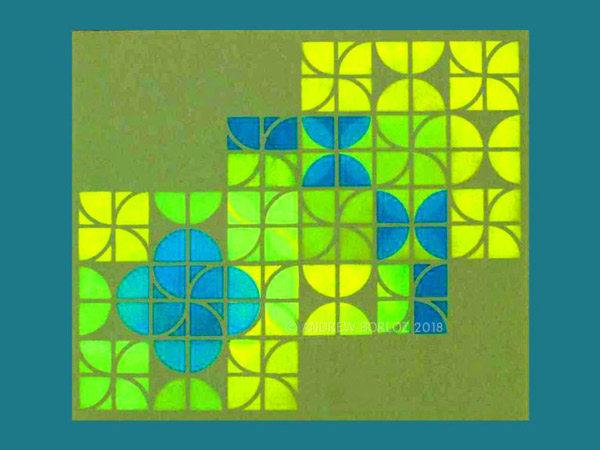 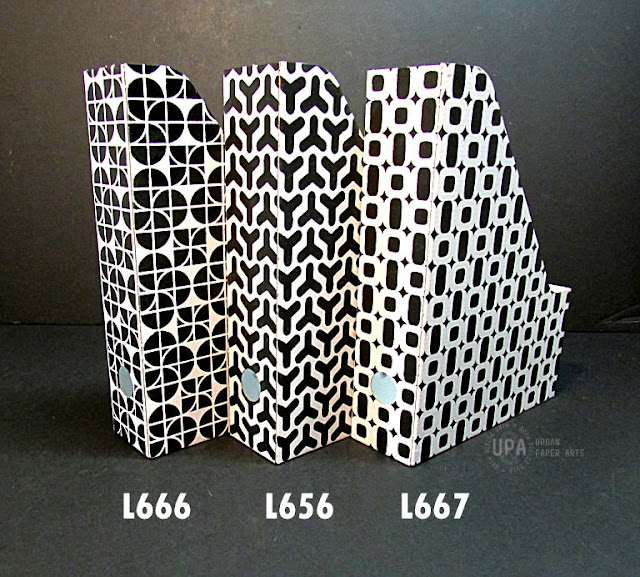 
Give Andrew a fidget spinner, challenge him to a game of Triominos, or watch him smile as he remembers riding a tricycle ~ the triangle is one of his favorite shapes so naturally, it must show up in his stencil designs.

This stencil has rows of rounded Ys pointing in two opposite sides, creating an op art look. 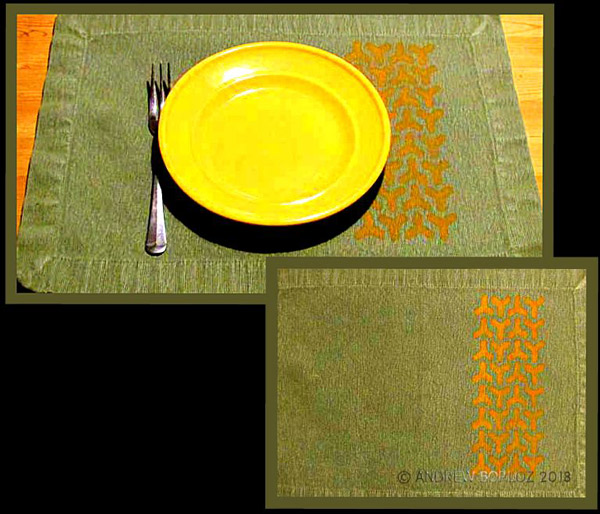 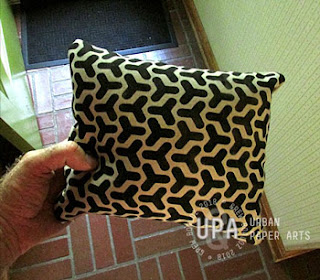 You'll find all the latest stencils on StencilGirlProducts.com.