Hi friends!  Excited to be back on the StencilGirl® blog.  Lots of good things happening in my neck of the woods. (So Cal).  I am in the midst of reworking my recently acquired house and I’m trying to update it on a minimal budget.  I’ve had a few rooms painted, moved some furniture around, and had a garage sale that allowed me to purchase some new, mid-century chairs (West Elm) that matched my real vintage, mid-century table.  It has actually been fun trying to repurpose, reuse, rework or buy used items, to create a home that reflects my style.  I also decided that I am going to start keeping and hanging some of my own art, something I have rarely done outside of my art room.  With the major stuff out of the way, I am now able to focus on the little details, like home decor pieces.  I am trying to keep it simple.  My kids don't want any of my cool, old vintage stuff (for real!) but I wanted a house that felt like my home.  So I came up with this idea.  Since I needed some ceramic vases for my fireplace mantel, I thought rather than buy them, I would make them myself, or rather “fake” them, spelled “f-a-u-x”.   I would go modern in look but blend with my mid-century, boho vibe. I think it made a nice compromise for both generations. Perhaps they might like to keep my art someday as opposed to my junk. Lol.  Here is what I ended up creating. 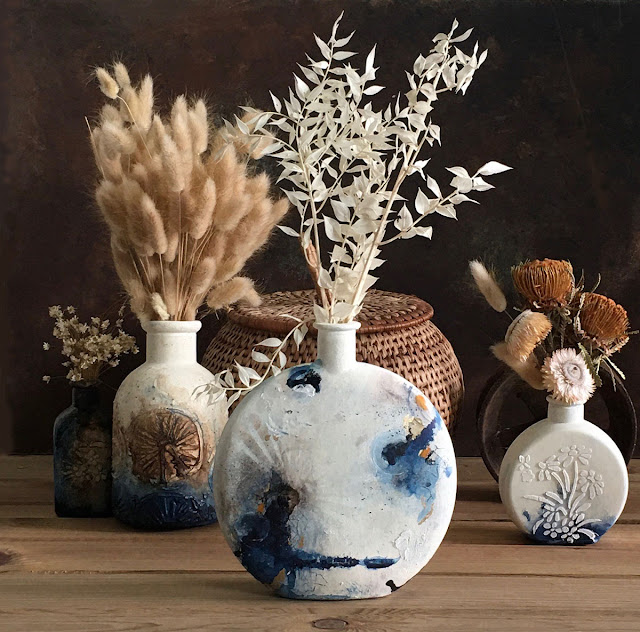 I made four jars initially and went back and bought a few more jars for half price at the craft store because they were too much fun!  You can purchase jars from garage/estate sales or recycle the ones in your own home.
You will need the following items:

StencilGirl® stencils of your Choice!  Most important :)  (The ones I used are listed at the bottom of this post and in the pic below.)
Glass Jars of Your Choice
Rubbing Alcohol
Gesso or Chalk Paint
Ink-optional
Texture Paste
Brushes
Watercolors and/or chalk paints of Your Choice ( I used mostly watercolors)
Misting Bottle with Water
Smudgee :) or Sponges
Old Credit Card or Knife
Matte or Glossy Sealer 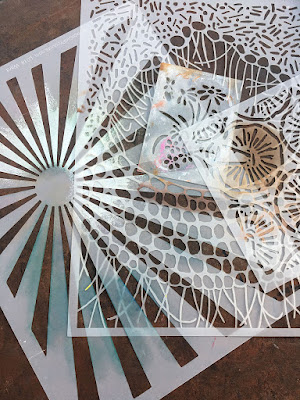 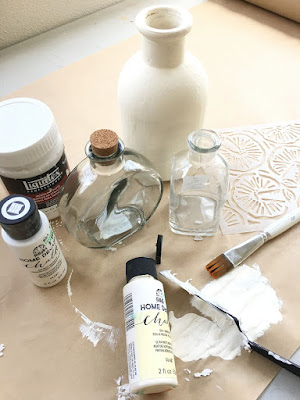 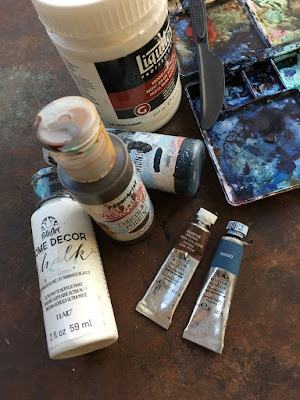 I used rubbing alcohol on all the jars to clean them well, then I painted several coats of chalk paint on my jars.  You can also use gesso.  (Btw, too thin of chalk paint will cause the paint to come off the jar when misting the watercolors or blending paint colors together so make sure to apply a few coats and let them dry.)

Now that the surface is prepped, it is play time.  For the largest jar, I played around with stencils by Carol Wiebe, Michelle Ward and me!  (I used paint and ink for the images.) To soften the designs,  I white-washed them with white paint using a smudgee.  Applying watercolors was next.  I really put them on thick in certain areas and then misted them lightly with water. I let them do their thing. So fun to watch!  When dry, you can add more colors.  Make sure to add highlights and contrasting colors so that your art pops.  I added splatter paint and Tim Holtz' Crackle stamp image to the jar too!  Spraying with a matte sealer to prevent the watercolors from bleeding was the finishing touch. 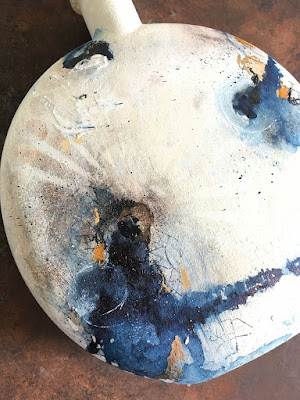 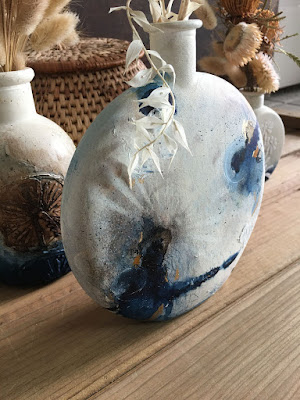 The medium jar was actually my first vision.  I did everything that I did at the beginning of the first jar but instead of painting on an image, I applied texture paste to the jar using my Mushroom Gills stencil. In order for the image to be put all the way around the jar, I had to wait for each one to dry. However, I “may” have used my heat tool to help the process along. ;). I added more watercolors to the mushrooms after they had dried and then lightly splattered paint all over.  This one got misted with the glossy sealer. 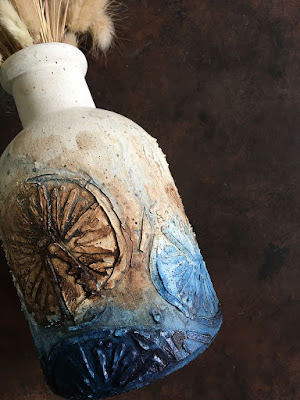 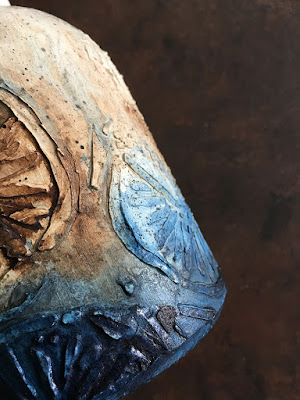 And finally the little one was only painted and misted on the bottom, which resulted in a kind of marble effect.  Loved that!  Very trendy and modern. I then added one of the images from my ATC Mixup collection with texture paste, let it dry and sprayed in with a matte sealer.  You can also repaint the flowers with the same color of chalk paint so that the image looks like it was made from clay. 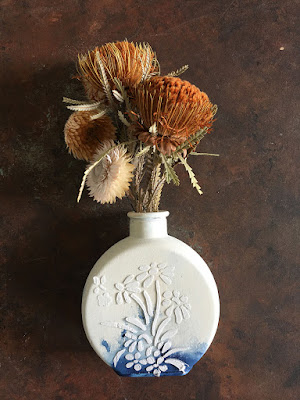 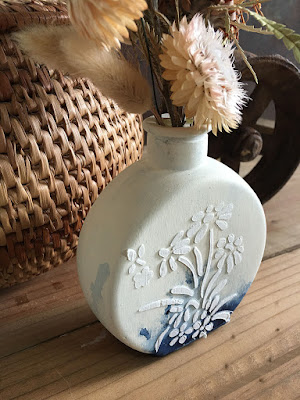 Super happy with how easy they were to create.  Thinking these might make some great gifts? Ah, but for now, these particular ones are staying on my mantel.  I am certain you can come up with a ton of ways to embellish jars with stencils. I can see the possibilities of gold leafing on daisies of that small jar. Hmmmm. Hoping you will play and post what you create!