Stenciling In My Sketchbook

Have you ever watched sketchbook flip throughs on Youtube or Instagram? I enjoy them as they inspire me to create and to strive for a higher level of art but they are depressing at the same time because my sketchbooks are not as pretty.
Ever since I was a little girl, I have loved collecting things and keeping them in book format. Words, inspiring pictures, color swatches, souvenir receipts and brochures (otherwise known as a scrapbook)...you name it. For me, the fun was flipping through these books and feeling joy in what I created. But when it came to keeping a sketchbook, it was something that I did sporadically. I have never been an individual that welcomes failure and in order to become a better artist, failure is essential. For the past year, I have been diligently keeping a sketchbook. I don't draw in it every day, but I include it as a part of my weekly routine.
When it comes to what to put in my sketchbook, I am stumped most of the time. Of course, I want the end result to be a masterpiece, so I start the process by limiting my subject matter to something that is familiar. As the year has progressed, I am challenging myself to subjects that I am un-familiar with, in an attempt to grow. 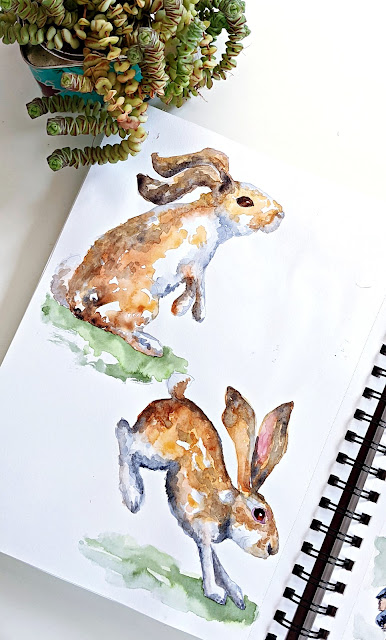 Stencils were not something I would ever think to put in my sketchbook but I love that they take the guess work out of where to start. I trace the stencil and then find a reference photo. 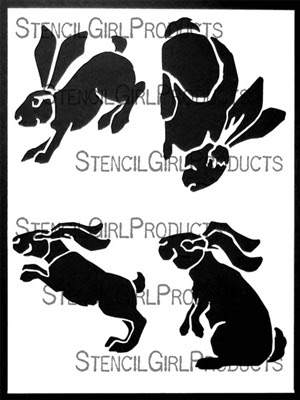 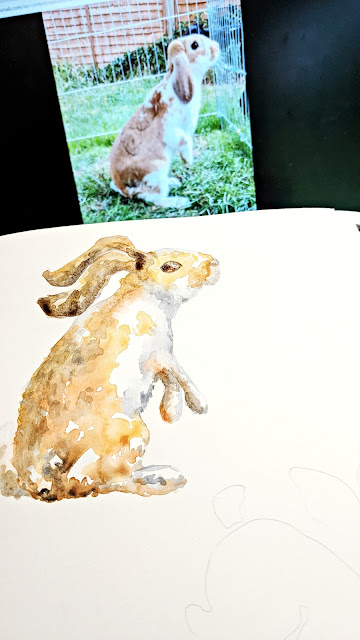 One of the ways I find a reference photo is to search online. For example, to search for this rabbit, I searched, "rabbit on hind legs side view." There were lots of pictures to choose from but this one was the closest to what I was looking for. 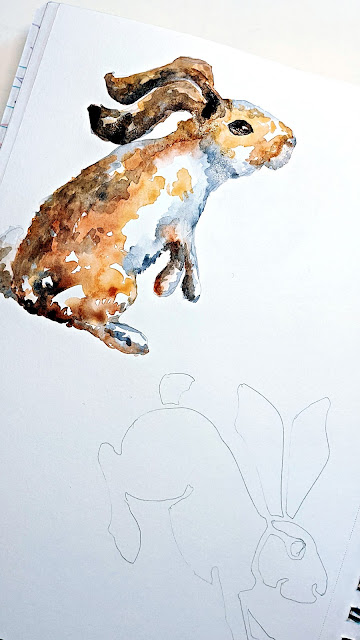 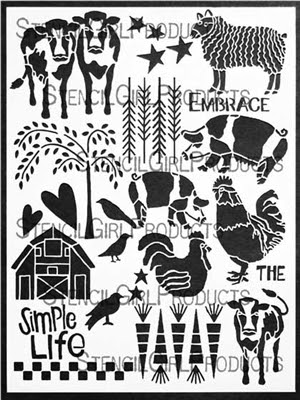 On the Farm
Animals are not something that I usually paint so this stencil offered a variety of subjects to choose from. 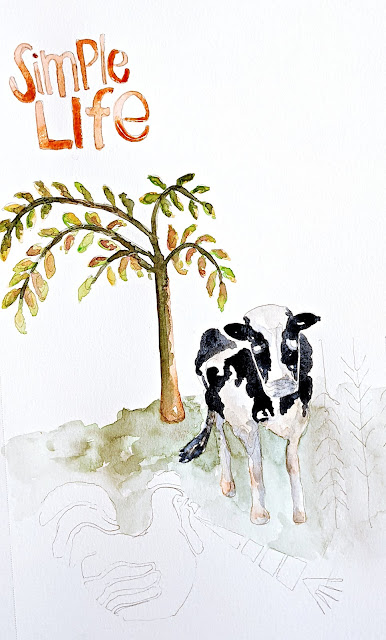 As you can see, I traced in pencil and then added color using watercolors. I put several of the images together to create a scene. 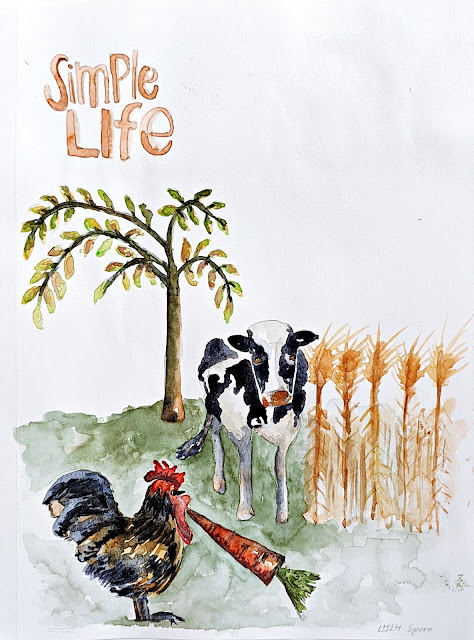 That carrot is a little large compared to the chicken but art is subjective, right? 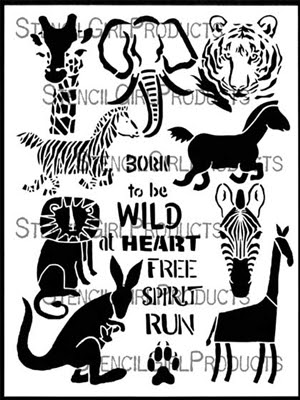 Born to be Wild Animals
. 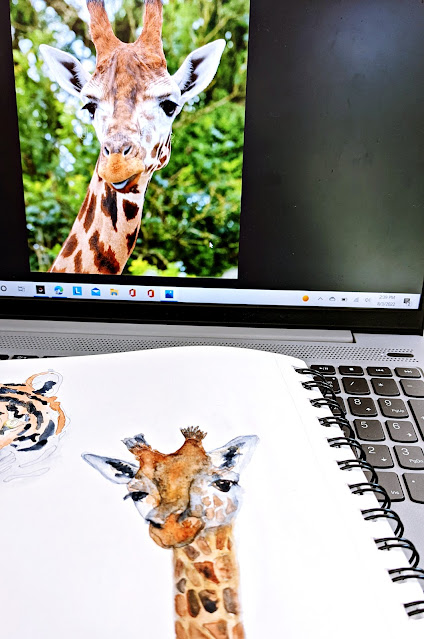 From this stencil, I chose the giraffe and tiger but I didn't complete the tiger. Remember I mentioned failures, well, the tiger was a fail. At a later date I plan on going back and giving it another try. 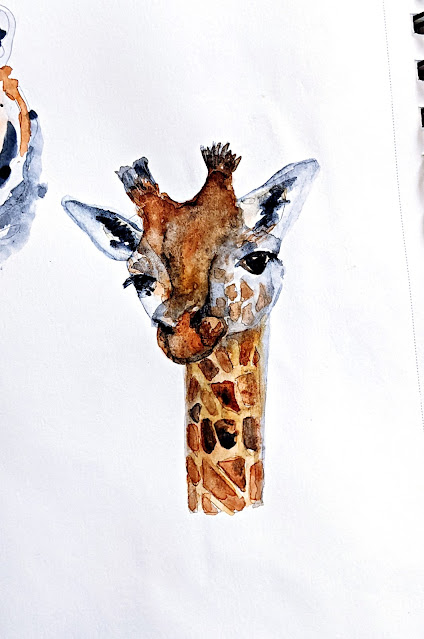 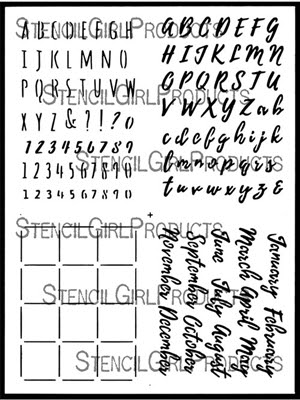 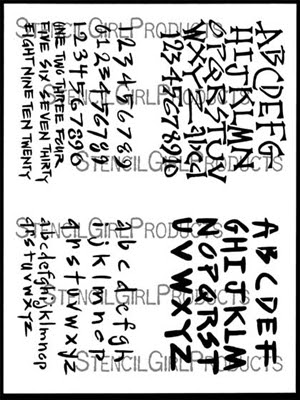 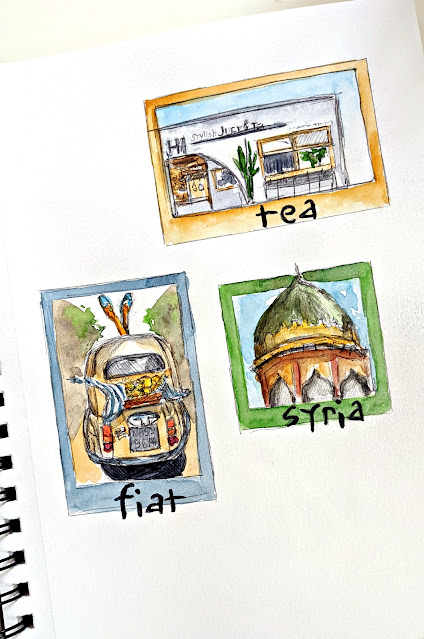 For this sketchbook page, I started off using the grid to create a photo frame. This one is my new favorite stencil as I found the grid customizable and a great way to layout a page beforehand. I found some photos on Pinterest as inspiration to work off of. I sketched them out and made a quick painting, spending no more than 30 minutes on each. Afterwards, I stenciled the words and called it complete.
I hope you are inspired to give stencils a try in your sketchbook. It can be really fun and the possibilities are endless, especially if you have an imagination.
Until next time,
Kate
at 2:00 AM