I've been brimming with excitement over these Voices projects and sure appreciate each of them taking the time to share their talents.

Our Voices artists worked with paper, clay, and canvas to create art with the "Here, There, and Everywhere" stencil set Mary Nasser designed for August 2016 StencilClub. 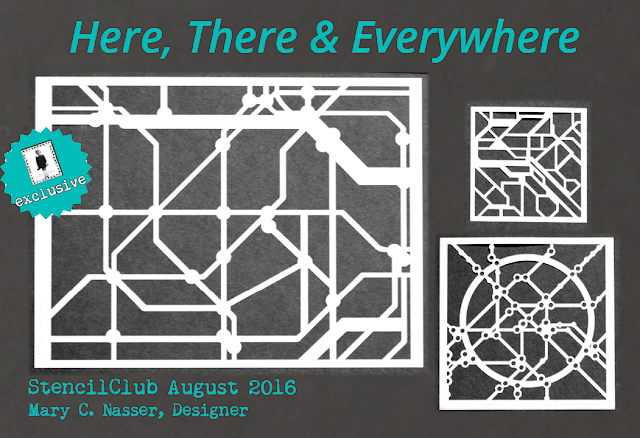 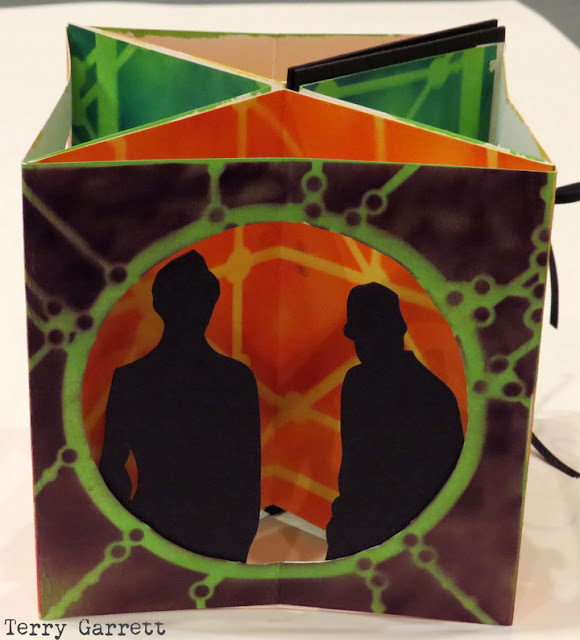 Terry said he had "big fun" making a variation of a carousel book. 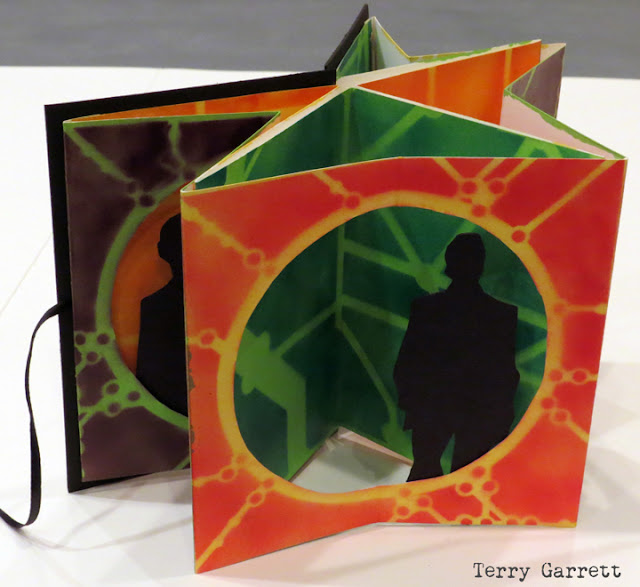 The black silhouettes aren't stencils, they are cut out of black card stock. 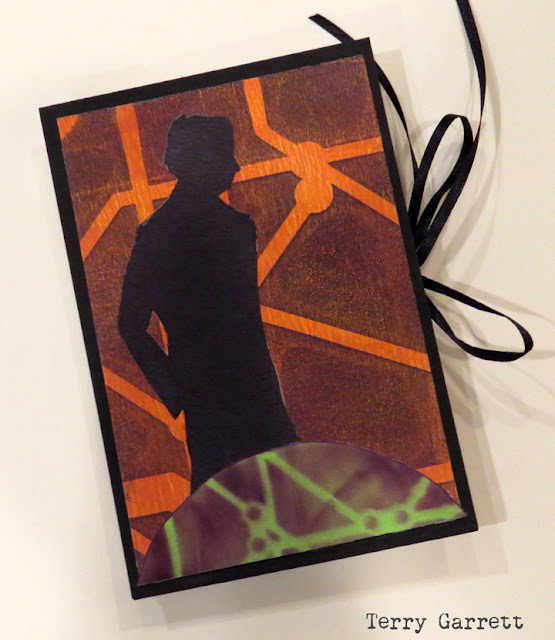 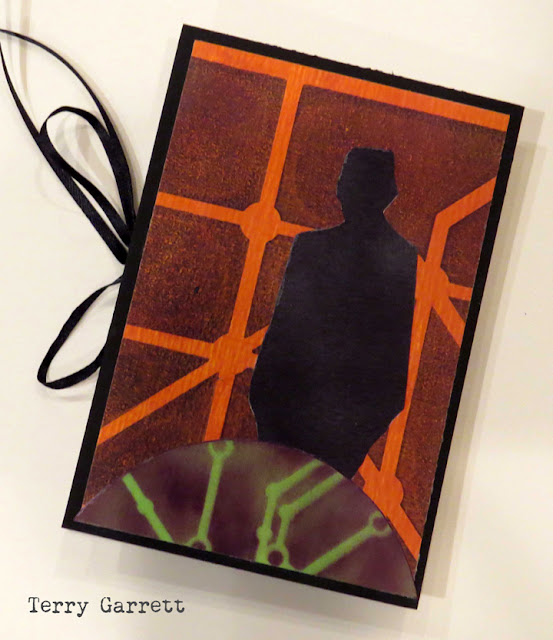 You can discover more about Terry on his Whisperwood Art Works blog. 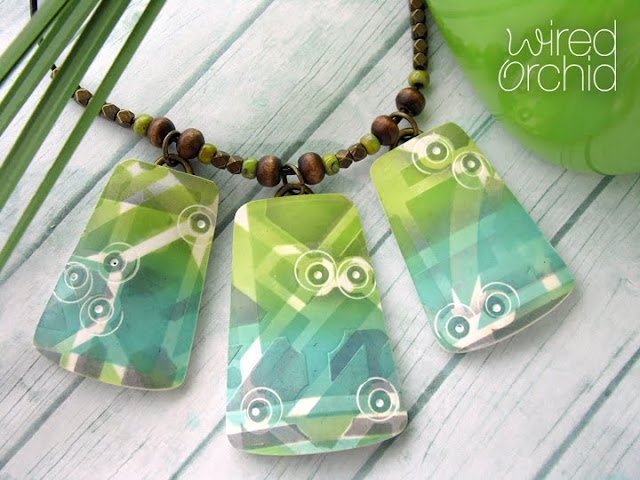 Lorraine made a clay veneer (pictured below) and then cut out her pendant shapes. 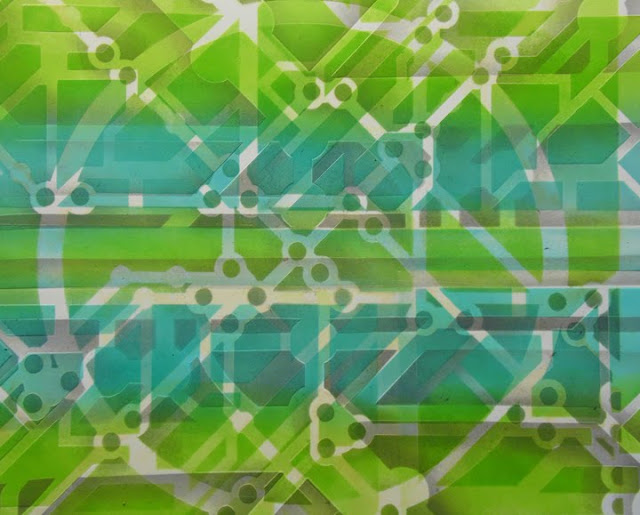 You can connect with more of Lorraine's work via her Wired Orchid Facebook page. 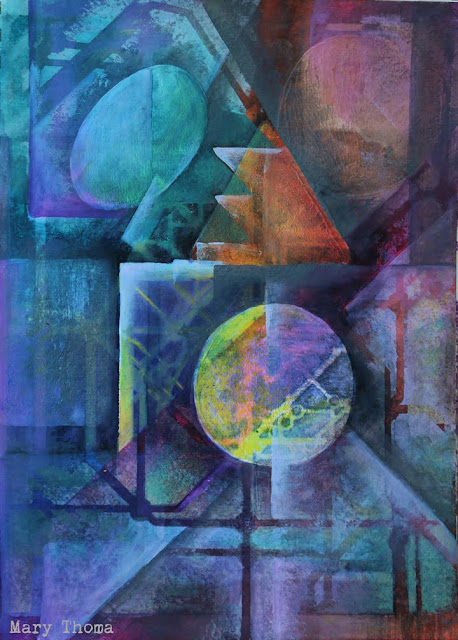 For a more detailed outline of how I produced this piece please check out my Make It In Oklahoma blogspot.

Carol again. I'm diggin' the August stencils and feeling oh-so-lucky I get to spy these works of art first. The original StencilGirl, Mary Beth Shaw, and I are thrilled to share this inspiration with you!

Remember, if you are a member of StencilClub and would like to put your name "in the hat" to become one of our upcoming Voices (you'll receive the month's stencils early plus a few other perks) just contact Carol via the secret Facebook group or email.