For months I’d been eyeballing a certain set of stencils that I had purchased from StencilGirl® but couldn’t quite get it together. My eyeballs were bleeding from trying to will the stencils into art. I’m sure that you understand that sometimes the Muse just isn’t home. In fact, she may very well have decided to elope with Creativity—two loves with harmonized desires escaping the constant grabbing of the artist’s demands. When that happens, we have to do a little mus-ing ourselves. My mus-ing came in the most surprising manner—and it has to do with sales. I admit that I am a craft store junkie. In fact, my family knows that when I actually do leave the house, I am most likely hitting the craft store triangle (think Bermuda triangle here). No, it cannot be just one store. It has to be three. I might miss something if I fail to visit all of them. But, then, you know that already, don’t you?
It so happened that I was in one of those stores one day and noticed that the terra cotta clay pots were on sale—50% off! I had no idea what I would do with one but it was on sale! So, I bought the clay pot, took it home, and proudly displayed it on the breakfast table currently heaped over with creative inspiration (think overflowing, husband-is-going-to-go-red-faced-if-he-has-to-eat-in-the-living-room-one-more-time creative inspiration). “Oh, my,” I said to myself out loud one morning. That was after the pot told me what it wanted to be. So, I set out to dress it up, and what a dressing it received! Have you ever had that moment of surprise at how brilliant you believe yourself to be? Yes, that was me that morning.
Here is the clay pot sans makeup: 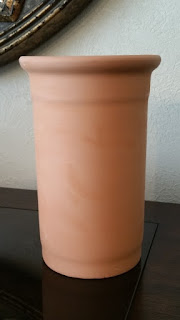 After walking around the table and thinking about that pot, I got the inclination that she wanted to be dazzling and historic. And, then, those stencils I had been thinking about for a while popped into my head. It also didn’t escape me that the mythology class I had just begun teaching might have had a bit of an influence on me. I rushed to my stencil albums and started flipping through my stash. I pulled out one stencil, then another, and yet another. I auditioned those babies until they sang to me. I began to lay down the underlayer by coating the pot with white gesso then dotting it with black circles using my large round dauber. I also painted the lip of the pot black. 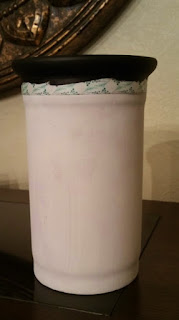 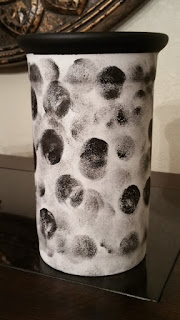 Next, I used the dauber to paint a couple of layers of dark plum on the rest of the pot. Two or three layers will do the trick. However, note that the more layers you use the less you will see the black spots underneath. When I used my dauber, I worked all around the pot so that I didn’t get too heavy-handed in one area. The intent is to create the idea of depth in the piece. 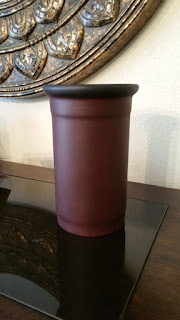 Once the dark plum was completely dry, I embossed the circle design from the Greek border stencil, then the goddess from the Sacred Feminine stencil. From there, I added the borders on the top and bottom also using the Greek border stencil. After looking at it for a few days, I decided it needed one more element, something subtle, so I added tiny circles beside the goddesses using the open dots on the ATC Mixup #2 stencil. It made a huge difference! (You'll see the dots in the final photo.) 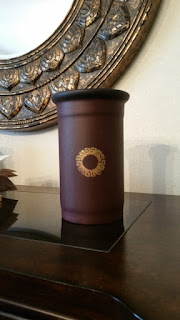 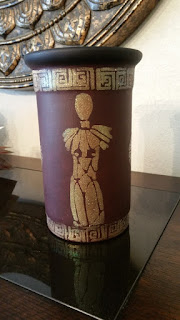 Because I think of gentle breezes and soft, gorgeous flowers when I think of Greece, I wanted to create a floral design that was natural and simple yet luscious. I glued a Styrofoam vase insert to the bottom of the pot. Hint: Do not use E6000 for this. It will melt your Styrofoam. Instead, Aleene’s tacky glue works great. Next, I added some brown decorative Excelsior so that it would really offset the lighter flowers. To create the floral design, I added a sprig of leaves, some natural curly Willow, and a cutting of some pink blossoms. Let it be said that the Muse was totally surprised that Creativity left her for me when they both returned. 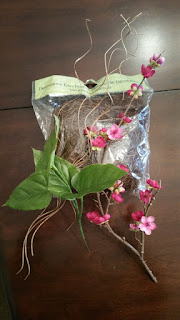 The beauty of this project is that, with a simple change of stencils, you can evoke a substantially different feeling. I have listed below the items that I used in my project but have also curated some other stencil choices. I hope that you enjoy making your own! And, hey, share your vase project in the StencilGirl® Facebook group and be sure to tag me! I’d love to see how Creativity led you astray.
And now for the reveal! 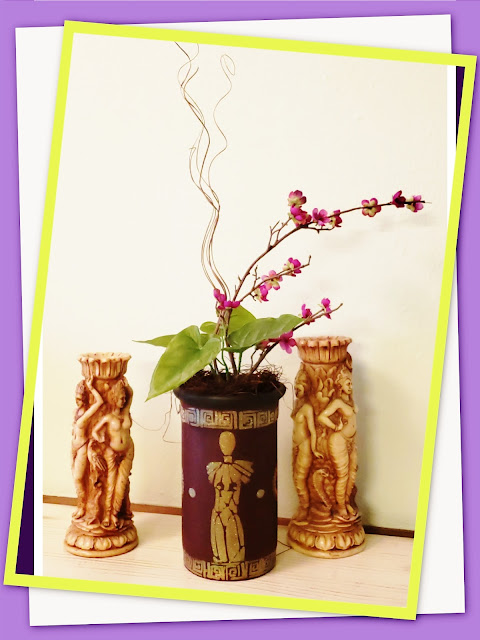 Geometric Vase
Diamond Dot (Kristie Taylor—L539)
Note: For this design, I would use only the Diamond Dot stencil all around the middle section and then paint the top and bottom edges an alternate color from the color in the middle.
WANT TO CONNECT WITH ME? CLICK ON THE LINKS BELOW. 👇
Mystic Spring Studios, Facebook, Instagram, MSS Blog, Twitter, Pinterest or email me at annemarie.mysticspring@gmail.com.
Anne Marie