You're the next contestant with June Pfaff Daley's Price is Right inspired stencils! 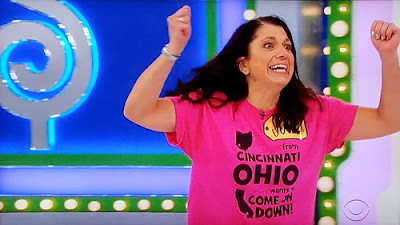 Mary Beth Shaw and the StencilGirl Staff could not be more pleased that June was able to live one of her dreams and we hope June's stencils help you manifest your dreams. Here's the story behind June's stencils: 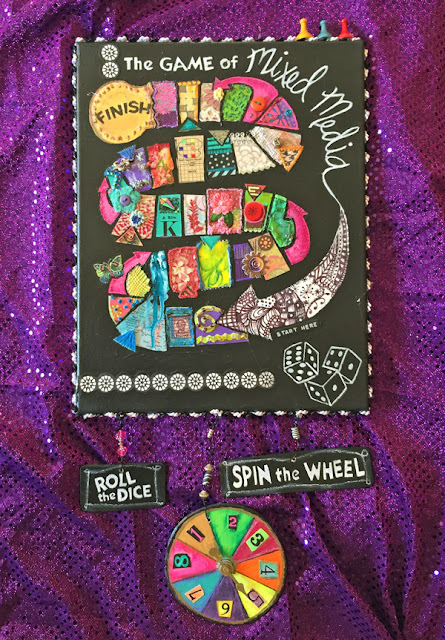 “Come on down! You’re the next contestant on The Price is Right!”

June Pfaff Daley must have heard those words thousands of times in the 70s and 80s watching Host Bob Barker on the Price is Right game show and guessing the cost of common household items on one of the three channels on TV with her Grandmother in Pennsylvania.

“We did win more often than the contestants,” June said. “Well, maybe half-and-half,” she amended. “Pricing is hard! Especially cars.”

When the tube was off, board games ruled the Pfaff family dining table. Unlike checkers, June felt she could become part of the fantasy tooling down the cardboard highway of life in a plastic car in The Game of Life, bringing home the bacon in Payday, and wheeling and dealing for real estate during Monopoly. June’s affinity for games continued into adulthood where Scrabble, Balderdash, Taboo, Scattergoires, and several different versions of Monopoly bring her family and extended family together.

As for game shows, The Price is Right continued to rule through Bob Barker’s retirement and Drew Carey’s fulfillment of the iconic role of host.

“It’s the longest running game show with the glittery wheel and factory showcase; it’s a classic,” June said. “It’s memories of grandma and, I admit, I’ve always liked to shop quite a bit.”

When June scored tickets for Ellen’s 12 Days of Christmas, she had to go back to Los Angeles and because she was returning, she was determined to sit in the audience of her favorite game show. Online tickets were the easy part. “There’s more security than an airport,” June said of the three-to-four-hour process of badges and paperwork. Then came the interview with the producer. June was one of 320 fans. “It’s fair to say when Stan got to me I kind of lost my mind.”

Losing her mind paid off.

“June Daley, come on down! You’re the first contestant on The Price is Right!”

On stage, the game June played for a car was Roll the Dice (coincidentally one of her stencils).
“It’s hard being on stage,” June said. “There’s definitely some stress involved when 320 people are acting like lifelines yelling and waving their fingers at you. A lot of luck is involved too. Drew Cary was so nice; he must get tired of people hugging on him. Everyone was kind, warm, and genuine.” 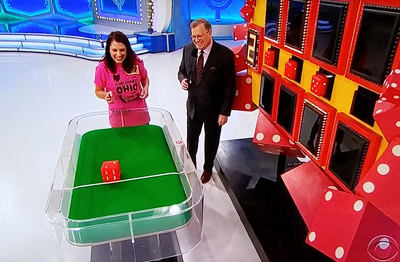 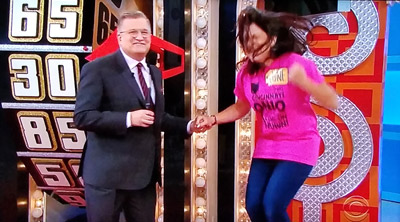 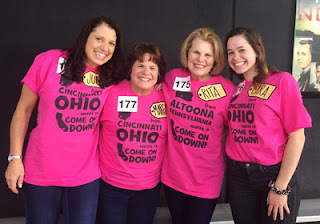 What came first, the stencils or the show?

The stencils were in process before June knew she’d be on the show and it seemed only right to hold them for June’s contestant appearance.

“I see that games can be a metaphor for anything in life,” June said. “The large Game of … stencil is yours for boardgame making, maybe about a goal you are working toward or imagine for kids and grandkids, a game about the book they are reading, favorite places or things. Roll the Dice and Spin the Wheel allow you to make a change and try something new.” 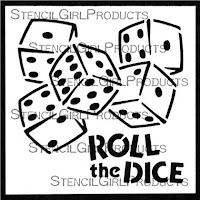 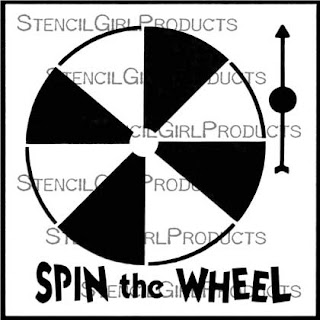 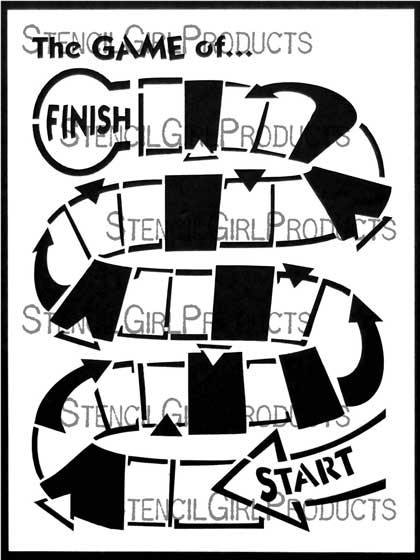 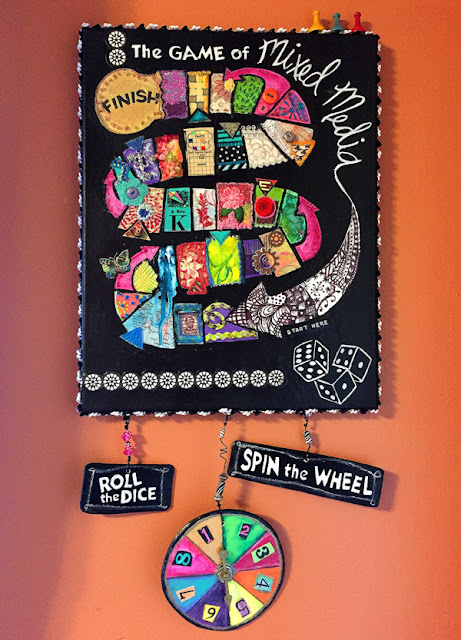 One could play June’s Game of Mixed Media however, she created it as a visual aid
to get unstuck by making the artist think, what’s in my toolbox or stash,
what’s the technique I forgot I loved to use or wanted to try. 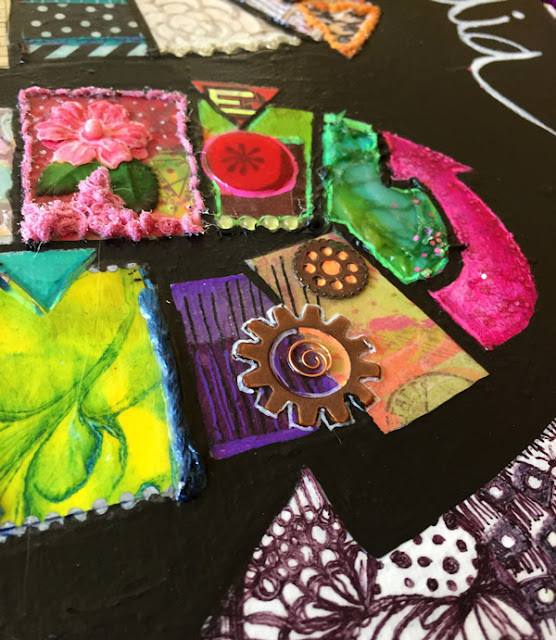 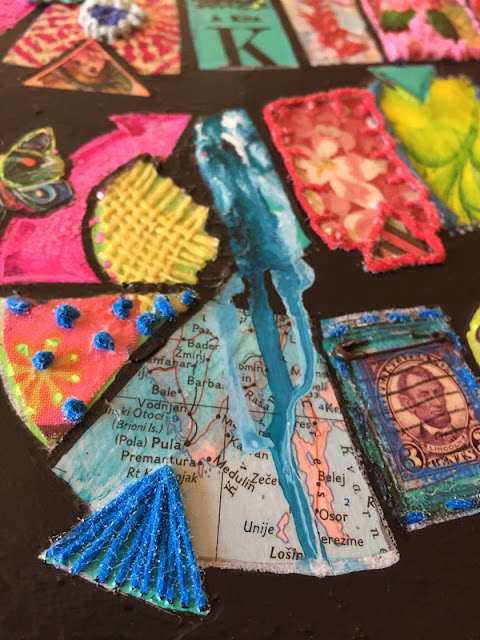 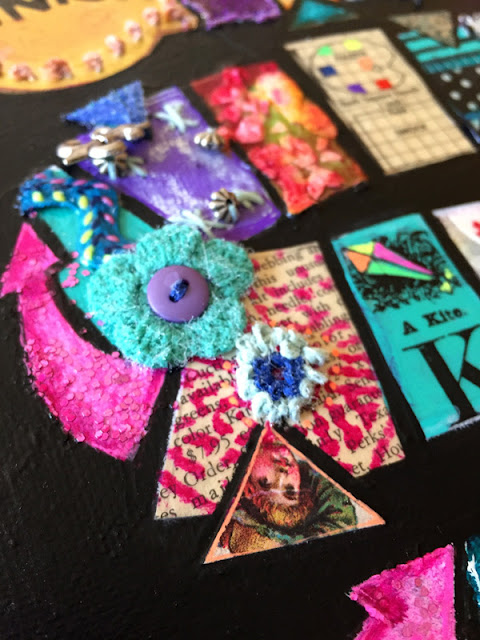 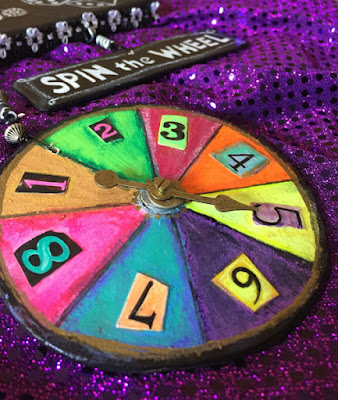 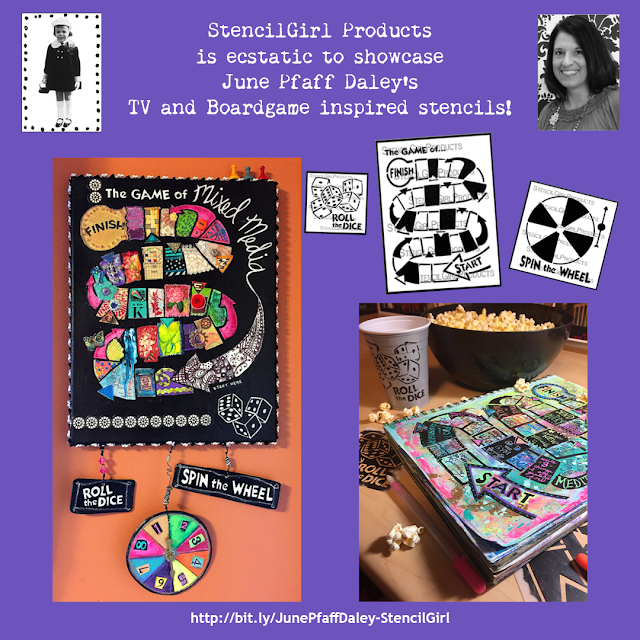