Matisse and Kelly inspired these stencils

Our stencil designers Carolyn Dube and Cynthia Silveri find the artworks of Matisse and Kelly fascinating and StencilGirl® is delighted to release the stencils our designers created for you!

Ellsworth Kelly's work represents the examination and play of light, form, and color in an abstract and straightforward manner. The simplicity of his abstraction, and the importance of "negative" space in his work are especially appealing to Cynthia. There are three designs, each of which is available in two sizes, a 6" x 6" small and a 4' x 4" mini. 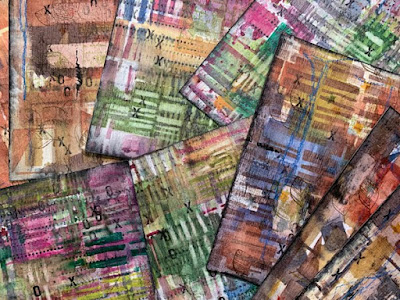 The MiniWindow Shades and the Hi-Rise Window Shades are a take on Kelly's study of shadow patterns on windows. They offer the opportunity to create landscape scenes as viewed from a window, as well as abstractions of shape and pattern. 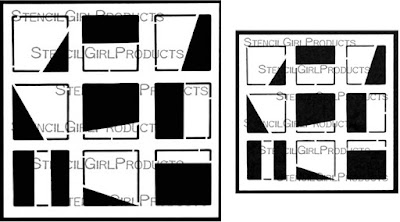 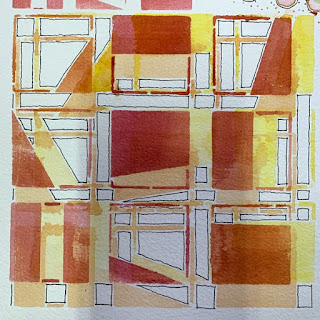 The Broken Line Columns and Fragmented Line Columns are a version of the classic work of Kelly where he painted lines and then cut the paper apart and reassembled it to create a new abstract pattern. With this stencil, one can assemble and reassemble the columns of lines in at least 720 different permutations! Of course, you can also use parts of the stencil to create your own unique designs and patterns. Cynthia loves the rhythm of this stencil! 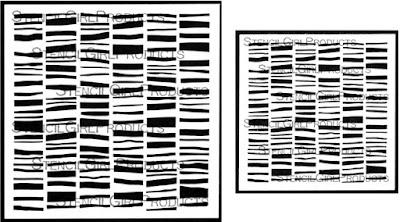 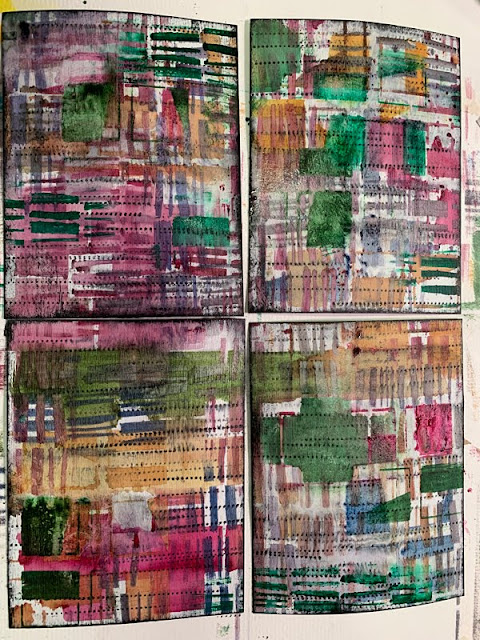 The CrossSquare Waffle and the Crossed Square stencil is a version of the simplicity and positive/negative play of squares (or in this case, nearly squares!) in a grid formation. With this stencil the layers and depth that can be created with it offer mystery and fascination for your journal page. 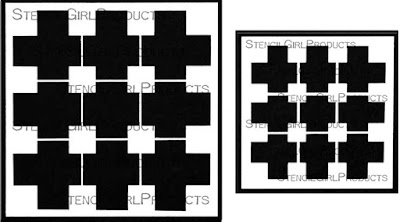 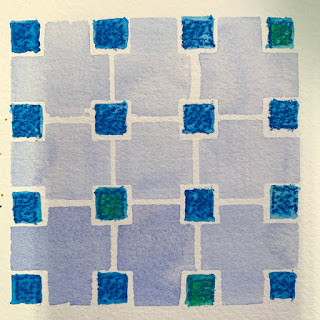 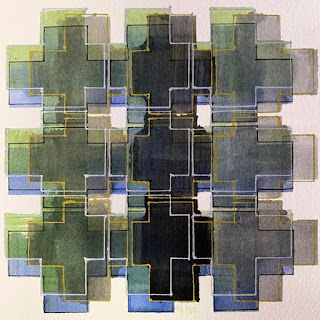 Using Stencils with Watercolor from Cynthia Silveri on Vimeo.

Don't you love the way she painted an abstract floral with this stencil? 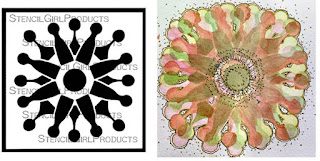 A Conversation with Matisse by Carolyn Dube 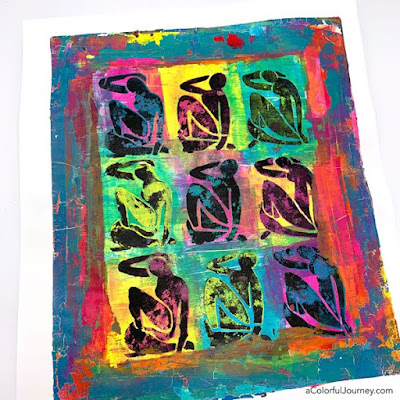 Carolyn says, “Matisse was a master of color and an artist who did not adhere to the rules. If you were sitting down with him have a cup of coffee while chatting about the creative process and our artistic journey, these are the words of advice he would give. What he said then is just as true now.” 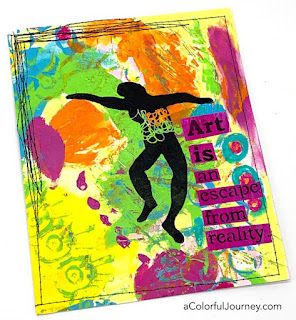 Carolyn designed this stencil so you have the choice to cut the figures from the quotes apart or leave them on as one big stencil. 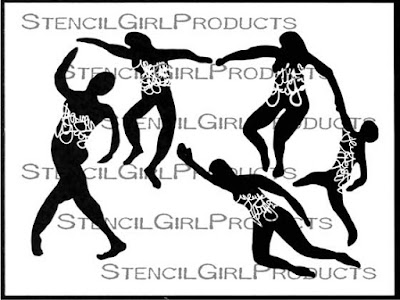 The 5 dancers depicted in the Dancing with Matisse Stencil will fill your art with motion. The silhouettes in this fluid formation are each graced with scribbled with positive intentions. 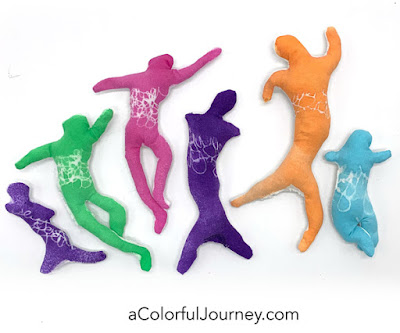 The stencil was inspired by the Matisse series of works called Dance.

Carolyn says, “Matisse was one of the first artists in the early 1900’s who stepped away from traditional painting. He gave himself the freedom to do it how he wanted, including using gestural shapes depicting the human form.” 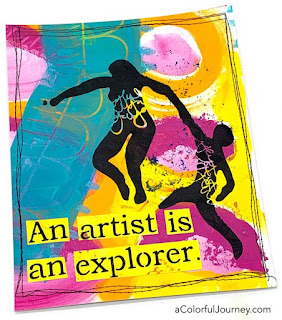 Carolyn’s wish: “May it give you too the freedom to make art the way you want, the way that brings you joy.” 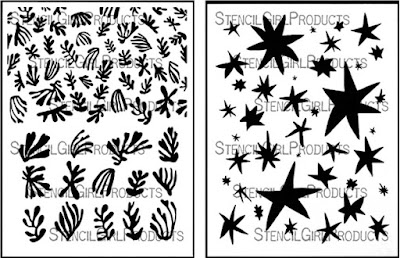 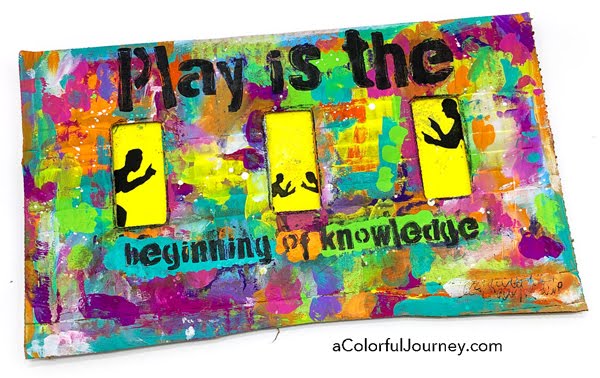 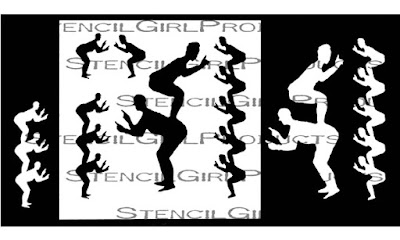 Silly Silas andSigmund appear in the stencil by the same name. These 2 characters are like vaudeville stage managers of our lives who just can’t seem to take things too seriously.  Silas, on the bottom, is trying to corral all the everyday happenings, the feelings, the thoughts, while Sigmund is perched up top, to get the best view of the show we call our lives. 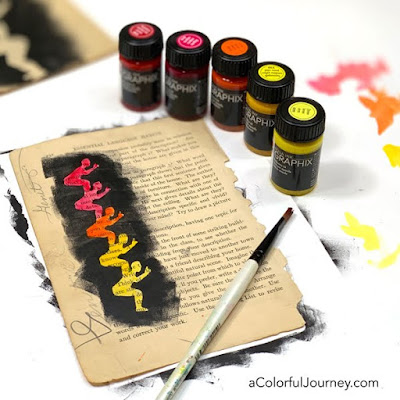 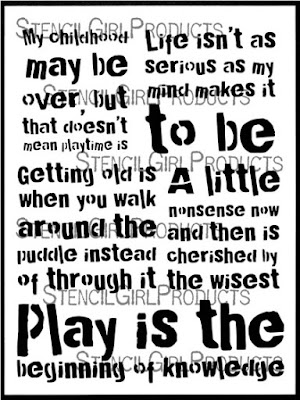 Play isn’t just for kids! Grown-ups need that time too! Give yourself permission to play, to let go and be in the moment. 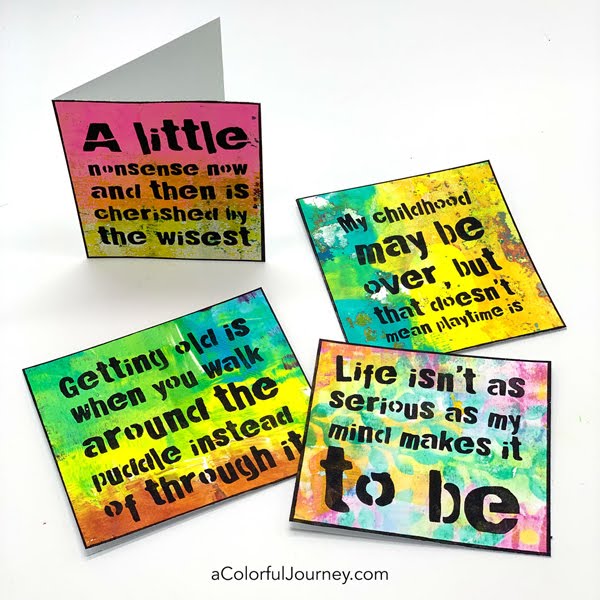 These paradoxical yet truthful phrases can be used with paints, inks, molding pastes, watercolors, fibers, and more! Use the entire stencil or pick and choose just some of the words to the wise. The choice is yours! 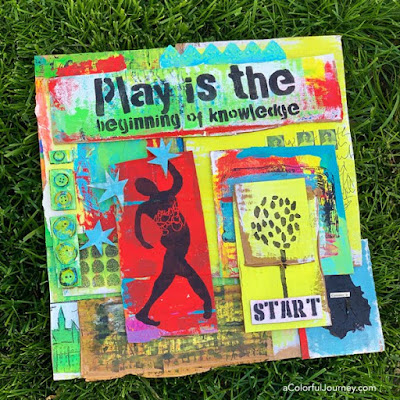 You can discover and order the latest stencils HERE.