The Year of the Mask

It hardly needs to be said that 2020 has been a challenging year.  I, for one, will not be sorry to see it end this week.  There were many disappointments for me - including two canceled trips to Europe.  I had hoped to visit Amsterdam in March to see the great Dutch master paintings in the Rijksmuseum with my daughter.  March? Not so much.  Then in September, I was supposed to have gone with MaryBeth Shaw on a stencil-icious art retreat in the Italian lake district.  Obviously, that didn't happen either.  (Next year, right, MaryBeth?)  Of course those disappointments are nothing compared with the terrible losses so many others suffered - in their health and their financial stability, and the loss of loved ones.

And of course, in my state (New York) we have been required to wear masks everywhere in public since spring to control the spread of infection.   My daughter complained her mask was causing breakouts.  For the first couple of months I had to turn around countless times and go home while setting out on errands because I had forgotten to take a mask with me.  I had to order contact lenses so I can take walks in cold weather without the mask fogging up my glasses.   Masks.  Ugh.

But in the art studio, a mask can be a fascinating tool to experiment with.  With a mask/stencil set, you can play with the positive/negative versions of the same image.  With my daily walks in the state park and state tree nursery as my inspiration, I decided to have some fun with masks for a change.  Like many people, I have found great solace in nature this year.  So with a sobering and contemplative mix of grief and hope in my heart I began working with some images in my head, starting with some photos I took on my favorite walk in the tree nursery. 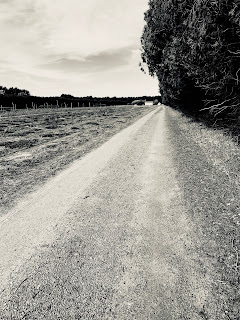 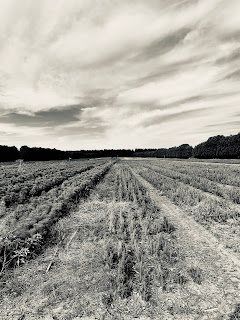 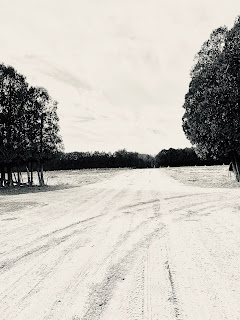 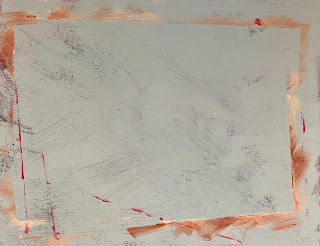 Now, who doesn't have an old canvas board lying around the studio?  Clearly this 11x14 was a failure that I had gessoed over, and then used while painting some other, smaller substrates.  I grabbed some colored gessoes and a botanical stencil by Rae Missigman and made this ground more interesting to work with.  What I had in mind required me to build up a lot of dark values at a horizon line, using Prussian Blue mixed with Burnt Umber to make a good not-quite-black tone, as well a variations of the blue and brown, and a bunch of random scribbles with pencil.  The result was much more promising.  This stencil also come with masks, but here I was only using the stencil part. What I wanted was a layer of organic texture, which these delicate leafy stencils provided.


I then needed to lay out my images.  In honor of the dizziness of this year, I decided to warp the horizon, and I tore and frayed the edges of my pictures so they would be easier to blend into the background.  I also tore the middle image in half to make more room for my featured image - a vintage girl who, of course, represents me.  I am very drawn to the solidity and forthrightness of her pose.  I placed her eyes on the horizon line, a trick I've picked up from figure drawing classes, which has the effect of making her the same height as the viewer.  I printed these images on my favorite paper for this use - "thin white paper" - which I get from a photo supplies dealer online, and which is heavier than tissue but still pretty thin.  It travels successfully (most of the time) through my laser printer but is easy to collage down using soft matte gel and even remains slightly see-through.  Once these were dry, the next step was to merge the images into each other and into the background, which I did with more of the same stencils and colors, as well as Stabilo All Pencil, titan buff heavy body acrylic, some acrylic marker - basically anything that would allow me to blend these forms into the background and into each other. Because the paper is very thin it is fairly easy to disguise the edges by building up many layers of texture.  The key to incorporating collaged images seamlessly like this is blending blending blending!
Now it was time to use the masks I had chosen.  The critical image I had in mind uses the stag head by Judy Pfaff Daley.  This was what I needed the space for above the focal point - I wanted to give this girl (me) antlers.  It is a somewhat pagan conceit - a humble nod toward ancient cave paintings that show human/animal hybrids, and to the Cernunnos figure of Celtic mythology.  Maybe I just want to have a crown of antlers to feel more powerful and well-defended in these uncertain days.  I created all that dark leafiness in the upper center of the composition for this job.  I also wanted to add two additional antlered figures using a stencil/mask set by Valerie Sjodin.  I sponged titanium white over the antlers of the mask for the girl.  Then for the figure at either side, I first used the stencils with titanium white and titan buff to add the bodies, stenciling again with the Rae Missignman leafy forms.  Then I covered the figures with their masks and darkened around them with a thin glaze of Prussian Blue in order to bump up the contrast. Finally I added antlers to them as well using the antler stencils and titan buff.   A bit of text and a fine sprinkle of thinned out white paint, and this was the me I wanted to present, moodily wandering under a wintery sky.  Having both the positive and the negative of these images to work with - the stencil and the mask - was really fun.  This is me, being one with nature. 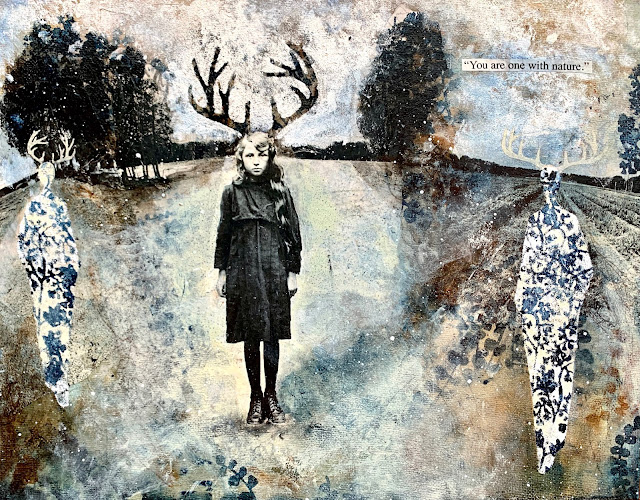 To make it extra moody, I also ran it through an editing app on my Ipad - Distressed FX - to give it a little more atmosphere.   Of course the final painting doesn't look like this in person, but if I want to print this digital edit I certainly can. 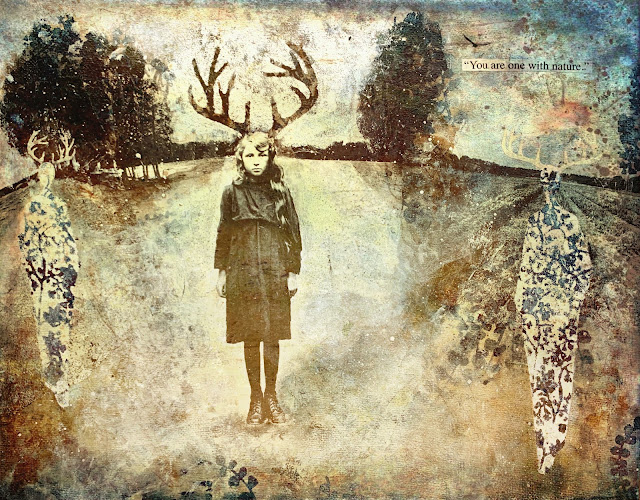 Stencils and masks used in this project: