Today I would like to share with you a project created for my interpretation of the In Honor of theme.

For me, I had to created a project Honouring Australian Soldiers; past, present, and future and I chose to incorporate the red poppy.

I was inspired by an iconic photo, depicted below, [photographer unknown] that is used to represent the significance of the red poppy on Remembrance Day, on November 11th every year.

The red poppy has special significance for Australians and is worn on Remembrance Day each year. Australians wear them for 3 reasons; First, in memory of the sacred dead who rest in Flanders' Fields. Second, to keep alive the memories of the sacred cause for which they laid down their lives; and third, as a bond of esteem and affection between the soldiers of all Allied Nations and in respect for France the common battleground.

The red poppies were among the first to flower in the devastated battlefields. In soldiers' folklore, the vivid red of the poppy came from the blood of their comrades soaking the ground. 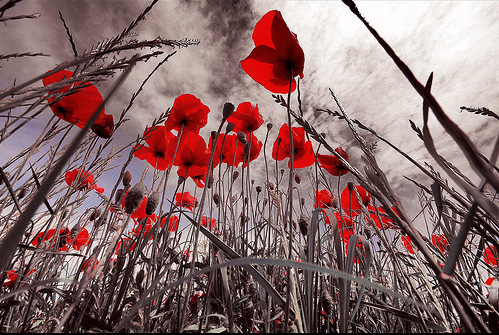 This photo was a direct inspiration for the process of creating this project [image below]. I have used 2 different StencilGirl stencils to depict the poppy field of the photo above, over a printed photo of an unknown Australian Soldier. [From the Australian War memorial Collection]. 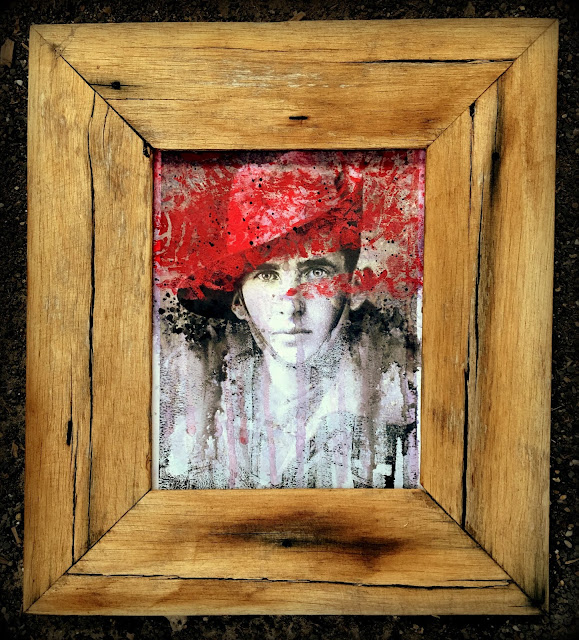 Through various creative steps, I have tried to reproduce the field of poppies in an abstract way.

I was also directly inspired by the color choice of the photo.

After I started creating this project it came to mind, that in a way I was 'artistically' coloring this photo of the 'Unknown Soldier', as photographers used to, when over-painting early photos that were originally printed in black and white or sepia. This was done to enhance the realism of the photo. I like to think that with my over-painting I am enhancing the realism of the 'Remembrance Day'. It kind of added to my personal satisfaction of creating this project. 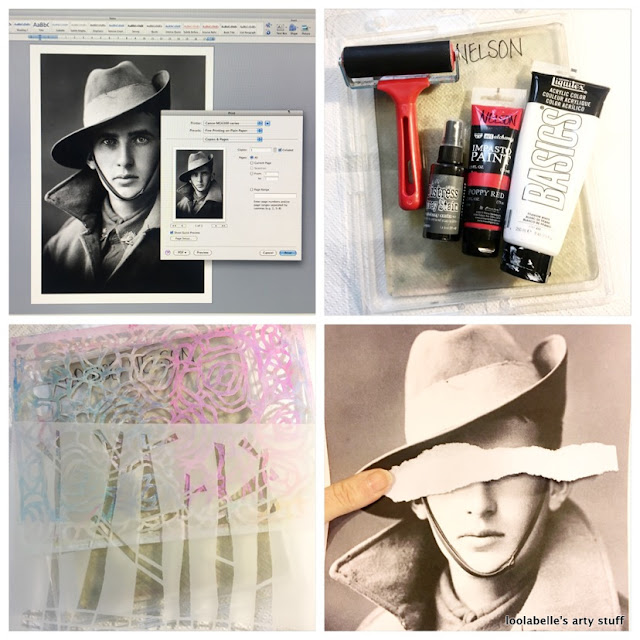 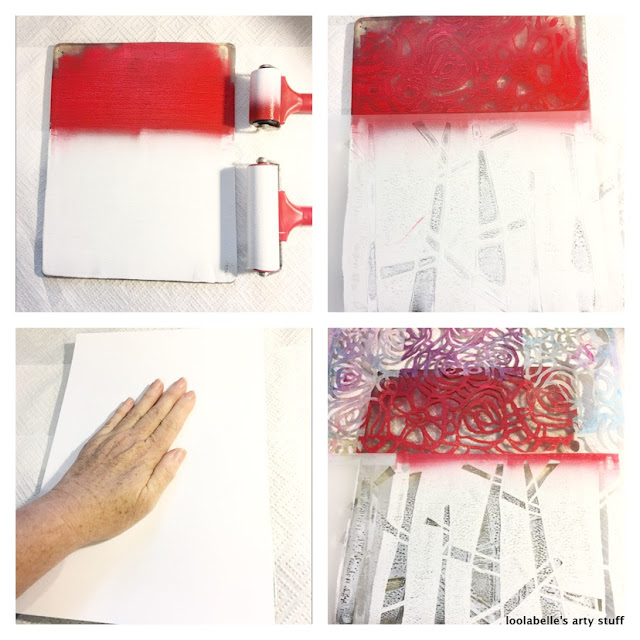 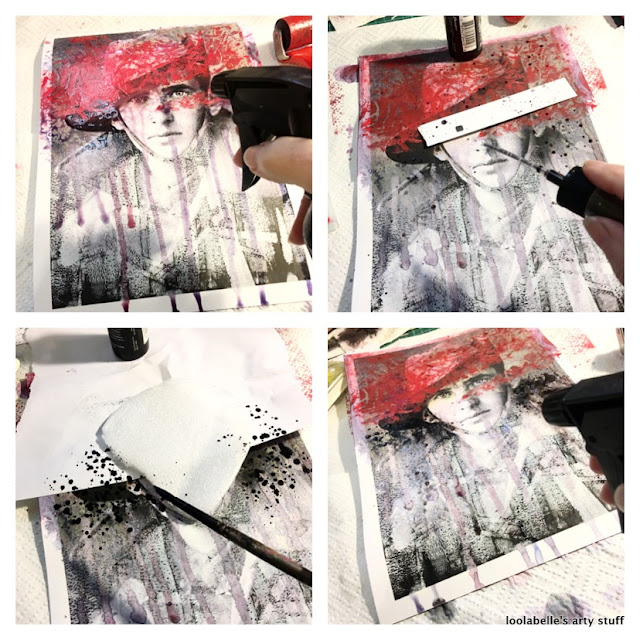 Below are close-up images of the photo so that you can see the effects of the creative process, and how I tried to reproduce the poppy field, flowers and stems. 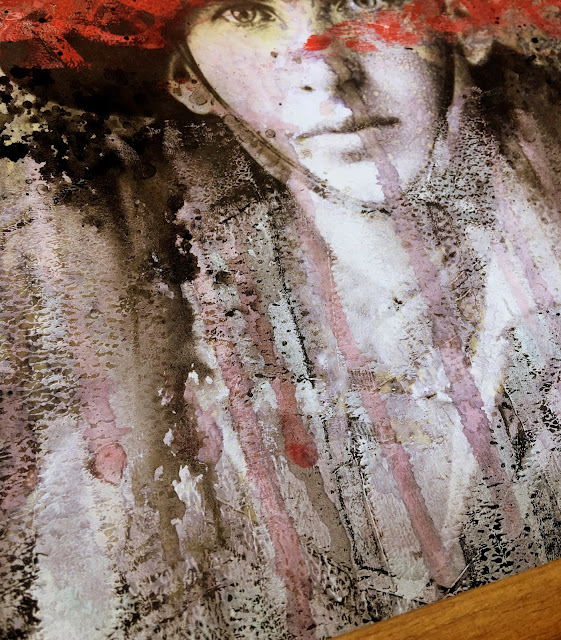 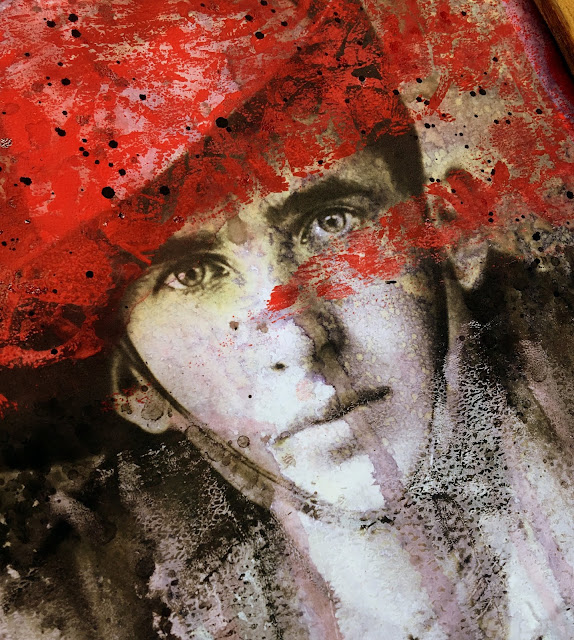 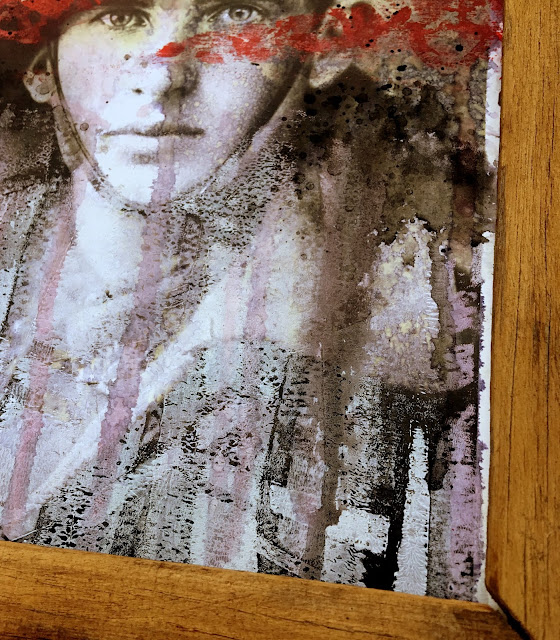 Well, that is my creative fun for this month using the amazing StencilGirl Stencils. I do hope you have enjoyed it.